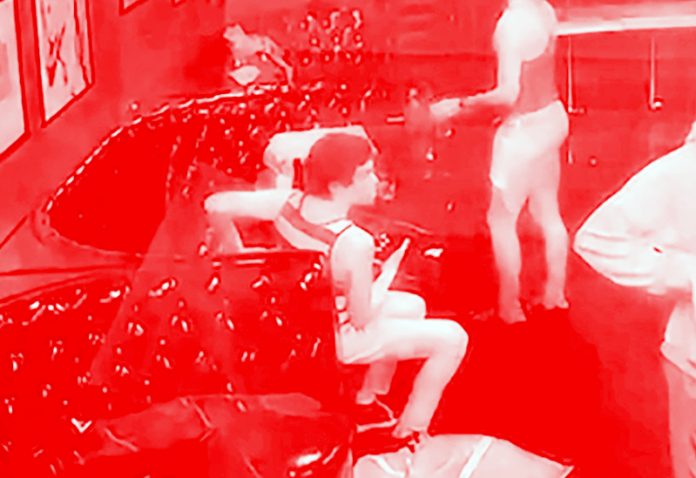 A very grateful Drag performer who goes by the name Nyx Litré thanked members of the nightlife community for their efforts in getting her reunited with the personal items that were stolen right behind her back at Rocco’s WeHo on Tuesday, April 26, 2022 at around 1:40 a.m. According to sources, community members took matters into their own hands when the suspected thief was found. They showed up at his door and he was convinced to return the items. The West Hollywood Sheriff’s were not involved.

“It’s been a draining couple of days, but thanks to my amazing community in West Hollywood and my family and friends, we were actually able to find out who took my sh*t. Who shoutout to those who were able to talk the guy down and get my stuff back. There are no words on how sh*tty it feels to get stolen from, but there are also no words to describe that my community stepped the f*ck up and found this guy before my police report was even made. I want to say thank you everybody who did anything to help me find this and get the sh*t resolved. I got my stuff back matter.”

Nyx added that the moral of the story is to “always watch your sh*t.”

“I’m working on trying to believe that West Hollywood is a safe space. We need to make sure that this stealing bullsh*t stops. It sucks because the person who did steal from us is in our community, but you all became f*cking detectives. I don’t even know why we have a sheriff’s department. You f*cking killed it.”

Video surveillance shows a dark haired male sitting at a booth and pretending to look at his phone. Nyx can be seen standing only steps away when she turns her back and the suspect reaches behind him and walks away with her belongings.

The bag contained tip money from the night, makeup, custom garments, three pairs of heels, human hair unit, and hair tools, “The stealing in WeHo has gotten so out of control and now it is affecting the performer’s safe space who are only coming out to bring joy and pride to the community,” she said via an instagram story.

According to sources two (possibly three) individuals identified the suspected thief and showed up at his door demanding he return the items, which he eventually did. It is not yet clear if Nyx will press charges.

She said more information would be revealed.

Crime Stoppers uses a three part approach to preventing and solving crimes. The first part of the program is to empower the community by providing a safe way to report criminal activity. Secondly, Crime Stoppers partners with all forms of media in the Los Angeles region to inform the community on how to anonymously report crimes. Law Enforcement is the final part of the triangle; they follow-up on tips from community members.

I wish he could express himself without swearing so much. Shows a lack vocabulary. Glad he got his stuff back.

I was thinking the exact same thing… less swearing please. Just brought down the level of class immensely…. But then again… it is man who’s job is wearing wigs and shaking her tits to pay the rent so what more can you expect.

‘Shows a lack of vocabulary’ wow you’re being all precious and clutching your pearls about a swear word, meanwhile poor thing got robbed in her own place of work. Nice…

Wouldn’t you be upset if someone had stolen your stuff? Sometimes people cuss when they are upset.

I don’t blame (her) for the explicatives. I get it, she’s angry. But, The WeHo Times does have editorial discretion and could simply do its job and edit the copy before it publishes it for its readers.