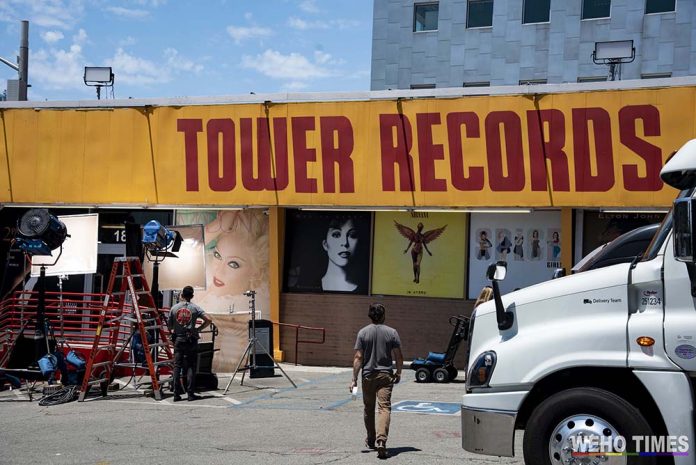 LIGHTS! CAMERA! ACTION! The former Sunset Tower Records Store building located at 8801 Sunset Boulevard, took us back to the mid-1990s on the Sunset Strip today. The entire building was revamped to resemble what the store would have looked like in 1994/95 during the height of the record store’s popularity for the filming of the Pam & Tommy Hulu TV mini series. It was a nostalgic flashback to when album cover art of the latest musical releases would grace the side of the building. 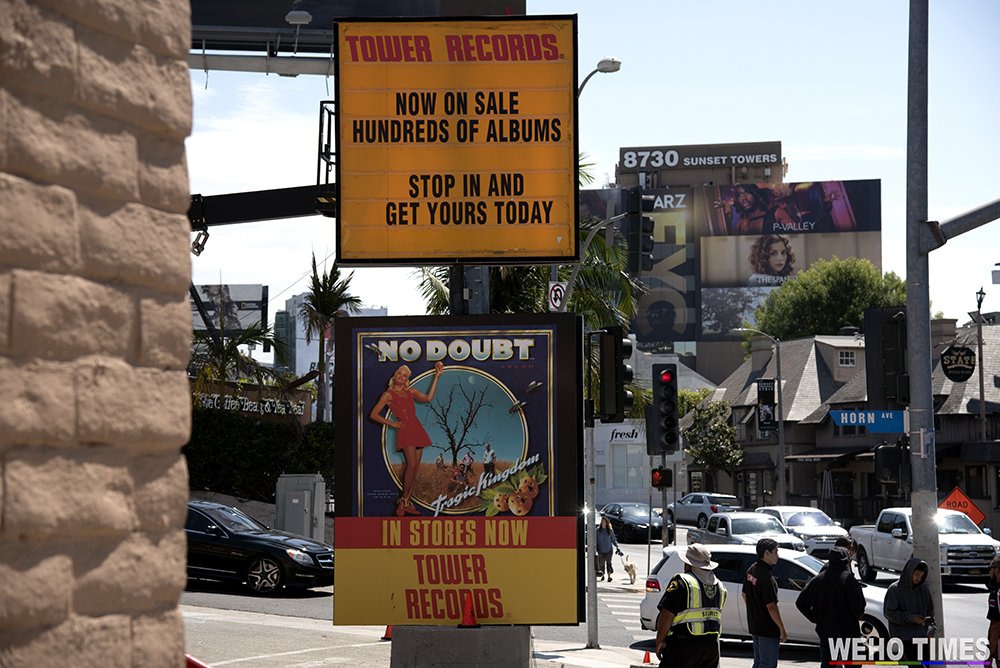 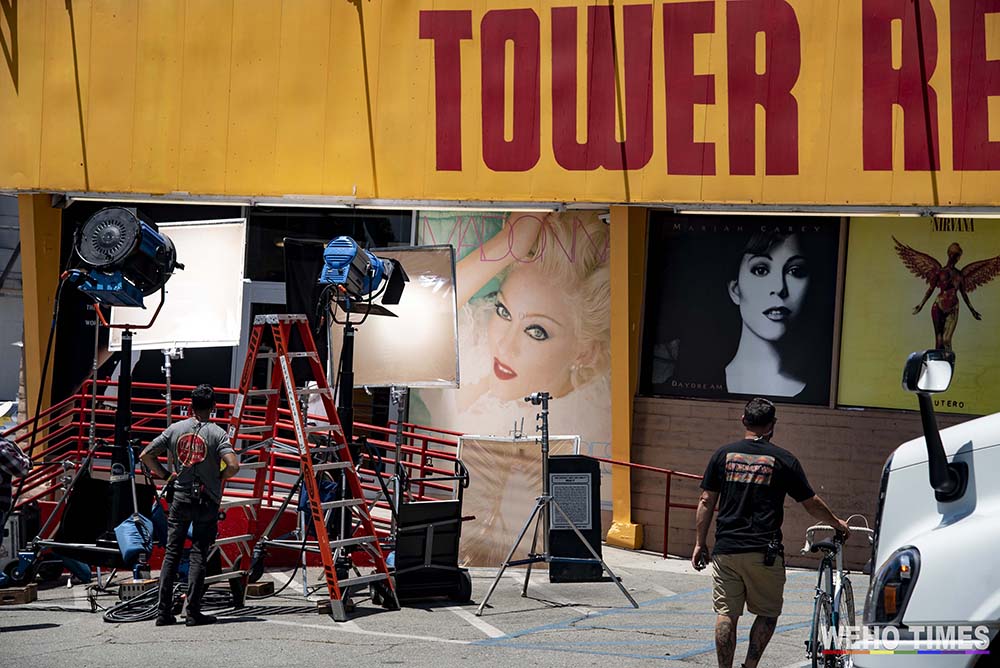 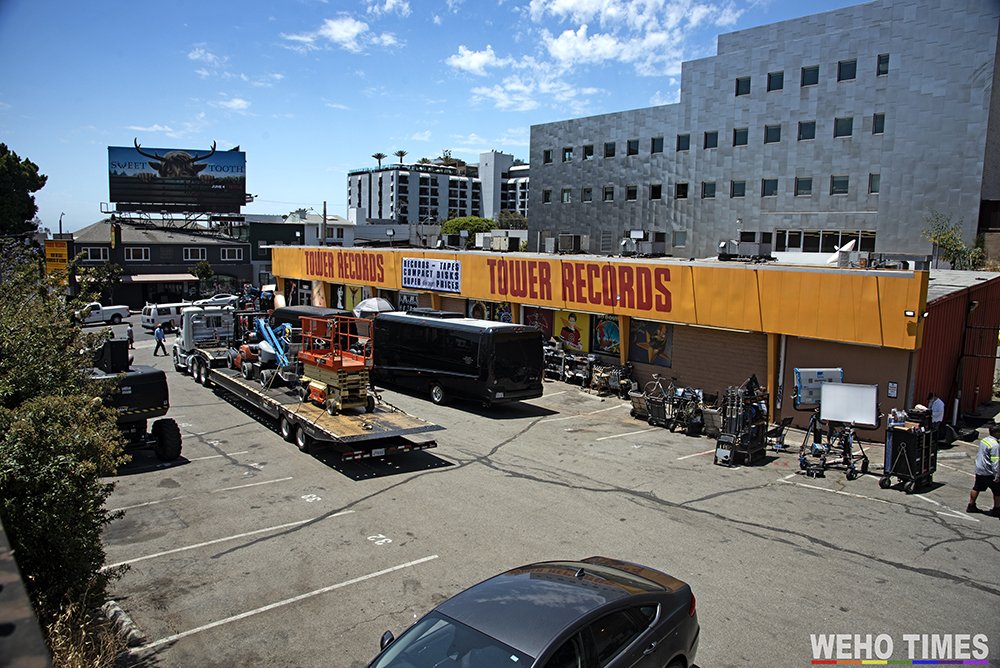 Photos surfaced on social media last night showing the Tower Records Store’s 90s transformation. Madonna, Mariah Carey, Nirvana, Tupac, The Smashing Pumpkins, The Spice Girls, and No Doubt, to name a few, were back on the infamous record store for filming.

Although no one on the set would deny or confirm it, the makeover of the historical Sunset Tower Records site is for the obvious production of the Hulu’s Pam & Tommy–a TV mini series that follows the story of the relationship between actress Pamela Anderson and drummer Tommy Lee. The biopic goes back to their whirlwind romance that started with them marrying after only knowing each other for 96 hours in 1995 (Madonna’s Bedtimes Stories album featured on the building actually came out in 94) and the scandalous sex tape that made them infamous. 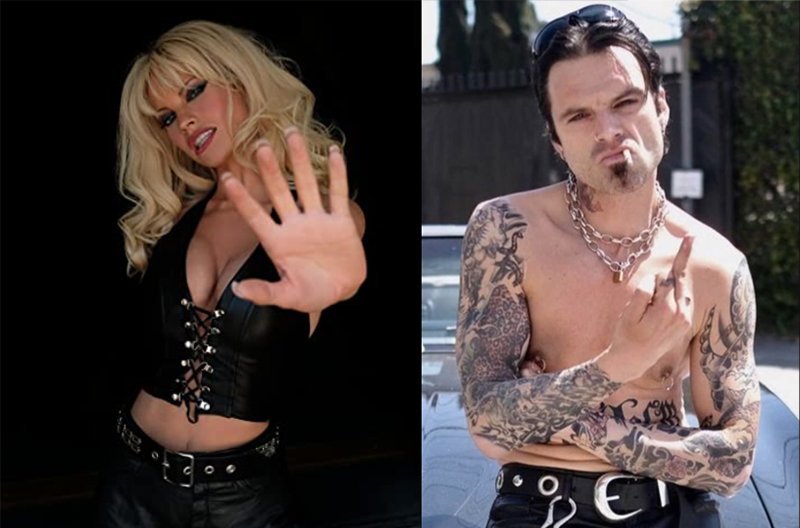 Hulu released photos of the two actors in their full transformation to promote the show. James underwent drastic changes to become Anderson, from the big bleach blonde hair, low plunging tops, heavy makeup, skinny brows, and skimpy dresses, to the the French tips. Stan is also an uncanny Tommy Lee with the heavy tattoos and bad boy attitude.

According to a source, today’s production is only permitted to film until 10 p.m. tonight. It is unclear if the everything will be cleared out by tonight, or if the art will be up for a day or two. Those lucky enough to witness today’s production in West Hollywood got to experience some rich Sunset Strip history. 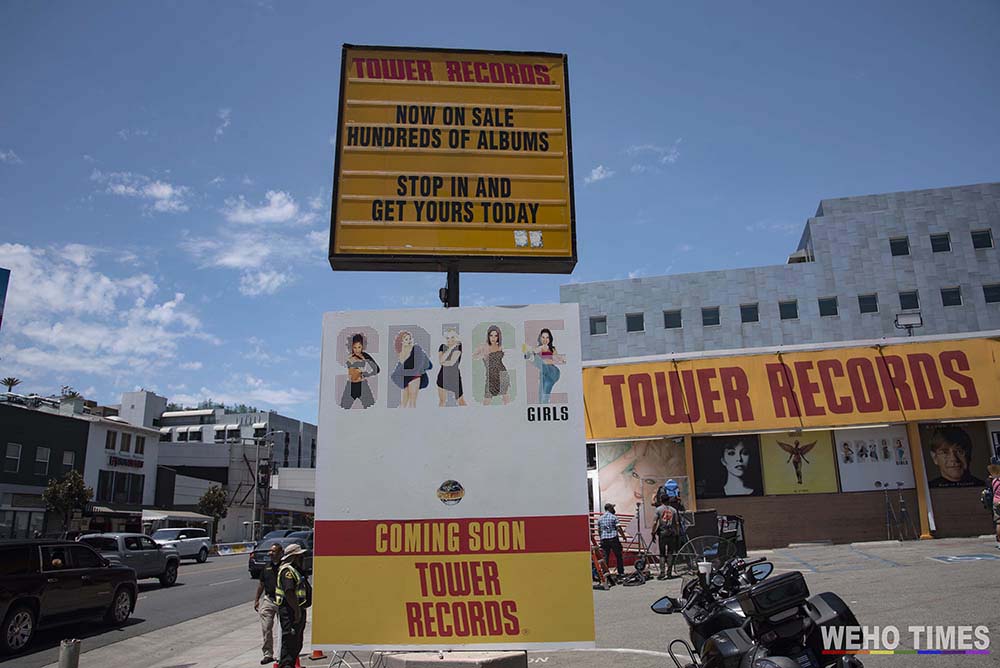 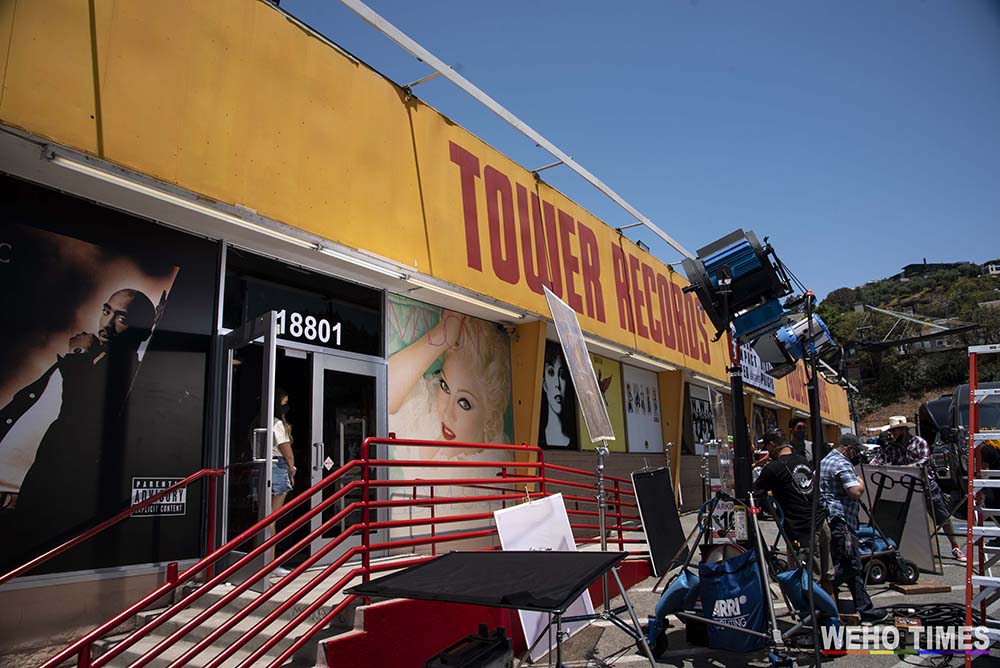 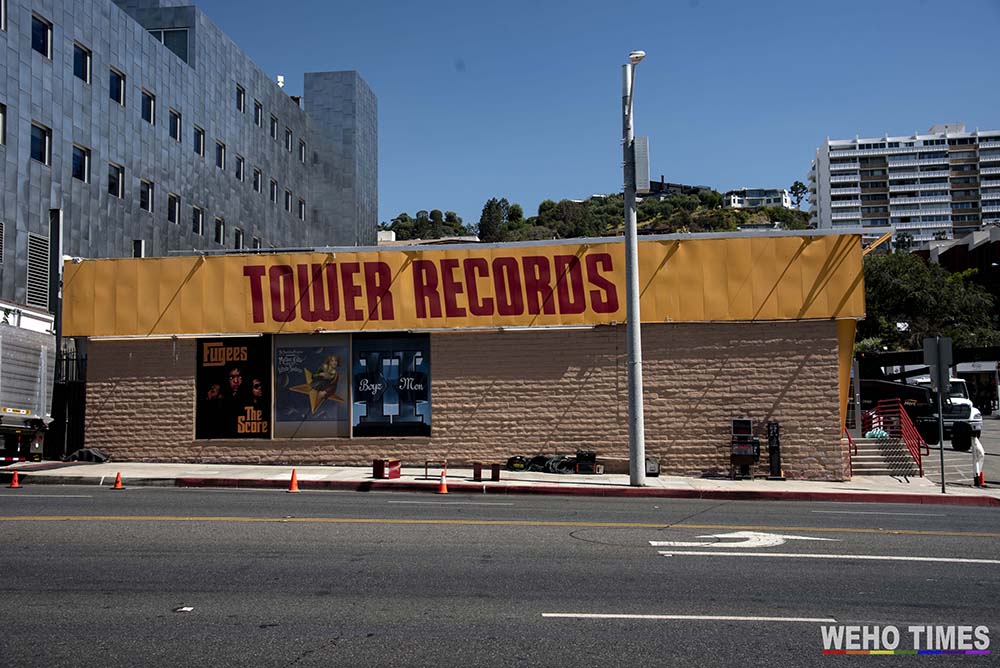 There is no release date for Pam & Tommy as of the posting of this piece.