The Viper Room, Sunset Liquor Store, and Whisky a Go Go are among locations on West Hollywood’s Sunset Strip currently time warping back to the 1970s. It’s all part of Amazon Prime’s Daisy Jones & The Six production based on the Taylor Jenkins Reid novel.

Most notably is the transformation of the front facade of The Viper Room into the former Filthy McNasty’s club which opened in 1969 (prior to that, it was the “Melody Room”). Sunset Strip historian Alison Martino of Vintage Los Angeles reports that “Filthy McNasty’s” attracted celebrities such as Elvis, Mick Jagger, Jim Morrison and John Wayne who liked the club’s no photos allowed policy and low key environment. 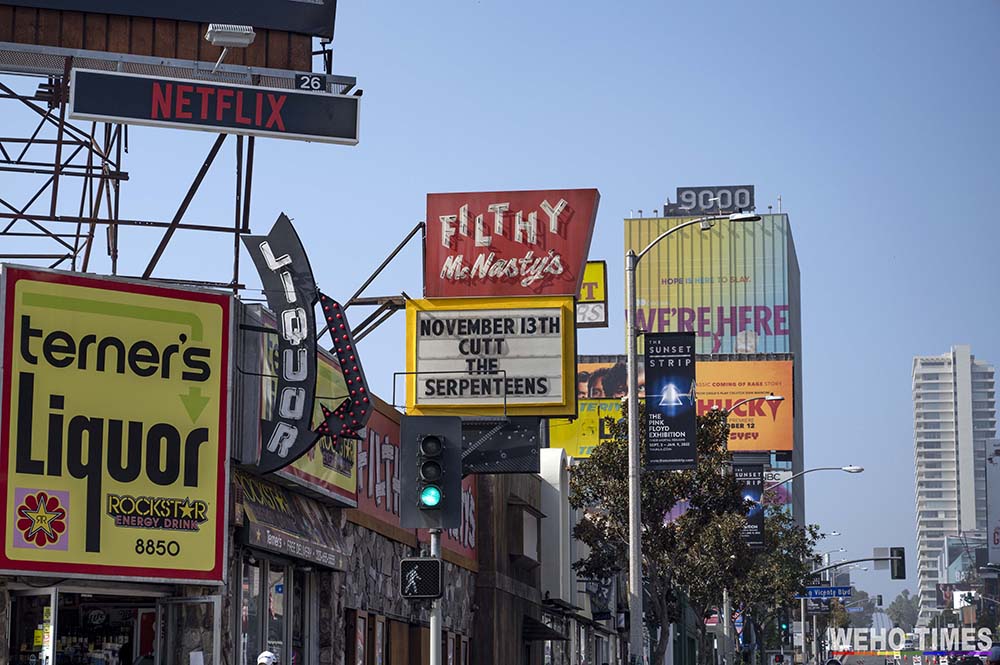 Filthy McNasty’s turned into The Central in the 1980s before becoming The Viper Room in August 14, 1993. Martino wrote a detailed history on the space for Los Angeles Magazine celebrating The Viper Room’s 21st birthday in 2014.

The Sunset Strip Liquor Store at 8860 Sunset Boulevard has also been converted back to The Sun Bee Food Mart for the Daisy Jones & the Six production. 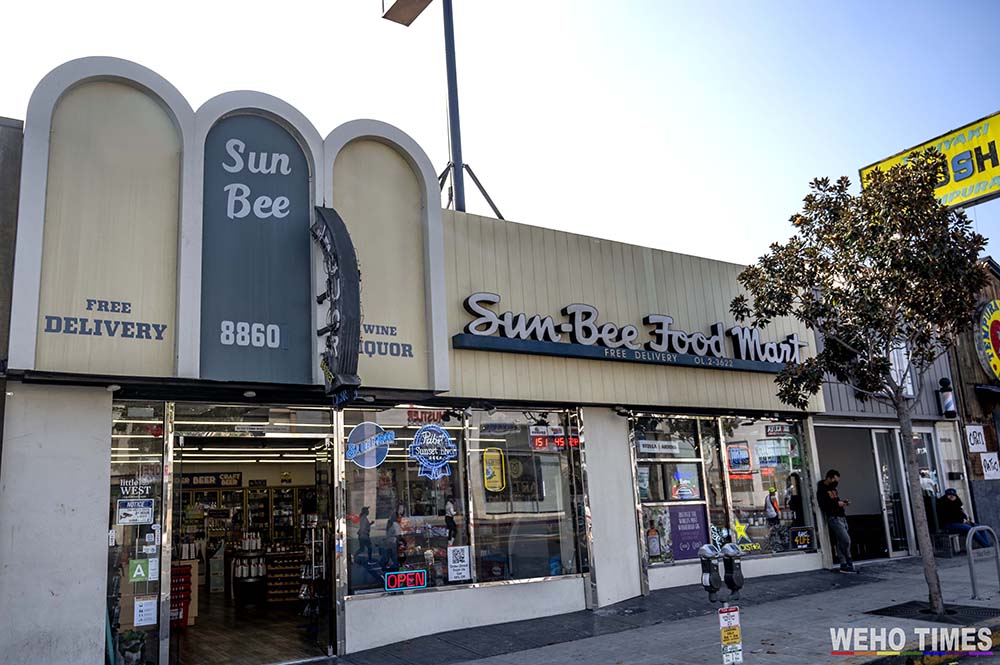 The Sunset Strip’s official Instagram page posted an old photo of the Whisky a Go Go club. It is not yet clear if it is related to the renderings of exterior shots, but film crews have been reported inside The Whisky as part the Amazon Prime production.

A source who works in the vicinity tells WEHO TIMES that the modern banners on Sunset boulevard will be removed and there are other locations in West Hollywood being used for the production. There was mention of some hotels on The Strip, as well as The Troubadour on Santa Monica Boulevard, but that has not yet been confirmed. 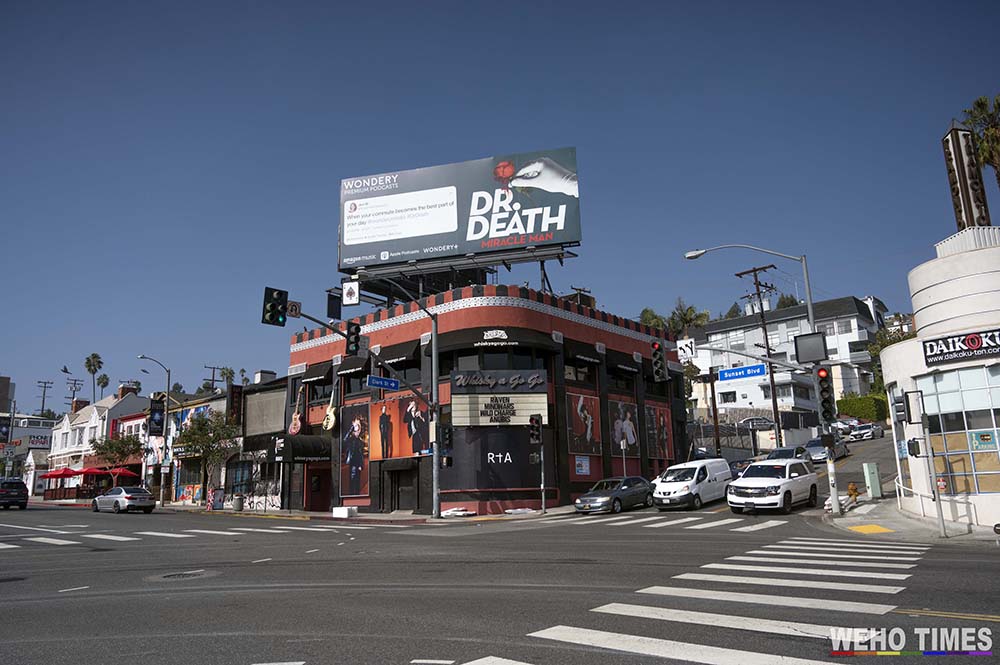 The former Tower Records received a similar historical treatment back in June when the record store was converted to resemble what the store would have looked like in 1994/95 during the height of the record store’s popularity. That production was for the filming of the Pam & Tommy Hulu TV mini series. It was a nostalgic flashback to when album cover art of the latest musical releases would grace the side of the building.

The Hollywood Reporter reports that Daisy & the Six will be a 10-episode series following the rise and fall of a renowned rock band in the 1970s. Timothy Olyphant will play Rod, a loud, brash and outspoken road manager who encourages the Dunne Brothers band to move from Pittsburgh to Los Angeles. As they become the Six and their star rises, it falls to Rod to keep the personal conflicts of the band from breaking them apart. 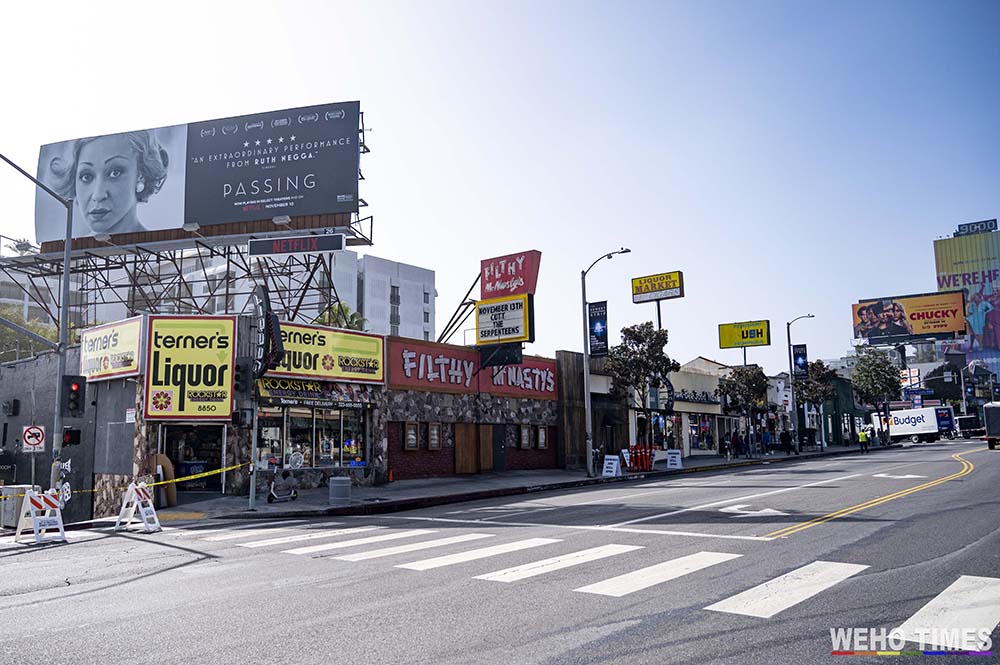 A release date is not yet known.