Home News SUBMIT YOUR PRIDE – ABC7 Wants to Feature Your Photos as Part... 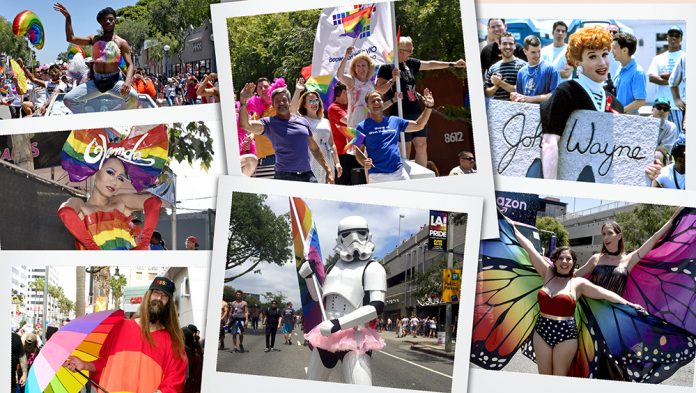 ABC7 is partnering with LA Pride and CSW to celebrate the 50th anniversary of LA Pride. The Los Angeles news outlet is encouraging the community to submit their photos and videos from past pride events for a chance to have them featured throughout June for Pride Month. All you have to do is fill out a form with your submission.

The first LA Pride pride parade, and the world’s first gay pride parade, was on June 28, 1970. According to Reverend Troy Perry, “The Police Commission voted 4 to 1 to place conditions on the parade permit. And they were, 1) you’d have to put up a bond for a million dollars to pay out the businesses when people throw rocks at ya’ll 2) you have to put up a cash bond of $500,000, and 3) you’ve got to have at least 5000 people marching.”

The ACLU got involved. The same day, the California Superior Court ordered the Police Commission to issue a permit to the organizers with the receipt of the $1,500 security payment, but that all other requirements be dropped.

The fine print to submit your photos to ABC7 is as follows:

By submitting video or photos to ABC Holding Company Inc., you confirm that you have all of the necessary rights and permissions to grant us this license for its use, including the following:

The form to submit your photos can be found here: