Studio One gay disco opened in West Hollywood 48 years ago today, May 1,1974. Will Kohler chronicles the legendary dance club (formerly The Factory) in the the blog back2stonewall, when it was the largest of its kind with four bars, a dinner theater, a jewelry concession, and a game room, quickly establishes itself as L.A.’s premier gay nightclub, “the disco to end all disco.”

“The secret to Studio One was its specificity and excellent execution. The owner, Scott Forbes, was dubbed ‘Disco King’ by the Los Angeles Times in a 1976 feature,” writes Kohler. “He was quoted saying ‘Studio One was planned, designed and conceived for gay people, gay male people’ (LA Times, 1976). Forbes also fixated on the issue of “the Door,” (much like Steve Rubell and Studio 54 in NYC.) which he thought was the demise of many discos, unwelcome patrons gaining entry. This is apparently what made Studio One what it was: a sort of gay male haven. 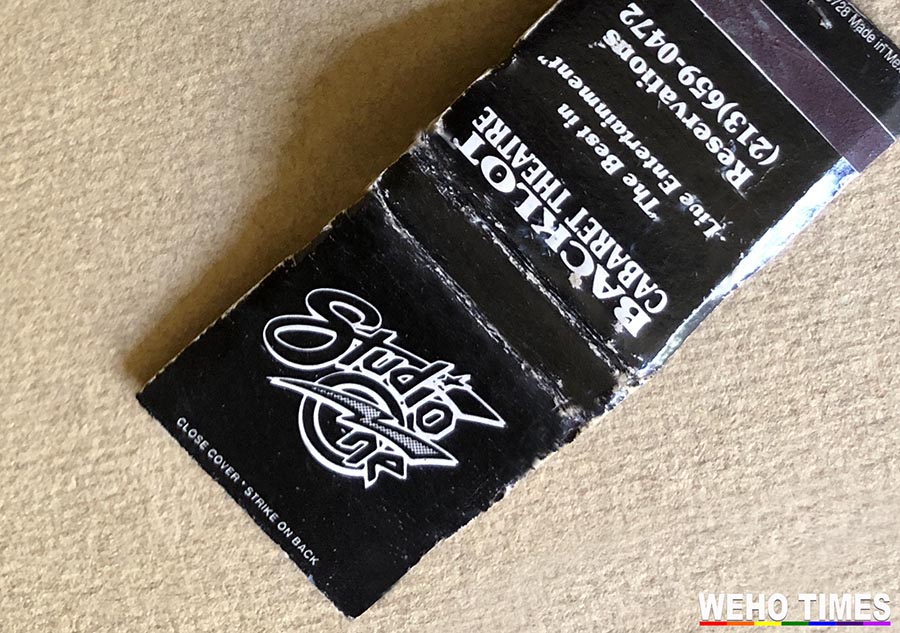 He also writes about Studio One’s controversies when the club catered almost exclusively to upper-class, white gay men. In 1976, Los Angeles Times ran a story about accusations of discrimination.

The legendary disco is the subject of a documentary called Studio One Forever about West Hollywood’s historical Studio One gay disco and its sister music venue The Backlot, from 1974-1993. The doc covers the rise of the disco craze and the gay civil rights movement, to the tragic days of the AIDS crisis that rocked the community.

Directed by Marc Saltarelli the documentary will pay tribute to a generation of gay men who came of age during the era of Scott Forbes’ Studio One (dubbed the King of Disco), the significance of the club and the turbulence of the times hold a profound place in their hearts and minds. From 1974-1994, the club saw the rise of the gay rights movement, the rise and fall of disco and the darkest days of the AIDS crisis when the club became ground zero for AIDS activism. Climbing the staircase and entering the hallowed hall gave its young LGBTQ patrons a sense of freedom and acceptance during a time of rampant homophobia and police harassment. Young gay men would find a sense of community and safety here.

Connected to the dance club, The Backlot evolved into the hottest live music venue in town. On any given night, you could catch established stars like Liza Minnelli, Chita Rivera or Eartha Kitt alongside up and comers like Roseanne Barr or Rosie O’Donnell on the verge of taking off.

Lots of fond memories at Studio One.