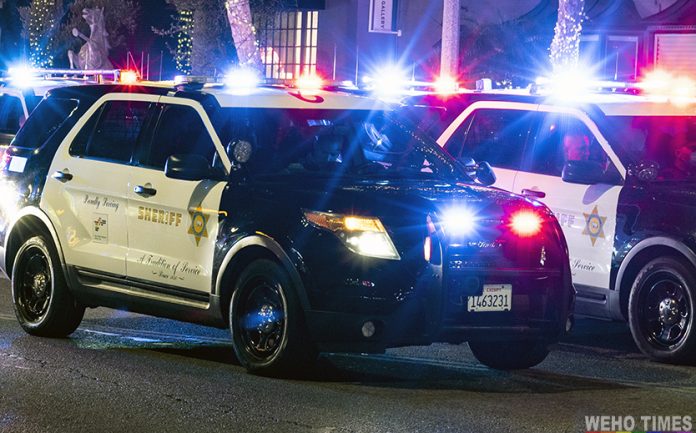 A strong-armed robbery occurred at the 8800 Block of Sunset Blvd in the City of West Hollywood on Sunday May 8, 2022. The West Hollywood Sheriff’s Station reports a call was made at approximately 12:52am and that suspects in a black Rolls-Royce stole two watches worth $19,000 combined.

Deputies arrived at the location where they identified two of the victims. According to West Hollywood sheriffs, both victims appeared to be under the influence of alcohol and “were verbally and physically uncooperative during the initial part of the investigation.”

The female victim told deputies they were robbed by “several male Black adults who were driving a black Rolls-Royce vehicle.” The suspects approached the victims in their vehicle after an altercation in the parking lot. The suspects stole one watch from the female victim and one watch from the male victim using bodily force. The watches are described as a female “Michael Kors” brand, valued at $1,000 and a “Rolex” brand, valued at $18,000. After the robbery the suspects entered the dark colored Rolls-Royce and drove away southbound towards Larrabee Street, and out of view.

The suspects were described as 4-6 male Black adults, wearing dark clothing. The victims did not know the suspects prior to the robbery. All the suspects are still outstanding. One of the victims sustained minor injuries during the incident.

West Hollywood Station would like to remind community members to be observant, look around and always be aware of your surroundings. Robbers and other criminals are often tempted by money, jewelry, clothing and electronics. Please do not flash valuable items in public or leave them in your cars.

If you see something, say something. Anyone with information can drop a tip at https://www.lacrimestoppers.org.