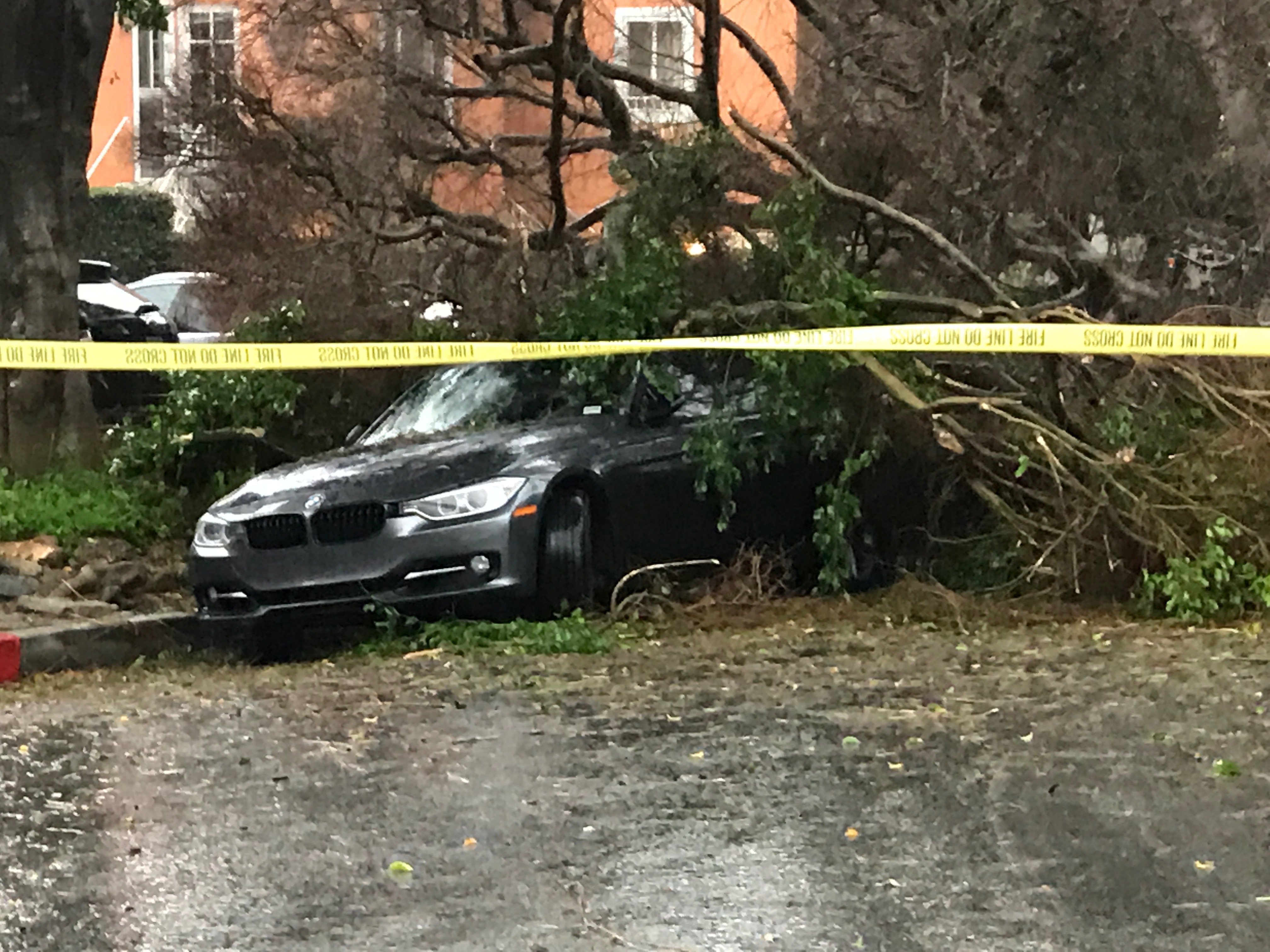 Torrential rains and powerful winds downed a massive tree at the intersection of Westbourne Dr. and N. West Knoll Drive in West Hollywood today at approximately  3 p.m, causing a street closure on Westbourne Dr. between Santa Monica Blvd and West Knoll Drive. No injuries have been reported yet but a BMW sedan appears have suffered major damage.

The strongest storm to hit Southern California in several 6 years is expected to bring torrential rain, flash flooding and powerful winds today.  The storm is expected to dump up to 6 inches of rain on Los Angeles County according to the National Weather Service.

WeHo Offers Three Ways to Give Back on Martin Luther King Jr. Day of Service