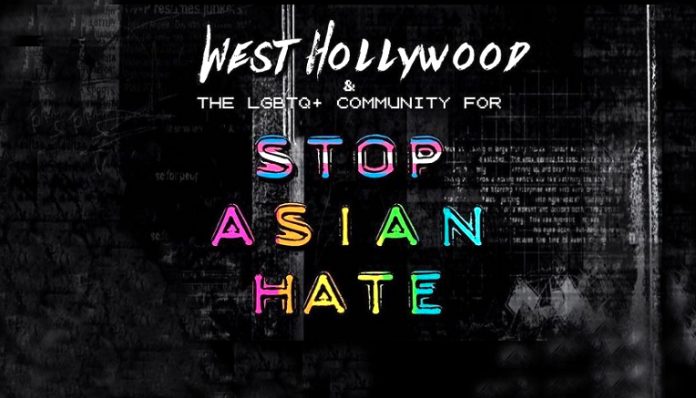 A Stop Asian Hate rally is taking place in West Hollywood on Saturday, March 27, 2021, beginning at 12 p.m. The demonstration is in response to the rise in violence against people of Asian descent who are being targeted and blamed for the COVID-19 pandemic.

The city of West Hollywood community is gathering with the LGBTQ+ community and its allies on the corner of Santa Monica Boulevard and La Cienega Boulevard, in support of the Asian-American, Pacific Islander communities. Before dispersing, there will be a peaceful march through the city.

“In support of @stopasianhate and @dayofsolidarity, we are honored to announce today the details for West Hollywood’s march to stand with the Asian, Asian-American, and Pacific Islander communities,” reads an instagram post on the @stopasianhateweho account yesterday. “This Saturday, we join a growing list of 50+ cities to stand against AAPI hate in a ‘National Day of Action’ in tandem with the @answercoalition. Join the West Hollywood and LGBTQ+ communities on this monumental day in our fight for equality and justice. @stopaapihate @wehocity @lindseyphorvath #WeStandWithAAPI #StopAsianHate #StopAAPIHate #DayOfSolidarity”

The Stop Asian Hate is also a call for gun reform after the recent mass shootings at spa salons in the Atlanta area that killed six women of Asian descent, followed by another shooting at a grocery store in Boulder, Colorado where 10 people were killed at random, including a police officer. 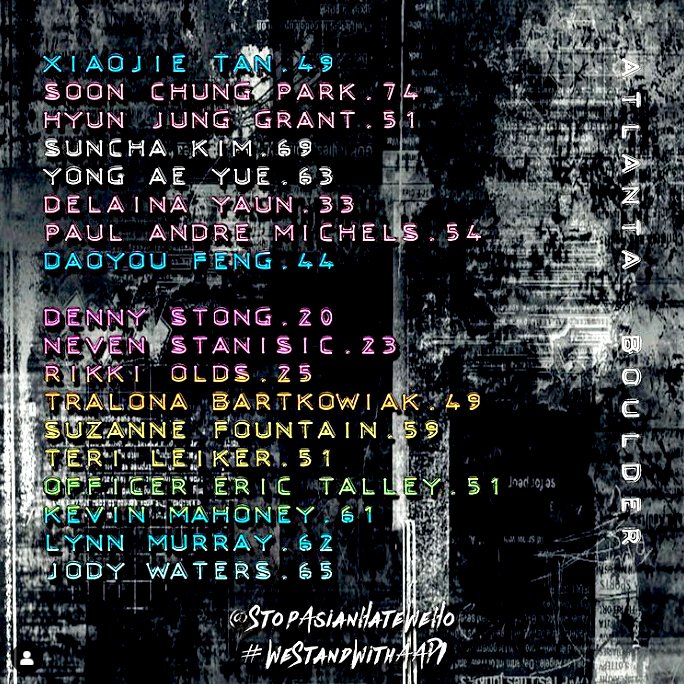 “Common sense gun laws like universal background checks and a ban on assault weapons are struggling to get passed,” reads an instagram posts that includes the shooting victims in the Atlanta area as well as the victims of Colorado. “AR-15s and weapons of war DO NOT belong on our streets. We honor those who in recent weeks paid the ultimate price of Asian/AAPI hate and gun violence. Let this be our call to government officials that we have had enough: GUN REFORM NOW.”

West Hollywood Mayor Lindsey Horvath reposted the event on her Instagram account in support of the event taking place in WeHo.

Signs of pride, love and support are highly encouraged at the march this Saturday. Participants are being told not to block traffic at the event and everyone must wear a mask for safety.

OH MY GOODNESS!! There is NO ASIAN HATE! More democrat propaganda to just split the country, again.