Stolen French Bulldog Luca is Back Home After Vicious Attack 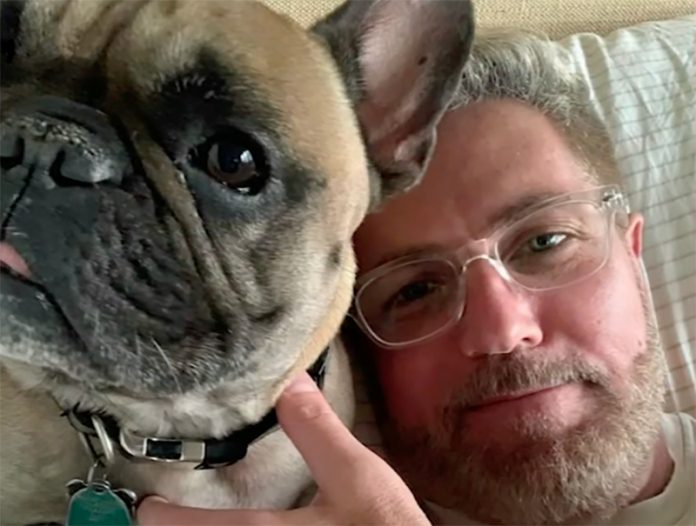 Luca, the Stolen French Bulldog that was viciously snatched from his owner, Robert Marinelli earlier this week, has returned home. There are no details yet on the nature of his return, if arrests were made, or if Marinelli had to pay the $10,000 reward money offered for Luca’s safe return.

It was the stuff of nightmares for every dog owner when a sickly French Bulldog was viciously stolen near the West Hollywood boundary on Shoreham and Wetherly drives, just up the street from Sunset Boulevard. Video posted by ABC-TV Channel 7 shows Marinelli being dragged by the side of a car and flung to the curb where he rolls several times on the pavement. Luckily, he was able to stand and could be seen limping away in pain. The incident happened on December 28, at 7:30 a.m.

Marinelli told the Los Angeles Times that he sensed danger when a man approached him early Tuesday while he was walking his dog Luca, near West Hollywood.

Marinelli tried to grab Luca and make a run for it, but he says he was struck or pushed and Luca was snatched from his arms. The assailant jumped into the passenger side of a waiting black sedan. Marinelli believes his jacket got snagged when the thief slammed the door which is why he was dragged about 200 yards leaving him on the ground with half of his body covered in scratches. His phone was broken and his dog is gone. Authorities say he is lucky to be alive.

LA Times reports that a stolen French Bulldog is often sold quickly in plain view in places such as Hollywood Boulevard, Melrose Avenue and the Venice Beach boardwalk, according to Tim Talman, an officer with the Los Angeles Police Department’s Hollywood Division.

The $10,000 reward bill posted on social media states that Luca Merinelli Carroll is an 8-year-old French Bulldog fawn with black mask. He is missing one toe. He is microchipped & neutered and needs his medication.

This story is developing. Check back for updates.

It was very sad what happened to HIM. But anybody who is so dysfunctional and shallow as to offer $10,000 for a glorified stuffed animal is pathetic. That’s most of a year’s rent for me. Our neighborhood is full of rich people who treat dogs like people and people like dogs. If it was a seeing eye dog I would feel very differently but it is just an emotional crutch for another phony weho designer obsessed with wealth and appearance. You don’t get rich by treating humans like humans you know.

Glad he was able to retrieve his sick and disabled dog. However, the dog thefts won’t stop until he and others stop rewarding the thieves with $10,000 rewards.

This will only encourage more dog thefts while they have one of their “friends” come out and say they “found” the dog to collect the $10,000.

Similar story happened in SF over the weekend.