‘Stealing in WeHo is Out of Control!’ Nyx Litré Seeks Help to Catch a Thief 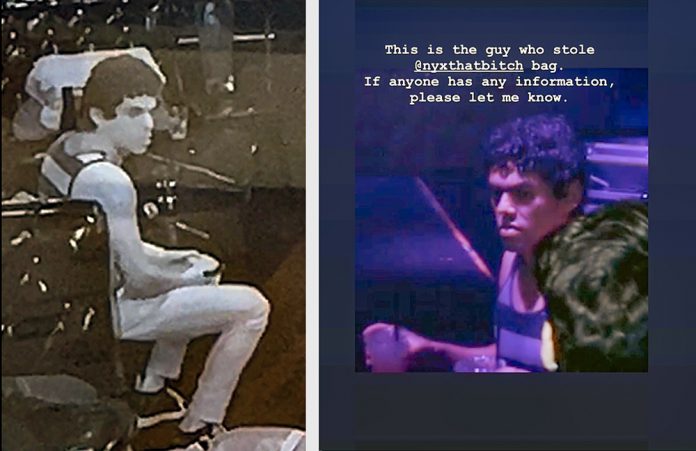 “I’m just heartbroken because it happened directly behind my back…” Drag queen performer Nyx Litré had her Louis Vuitton bag stolen with money and personal belongings at Rocco’s WeHo on Tuesday, April 26, 2022, at roughly 1:40 a.m., after her show during Make Out Mondayz. Members from the West Hollywood nightlife community are asking the public for help to catch a thief.

Video surveillance shows a dark haired male sitting at a booth and pretending to look at his phone. Nyx can be seen standing only steps away when she turns her back and the suspect reaches behind him and walks away with her belongings.

Nyx tells WEHO TIMES she called the West Hollywood Sheriff’s (the Sheriff’s Station is right across the street from Rocco’s) and they took a report.

“Besides my tip money from the night, it was stuffed with makeup, custom garments, three pairs of heels, human hair unit, and hair tools. Everything that would have no use to anyone but me,” she said. “I’m just heartbroken because it happened directly behind my back and he had already been asked to leave the dressing room prior when he was making my performers uncomfortable. All I want are my things back and for justice. The stealing in weho has gotten so out of control and now it is affecting the performer’s safe space who are only coming out to bring joy and pride to the community.” 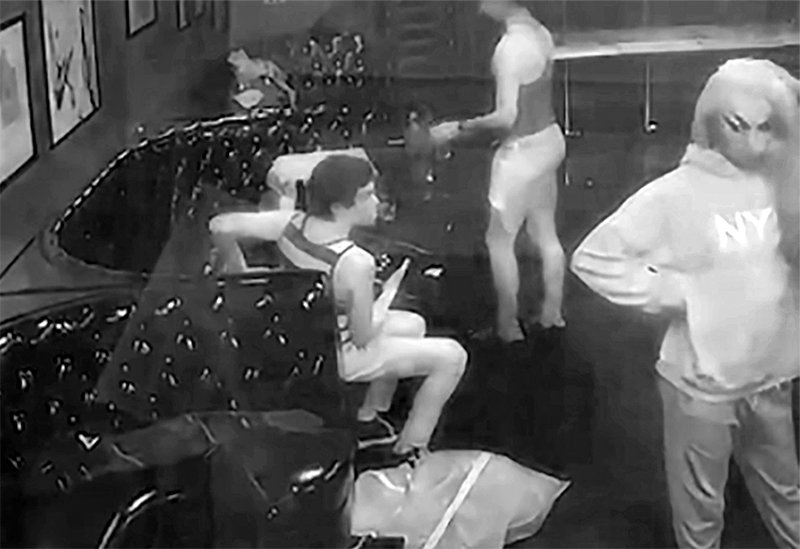 She says the community has rallied to support her, something she says fills her with gratitude.

“I’m overwhelmed by the love and support by the people in my community,” she said. “People have been doing everything they can and have been so supportive. I’m speechless by the amount of love that has been pouring out. But now we need to make our community safe. We need to show that we can’t be messed with and how strong of a community we are.”

The video footage is making its rounds through social media.

“FIND THE THIEF THAT PROBABLY STEALS ALL OUR PHONES WHEN WE ARE OUT,” Posted @MakeOutMondayz via Instagram. “This one got away with @nyxthatbitch’s drawls and makeup and her good Santee Louis Vuitton bag. 😹😹 @therobflo knew this dude was bad news and we had already escorted him out the back room before. Who is this fool!?”

“The part that has me so shook is that now these thieves are going around West Hollywood and think they have so much power and they are getting so confident, that they are stealing from our dressing rooms and now they’re stealing from literally right behind us,” she added. “We need to put a stop to this. We need to stand up and say this is not happening anymore. It is not not OK. I’m literally standing right there and didn’t even notice him and he had the balls to do that right behind my back. It’s insane.”

Nyx Litré is looking for tips to that may lead to the arrest of the suspect and the return of her belongings. She also relies on monetary tips as part of her livelihood. Anyone can support her with the latter via Venmo: @PayNyx.