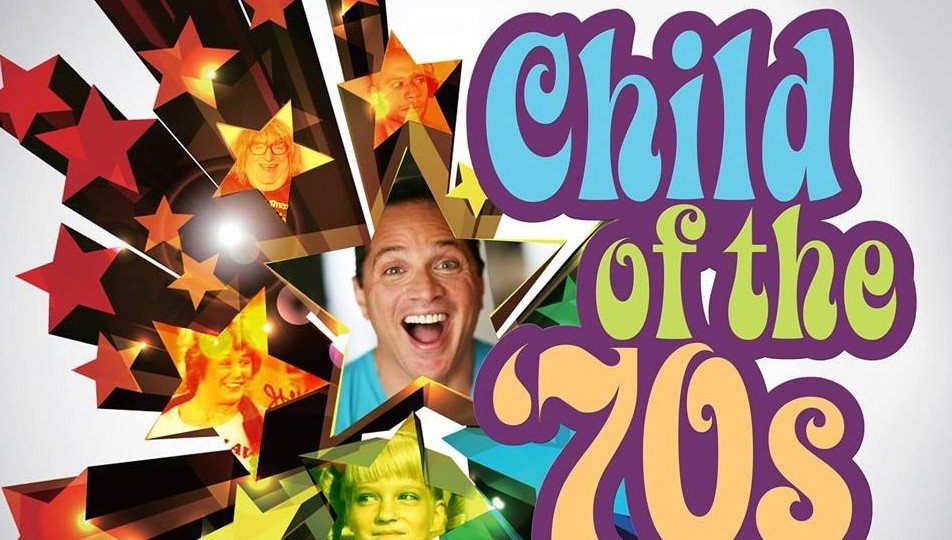 Five years ago, gay West Hollywood resident Michael Vaccaro set out to produce and star in what he called a “gay version of Rhoda” (the first spinoff of the classic Mary Tyler Moore Show that ran on CBS from 1974 to 1978).

“I want to play a gay guy who’s not the butt of the joke, who’s smart and fully realized and complicated, without being a caricature,” Vaccaro, a 25-year veteran of stage and independent film, said in an interview around that time.

The result was “Child of the ‘70s,” a comedy series about a gay actor named Carlo Perdente (Vacarro) who, after his life in New York City falls apart, gets the opportunity of a lifetime. Perdente (Vacarro), receives an offer to relocate to Los Angeles as the personal assistant to his favorite 1970s TV icon, “KiKi Lawrence” (played by LGBT ally Ann Walker, star of the cult classic “Sordid Lives”) – who turns out to be a nightmare to work for.

Child of the 70’s pays homage to Rhoda and is rife with references to the 1980s nighttime soap opera, Dynasty. The first season ends with a recreation of Rhoda’s iconic opening credits. Carlo and Joe’s wedding in the second season lifts several key moments from “Rhoda’s Wedding” (the landmark episode from the first season of Rhoda).

A pool fight between Carlo and Vittorio at the beginning of the third season is a recreation of the iconic Krystle and Alexis lily pond brawl on Dynasty. Carlo and Joe’s separation in the third season borrows from Rhoda and Joe’s own – which also drove that show’s third season; and instead of a Moldavian massacre, Vaccaro gives us an earthquake and a Melrose Place-type explosion!

West Hollywood serves as the backdrop for the series and is home to the main characters. The Continental Kitchen on Santa Monica Blvd and Havenhurst is the favorite neighborhood restaurant and Joe, the personal trainer works out of Harmony Studios on Santa Monica and Croft. And for three seasons, the show hosted huge premiere parties at Micky’s, the former Here Lounge (now Chapel), and Pump.

A bevy of sitcom stars from the 1970s and 1980s have also appeared on the series. Season one featured Donna Pescow (TV’s Angie) playing Carlo’s mother, Carole Ita White (Rosie Greenbaum on Laverne & Shirley) as Aunt Connie, Susan Olsen (the youngest one in curls -The Brady Bunch) as Carlo’s agent Nickel.

The second season features Geri Jewell (Cousin Geri on The Facts of Life) playing herself, and Carlo’s mother is portrayed Lynne Marie Stewart (Miss Yvonne of Pee Wee’s Playhouse). Gina Hecht (Jean DaVinci on Mork & Mindy) plays Carlo’s mother in the fourth season along with Ted Lange (Isaac on The Love Boat) as a gynecologist and Amy Linker (Lauren Hutchinson on Square Pegs) as a police officer. Other personalities who have appeared on the show include gay icon, Bruce Vilanch, as KiKi’s husband in a marriage of convenience, with a not to be missed scene where Bruce gives a blowjob during an earthquake. The cast has also includes many “out” actors and performers such as Gaydar Gun, creator Terry Ray (whose character, we find out, has a very large penis) and Duane Boutte of the acclaimed gay indie, Brother to Brother. Adding to the roster are appearances by Chuck Saculla (who provides a great butt shot in season two), Sebastian La Cause (Orange is the New Black) along with David Zimmerman. Other notables are Andrew Makay, Michael Hennessey, Ralph Mayer, Will Bethencourt, Langdon Bosarge, Renè Marcellus, Bruce L. Hart, Brian Nolan (The Lair), Mel England (Best Day Ever), Joseph Arellano and Trevor LaPaglia.

Tom Pardoe has directed the show for the last two seasons and will be back for season 5. Child of the 70’s is produced by Charlie Vaughn (director of First Period) and Jay Hopkins.

Child of the ‘70s is in the process of raising funds for production of its fifth and final season – with returning favorites, special guests and many unexpected moments planned. Any support (donations, shares on Facebook and RT’s on Twitter) for this crowdfunding campaign are greatly appreciated. https://igg.me/at/childofthe70s5.

To catch up on the show’s first four seasons, you can log on to the show’s website,(www.theofficialchildofthe70s.com) or watch it on YouTube or you can view it on Funny or Die.

Terrence Moss has written for several online publications including a few of his own. You can follow him on twitter @the79show and at Musical Mondays at Rage in West Hollywood – where he performs and hosts its 10pm live show.

was a 12-episode documentary series that presented a completely unscripted portrait of an upper middle-class family of seven in Santa Barbara. It might sound run-of-the-mill now, but nothing of the sort had ever been attempted on American television, and it was a sensation. The nation watched, rapt, as the Louds fought, loved, worked, acted ridiculous, acted completely normal and even divorced all of this during a time when 20-year-old Lance Loud became the first openly gay character in the history of American series television.