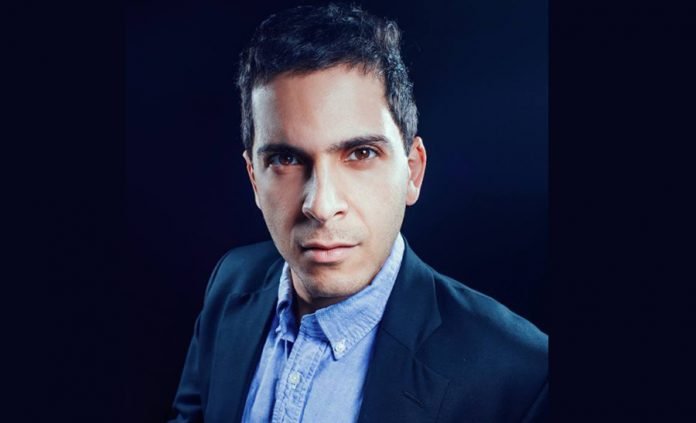 Mahbod Moghadam has all the qualities of a celebrity, but he is too modest to acknowledge it. He is charismatic, charming, funny, brilliant, a child actor and an avid pianist and a bit of a bad-boy, but in a good way. More importantly, his life, career and extraordinary achievements epitomize the American Dream and make him standout.

He attended Stanford Law and graduated with a J.D. in 2008 after which he became an attorney at the law firm of Dewey & LeBoeuf. He was also a Fulbright Scholar to France in 2005. Before Everipedia, he co-founded Rap Genius (now known as Genius), which he started in 2009 with Tom Lehman.

I had the pleasure of visiting him at Everipedia’s Santa Monica, CA headquarters and meet his team. His strengths are so different from mine that I had to find out more about him and his work. Everipedia is such an impressive company that I had to learn about it before I was the last one to know.

What is your background in general, as well as education and experience before co-creating Everipedia?

Check out MY Everipedia – it has the story of my life! That’s basically my mission – to get everything digitized so that everyone knows everything!

(Basically I went to law school, started Rap Genius, got in trouble for stealing from Whole Foods, and started Everipedia) 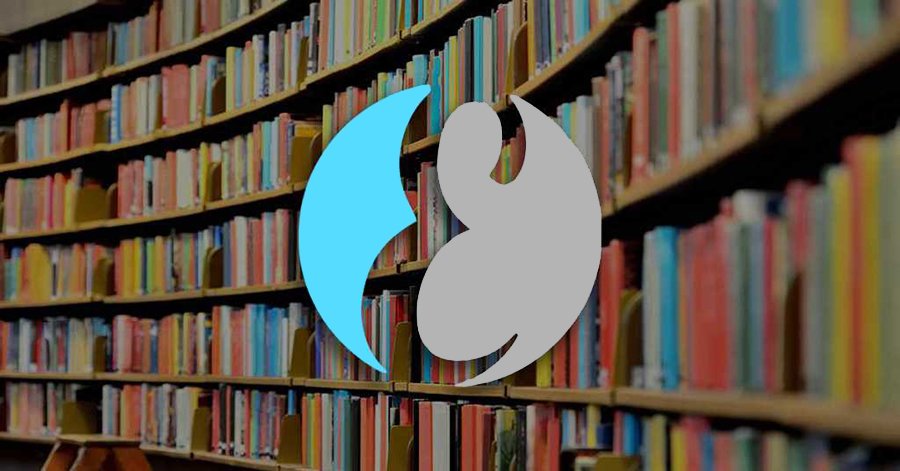 What is your current role/title at Everipedia?

I am the CCO (Chief Community Officer) – I’m in charge of making a page about everything that ever existed….ever.

In 2013, you were included in Forbes 30 Under 30 and have had even greater achievements since. How do you reflect on your illustrious career so far?

I am the only person who was ever in the Forbes 30 Under 30 OVER 30… they let me in because I had turned 30 a month earlier and my cofounders Tom and Ilan were under 30 (they were 29…) So I consider that in itself an accomplishment.

You know it is crazy that people care so much about Forbes 30 Under 30.. it is mainly nepotism, I know so many people who are in it and haven’t done shit. Also, they don’t choose 30.. they choose like 600 different people in different categories grouped by 30! So it should be called the Forbes “600 Over 30″…

I would MUCH rather be in the EVERIPEDIA 30 Under 30 if I was still a yungsta! We actually only choose 30 people – we keep it real.

How has your ethnic background influenced your life and career?

I am Persian to the core. I studied Persian in college and I know many of our classical poems by heart. My cofounder Sam is called the “Persian Zuck”.

What is Everipedia, and how is it different from some of its predecessors?

At first, we wanted to make the better wikipedia. Easier to use etc. But then we raised $30 to make it a wikipedia that rewards writers with IQ – a cryptocurrency that is worth money. Also, Larry Sanger joined us – the Founder of Wikipedia! So we were all over the news and started to really blow up.

Now, we want to build other apps that are also on IQ – we think it is going to be the “Internet Knowledge Currency” – basically we are going to be bigger than Google…

How did the idea for Everipedia come about?

It was Sam and Theodor, our CEO. They built it in college. I was giving a talk at UCLA and they showed me MY page. I tripped out.

Brock Pierce is the guy who came up with Cryptopedia – he and Sam decided to do it while chilling in SF at an ethereum conference! Also we were the first app to announce we are launching on EOS, which is the crypto operating system that has the biggest genius behind it and has raised $4 billion!

What were your objectives in creating this new platform?

Originally, we wanted everyone who wants one to have a page. I was denied a page, and so are a lot of minorities, as well as women. Wikipedia’s editors are predominantly white males.

But now that we are decentralized, building a cryptocurrency, it still connects with our original mission. We want to build a platform for human knowledge where everyone is in control. It is not centralized.

How does Everipedia benefit its subjects/users?

I think everyone should make their own page! Also if you have a business, or you’re a professional – lawyer, doctor, real estate, whatever – making an everipedia for your business will get you a lot of clients. It is like a factual version of Yelp.. just the facts.

We also have a paid service to create pages for businesses – I think that will be huge someday. A lot of people want an encyclopedia page, like a Wikipedia page, but don’t know how to create it! We charge 500 bucks – simple!

Everipedia is sometimes referred to as blockchain-based encyclopedia. What does that mean?

The key is the IQ! The tokens not only are interchangeable for money, but they are also the voting mechanism on the site. If there is an edit war – a disagreement – whoever stakes the most IQ wins. 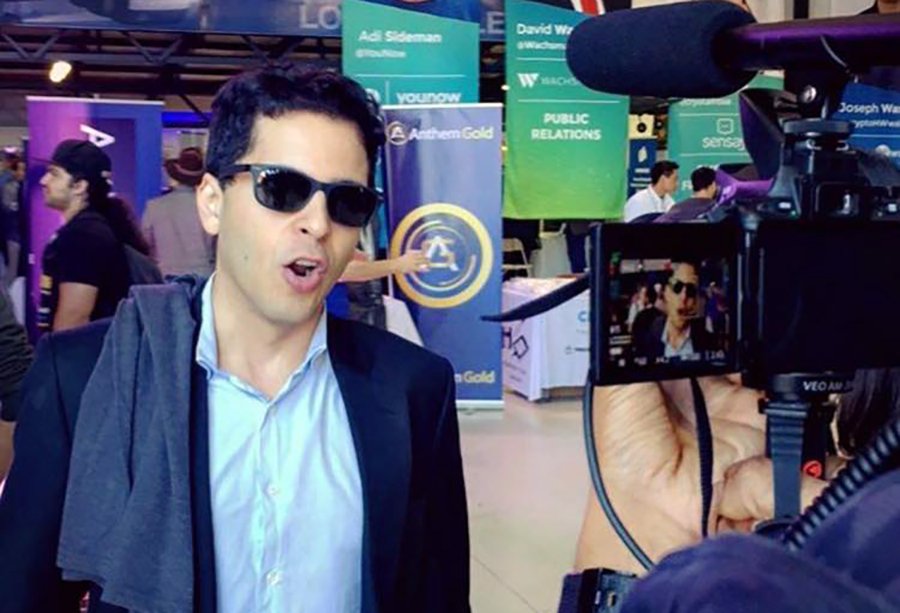 You are known for your eccentricity, humor and outspokenness. What do you think about that?

At this point I’m like “Thug Life”. I used to be sad about my fucked up reputation because it means I can’t ever be President – and I always wanted to be President when I was a kid. I’m the only one in my family who was born in America. But now that Trump has proven you can be a fucked up and still be President… maybe I can still do it!

What is/are misconception(s) about you?

I was on Sacha Baron Cohen’s show and he pranked me. I was accused of being “racist” because an “Italian” guy told me to “act black” and I threw up the Bloods sign. I thought his English is not so good and he’s trying to say “act like a rapper” – since we were talking about rap…

What’s racist about that?? I threw up Bloods! SOO WOO! How many people even know how to properly throw up Bloods? PS: I also respect Crips

With your personal and Everipedia’s level of success, do you ever feel that you have arrived, or are there always more?

Well, I found out today that Google wanted to buy Rap Genius for 700 million and Tom said no. TOM IF YOU ARE READING THIS – GO BACK AND SAY YES!!! I am the one who even built the site for you so it should really be MY decision…

Not only do I want my money – I want my investors to get their money. Nas, Pharrell, Eminem, Troy Carter, Ben Horowitz, Dan Gilbert, Alexis Ohanian, we have some of the most baller investors of all time. TOM GIVE THEM THEIR MONEY! SELL IT!!!!

Also – if Genius doesn’t tokenize on IQ and become part of the Everipedia family – then we are building an IQ competitor for Genius. Genius just fired EWOKABDEVITO – a LEGENDARY employee who was the #1 community member in Genius history. So we are trying to hire him at Everipedia and start an “EWOK EXODUS”!

We tried to hire Ewok when I started Everipedia back in 2015… but he stayed with Genius. And now they fired him. I can’t believe Tom did it. But I guess it’s like a movie – now he’s going to join the IQ FAMILY and REBUILD Genius in a way where ALL of the users control the site – not just Tom. Ewok loves Genius more than Tom does.

What advice would you give to young entrepreneurs starting out their career in tech or otherwise?

I wrote this essay about it. BASICALLY: unless you are a developer and build your own app – do NOT think that you can come up with an idea and have someone else build it. If you are not an engineer, then all you can do is kiss an engineer’s ass. You can find out what they are already working on and try to help. That’s what I did, and look – now I have two huge companies!

You did major expansions and improvements in 2018, what can users expect in 2019?

It is going to be the most insane year of all time. We are releasing 2 new decentralized apps on IQ – PREDIQT (a prediction market where you can wager IQ on anything) and IQ&A (where experts increase IQ answering community questions). Releasing IQ&A is going to be the craziest part of “Mahbod Moghadam: The Movie” that has ever happened.

What would you want readers to do once they read this article?

MAKE YOUR OWN EVERIPEDIA!!!! It is so easy. If you have a startup or business, make one and I’ll tweet it if you hit me up! Or pay me and I’ll make you one.

DON’T BE SCURRED! A lot people don’t want their whole life on the internet. If you are one of those people – then remember this: Nobody will care when you die. You will not have any impact on history. You won’t change the life of a single person.

I want to change the lives of a BILLION people. I made my dad’s Everipedia in 2017 when he died. Now history will never forget him – my great-great grandchildren can read it and know everything about him. They will be reading Everipedia pages a thousand years from now.

Thank you for caring about my life guys!! Here is my everipedia page if y’all wanna know more: