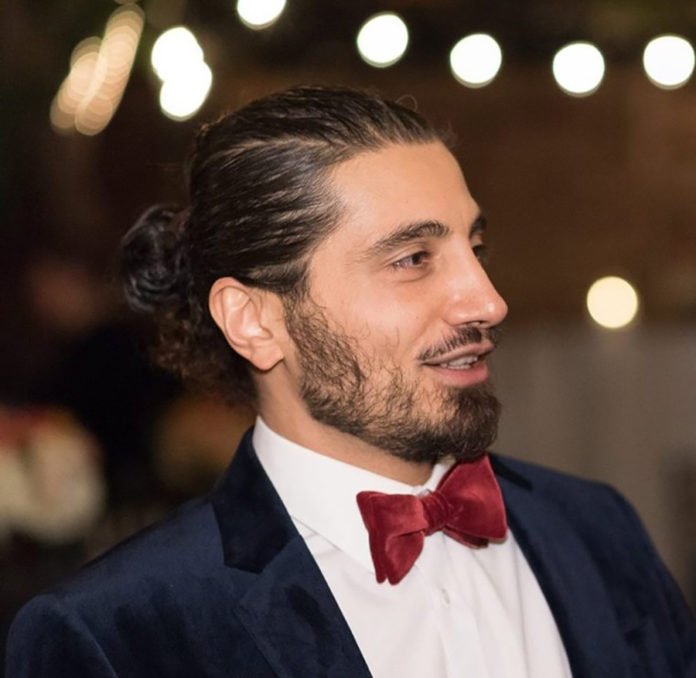 Armen Abelyan, the Executive Director of Equality Arminia (EqAr) admits that Equality Armenia’s  mission to achieve marriage equality in Armenia is a lofty goal. After all, homosexuality was decriminalized in the former Soviet Republic only fourteen short years ago. But if anyone is qualified and equipped to take on this important challenge, it is Armen. He was born in Armenia and immigrated to the United States at nineteen years old. Since, he has been politically active, both locally and on the national level.

Armen and I recently sat down for a chat at a coffee shop in Little Armenia, a section of East Hollywood home to thousands of first, second and third generation Armenian Americans. I knew Armen socially and as a long-time activist and a community organizer, but I wanted to hear his plans for EqAr first hand, as I, too, was partly taken back and partly impressed by his new mission.

Armen believes that marriage equality is within reach in Armenia and that concerted effort in the Diaspora is crucial. Earlier this year, he applauded Armenia’s Ministry of Justice decision declaring marriages registered abroad, which are in line with that particular state’s legislation, are valid in Armenia. With Armenia’s political and economic future on the line, “It is time for Armenia to extend the same rights to its own citizens.” he shared.

Armen, who has degrees in accounting and economics, was the Board President of GALAS (Gay and Lesbian Armenian Society) until recently. He was instrumental in navigating GALAS through challenging times and grew the organization into a vibrant social hub for LGBTQ Armenians. Admittedly, I was surprised to see a popular leader of a leading organization step down, but I was impressed to hear of his new undertaking. Armen felt that it was time to reach out to LGBTQs of Armenia and tackle what seems impossible. He is determined to continue fighting for Armenian LGBTQ rights through a more focused effort; empowering NGOs in Armenia to achieve marriage equality in his motherland. Armen is so passionate and determined that he is under-writing the non-profit organization until funds are raised through donations.

Equality Armenia plans to reach out to cross- cultural, political, business and community leaders to create strategic partnerships and mutually beneficial relationships to help Armenia embrace marriage equality that will lead to a better economic future.

Equality Armenia will launch with an inaugural event scheduled for Saturday, December 2, 2017. The event – Comedy Fundraiser to Benefit Pink Armenia – is dedicated to the 10th anniversary of Pink Armenia, the first grassroots LGBTQ organization in Armenia. Beloved comedians Mary Basmadjian and attorney Movses Shakarian, who are on the board of Equality Armenia, will host the fundraiser. Additional details concerning EqAr and the upcoming event will be announced soon.

Please visit equalityarmenia.org for additional information, updates and to get involved.