Home Culture Somewhere Over the Rainbow 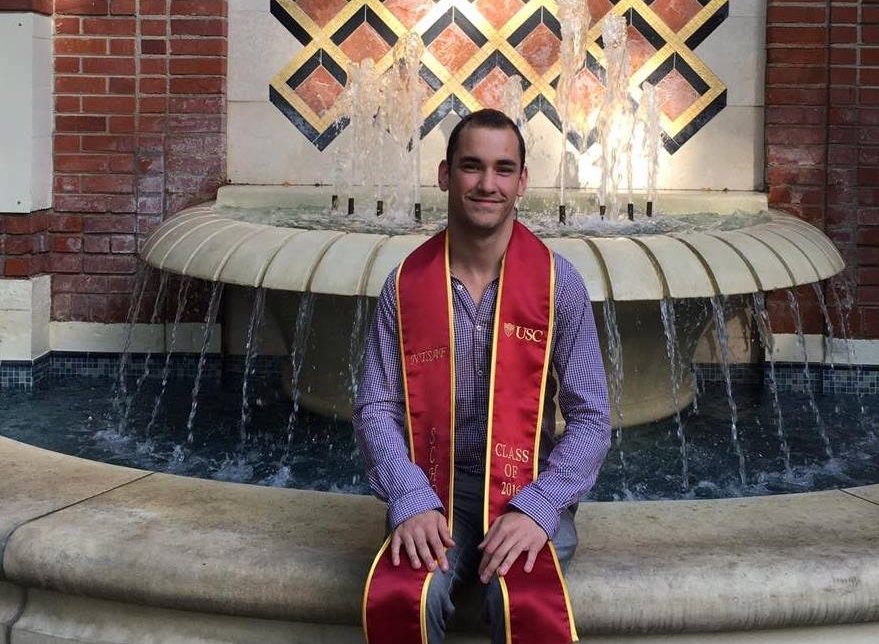 My name is Mark Chaney-Gay. The irony of this name has not been lost on me throughout the years as I am in fact gay.

I grew up with some challenges, such as a cerebral palsy, a disability which affected my ability to walk and my balance. I was also a foster youth, growing up in the foster system before heading off to college to pursue a degree in social work. In fact, it was this pursuit of higher education that lead me to leave Ohio after undergrad and head to the coast. I was accepted into a master’s program at the University of Southern California. During this time, I also took up the mantle of a writer. I finally put my journey on paper in an attempt to shed light on foster youth struggles and triumphs. So much has been learned.  Now after all this education I am off on a new adventure in the Bay area, with a position in Social Work. Off to save the world, or at the very least, make a small amount of difference.

West Hollywood has been my home for almost two years. My time in this beautiful city has been full of growth and discovery. As I prepare to leave this place I have called home, off on a new adventure, I want to reflect on my journey to the coast and the great experiences Weho has given me.

The beginning of my journey started in rural Ohio, farms, cornfields and cows galore. The Midwest was not the most accepting of difference, and given my psychical disability and sexual orientation, I never felt as though Ohio “fit” the man I was becoming. After all, I quite literally walked a different “path” than those around me.  Many gay men come to the west coast every year in search of acceptance, mesmerized by the bright lights of the big city and it’s promise of the freedom to be oneself. Personally, while I wanted freedom, I also wanted security and mobility, which West Hollywood was able to afford me.

Living in West Hollywood provided me with everything I was looking for in a home. Before moving to California I was truly limited, completing day to day activities was a struggle. Walking to the store and even grabbing a cup of coffee were not options.

West Hollywood changed all that for me. Reliable transportation gave me the freedom for the first time in my life to travel where and when I pleased, and a walkable condensed city made it easy to roam. The Midwest was a stark contract, miles of empty roads and lack of public transportation, leaving those without a car stranded. I cannot express the freedom the comes with the ability to go where you want when you want. Growing up with a disability, I knew that a big city was my best chance to gain some independence and live a more “normal life.”

The streets of West Hollywood also proved less hazardous to my health than those of Ohio and my previous residence. I cannot count the number times that while walking to class I found myself face first, or knee first, on the pavement because of a broken sidewalk or uneven ground.

One of the first things that made me fall in love with West Hollywood was not its openness or diversity, but the streets. Now while those do not sound as exciting to the average person, to me, it was everything.

West Hollywood also provided me with a sense of security that I had not felt in the apartment I lived in during my first few months of living in California. During those first months, I did not feel safe walking at night; I found myself crossing the street when I heard footsteps behind me. While some of this was the result of a small town boy transitioning to the big city, the constant sirens and the day I witnessed the police running down my street did not help to shatter the illusion. I remember my first night in West Hollywood watching people walking the well-lit streets and the sounds of laughter; it felt safe.

Finally, while West Hollywood appealed to me for its obvious gay charm, I did not expect to feel such a sense of community. Yes, the gay community is one to be reckoned with, compared to other areas of California, but I am not talking about them exclusively. I loved being able to be gay, to be myself, but what I loved, even more, were the people, the overall community. West Hollywood has neighbor’s, dog walkers, lovers and friends; it has a pulse, it beats, it lives.  When you walk in West Hollywood, it really is a community.  Walking down the street is not an exercise in avoidance, it is a chance to say hello, get to know the guy next door or even the barista that always has that coveted cup of coffee. People remember your name, and for better or worse, faces can and will pop again.

West Hollywood to me has all the charm of a small town and the diversity of a big city in a beautiful rainbow package. West Hollywood is a great place to call home.

(To help Mark reach his goals and start this new chapter of his life, go to:https://www.gofundme.com/markla)