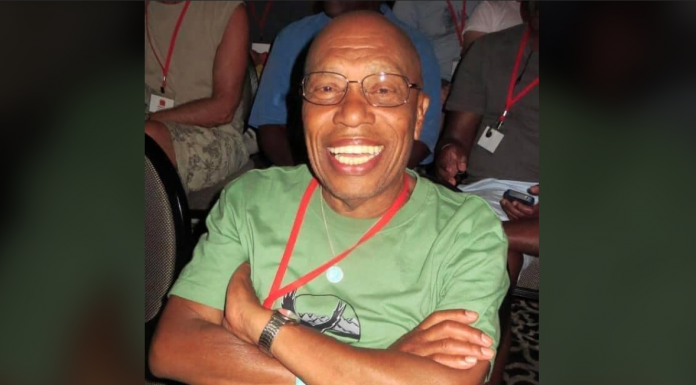 Individuals from the recovering community in West Hollywood, the Greater Los Angeles area and all over the country, are mourning the recent loss of Don Norman, a pillar in the sober rooms with over 40 years of sobriety. He touched everyone he encountered with his inspirational speaking and LGBT activism.

According to his eulogy first posted in the Los Angeles Blade by his grand nephew Joseph Vandenorth, “On August 20, 2020, Donald ‘Don’ David Norman, beloved community leader and chosen father of many, passed peacefully at the age of 84 at his home in Hollywood, California, due to complications with Chronic Obstructive Pulmonary Disease (COPD).

Norman was born on December 12, 1935 in Los Angeles, California to Charles Norman and Lucille Mackey Norman. He was a renowned motivational speaker, LGBTQ, AIDS and civil rights activist, and community leader who helped thousands battle alcohol and drug addiction and thrive in recover.”

His eulogy states that he was a descendant of Rev. Squire Norman Granville, a man freed from slavery on Juneteenth in Texas who then relocated the Norman family to Los Angeles in 1902. In the 1940s. He graduated from Belmont Senior High School where he was active in various student body organizations. He would help desegregate the Bimini Baths, the second largest public bathhouse on the West Coast. He briefly served in the United States Air Force where he faced racial and sexual discrimination and was discharged for being a homosexual—a charge that was later pardoned. And later received a Bachelor’s in Psychology from International College of Los Angeles in 1984.

Don Norman was a Van Ness Recovery House alumnus, who began his sober journey at the House on August 29, 1979. He celebrated his 40th sober birthday with a massive party at Griffith Park on September 7, 2019. All were invited. There was music, food and of course cake with a speech by Norman towards the end. He passed away 9 days before his 41st sober milestone. 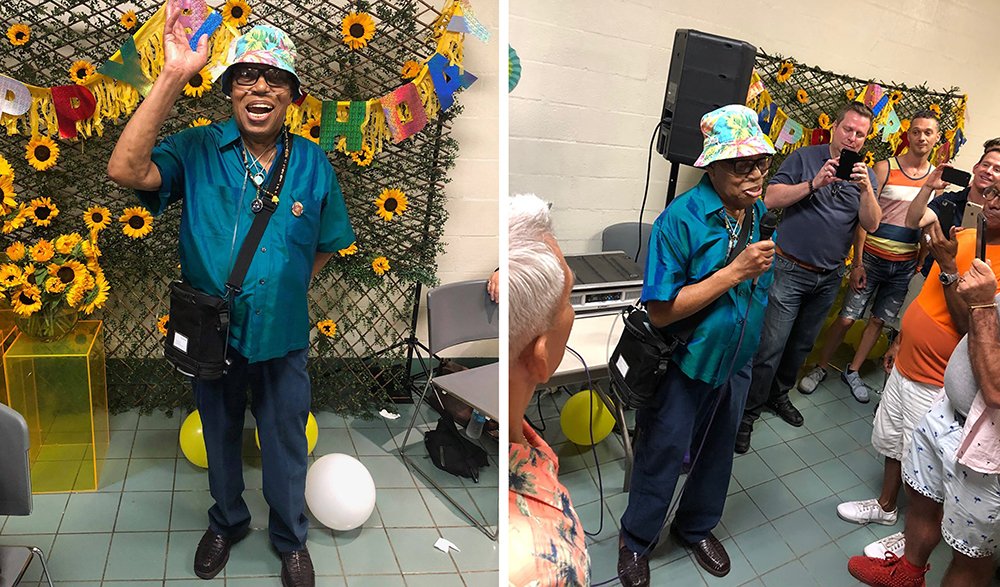 Norman made Los Angeles recovery history for being the first speaker at the first Crystal Meth Anonymous Meeting (CMA), which took place on September 16, 1994, at the West Hollywood Drug & Alcohol Center that was located at 8939 Santa Monica Boulevard (above Greenwich Village Pizza) and then he was the main speaker at the first CMA global conference in 2008.

He worked several jobs that gave him prominence in the community, from smiling while working at the front desk at the Los Angeles Gay & Lesbian Center (before it became the Los Angeles LGBT Center), and as a drug and alcohol counselor at Kaiser Permanente. He had a deep connection with the City of West Hollywood during his ten-years as the manager at the West Hollywood Recovery Center, and is also widely known for his speaking engagements where he shared his experience, strength and hope to help other alcoholic and addicts recover. Part of that work involved him sponsoring hundreds of sober men.

Norman recently made a cameo appearance on the “Circus of Books” Documentary currently out on Netflix. He also appears on “A place to Live,” “On These Shoulders We Stand,” and “RuPaul’s What’s The Tee Podcast.”

“He went through the Van Ness Recovery House and he got sober during a time when being of service was really, really important because there weren’t a bunch of gay meetings at the time,” Van Ness Recovery Program Director, Kathy Watt, told WEHO TIMES. “He was so good to newcomers. He always picked up the phone. He was an alumnus that set an example for others. You can picture him with his big smile saying, ‘baby you’re sober today, what else matters?’ He kept it so simple. He could walk into the room with that smile and everyone would turn. He didn’t complicate recovery. He died in peace a sober man with grace and dignity in the comfort of his own home with friends and family visiting him regularly.”

“This beautiful soul  was my mentor, guide and my friend for 25 years,” posted David Miramontes on his Facebook timeline. “Don taught me by example how to be of love and service regardless of what was going on in my own life. To reach out to the newcomer and show them the way to their own understanding of God. Don was fearless and Passionate about life and was the greatest example of a life well lived. He was a one of a kind   . I am here on the planet because of him. He saved my life. He would hate me being this dramatic  but he’d like the juice .  He touched countless lives and had an unwavering love  for his family and his Sponsee’s. We lost a really good man this morning  and there is a sadness that I know that I will eventually get used to but never get over. My heart breaks a little bit this morning along with everybody else but I know he’s with his maker and our Lord Jesus  just as he wanted it. I’m sending my love to everybody out there thank you for all your love and support. ”

“Don was my sponsor for over 28 years of my 32 years sober and I can honestly say I wouldn’t be here or be the man I have become if it wasn’t for his love and service, not only to me but to our recovery community,” Posted Executive Director of Awakening Recovery, and president of the West Hollywood Recovery Center, DAVID VAN DER VELDE. “A large part of what has become my life of service is due to Don demonstrating his life well lived, to me. He will always live in my heart and continue to guide my thoughts feelings and actions. Rest In Peace you sweet, sweet man. ❤️🙏🏼”

“Rest In Paradise Don Norman,” posted Founder and CEO of La Fuente Hollywood Treatment Center. “A life truly and FULLY lived! Oh how much you taught us all.”

beyond his biological family, Don is survived by countless members of his chosen family, including the hundreds of sponsees that he supported for decades through 12 Steps programs. Together, they will continue to spread the light and joy he gave to each of them.

Don will be cremated at the Hollywood Forever Cemetery and laid to rest in the Valentino Mausoleum—it is only fitting that he will remain in the heart of where he was so proud to call his forever home. A memorial service will be scheduled for close friends and family at a later time.

In lieu of flowers, donations can be made in Donald Norman’s name to the Van Ness Recovery House, at https://vannessrecoveryhouse.com/donate/.