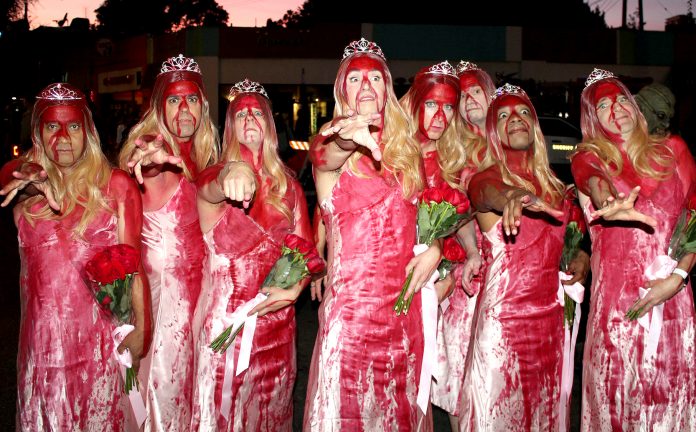 It’s a scary time to be out and about in a massive crowd–especially at night, amongst strangers who are encouraged to be anonymous and wear a mask, but that did not deter a sea of people from hitting up Santa Monica Boulevard in the heart of West Hollywood’s Boystown to partake in this year’s WeHo Halloween Carnival on Wednesday, October 31.

According to WeHo Mayor John Duran, the crowds added up to approximately 400,000 people. That number can be up for debate–especially if you’ve attended the carnival when numbers supposedly reached the 500,000s, according to reports in previous years—however, considering the apprehension to not get blown up by a pipe bomb, or get caught in a rain of bullets, the numbers were impressive, even if the number of people who actually dressed up this year, were not.

Even more impressive was the fact that no arrests were made on Halloween night. The evening was not free from incidents. There were several occasions when an emergency vehicle parted the sea of bodies to get to someone in need of medical attention, but this year’s carnival was peaceful and without major incidents.

The City of West Hollywood crowned drag queen legend Alyssa Edwards as this year’s Queen of the Carnaval. Edwards aka Justin Johnson made a name for herself on “RuPaul’s Drag Race–“Back rolls!?” She currently stars in the Netflix reality series Dancing Queen. The docuseries follows Edwards as Justin in his hometown of Mesquite, Texas, where he manages his highly competitive Beyond Belief Dance Company, as he prepares young students for an intensely competitive season on the stage, all the while he juggles his dance life, drag life, family life and love life.

The Weho Halloween Carnival was successful in keeping everyone safe. There was plenty of police presence, and the spectacle was scaled down this year, compared to previous years. Gone were the musical concert performances from the artists of our youth, like EnVogue and Salt n Peppa. There was also that year when Mr Britney Spears, Kevin Federline, was a headliner (that was just wrong), and even though there were more revelers than actual costumes on the street, there was still plenty to see from this year’s Halloween. 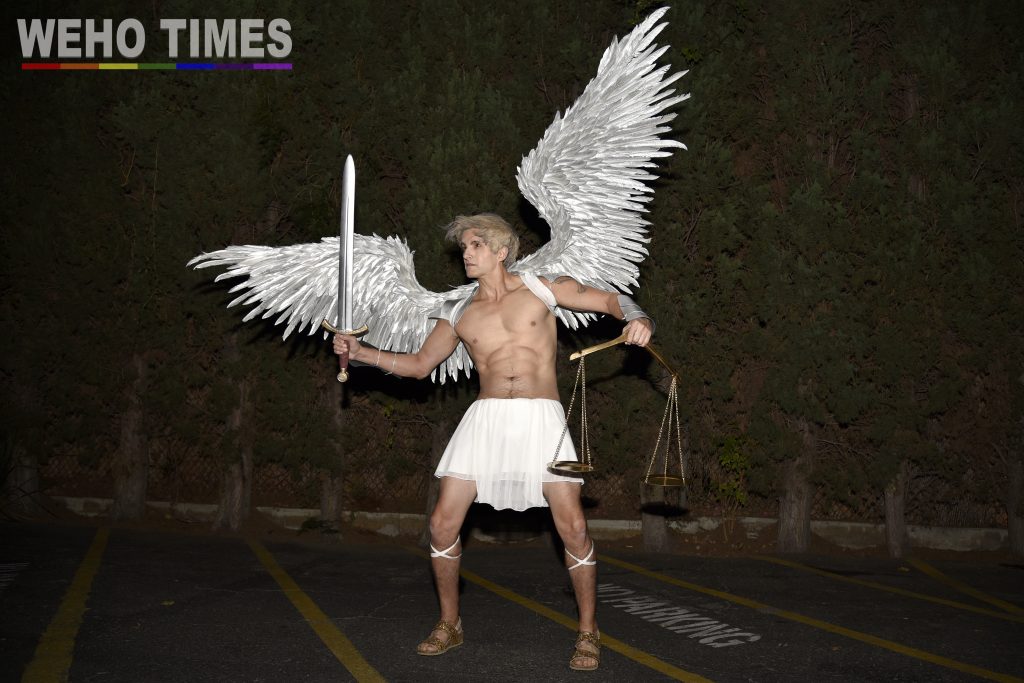 Congratulations to the City of West Hollywood for another amazing Weho Halloween Carnival.

Here we have the carnival from three different lenses. Photos from photographers Mike Pingel, Al Fielder and Paulo Murillo.