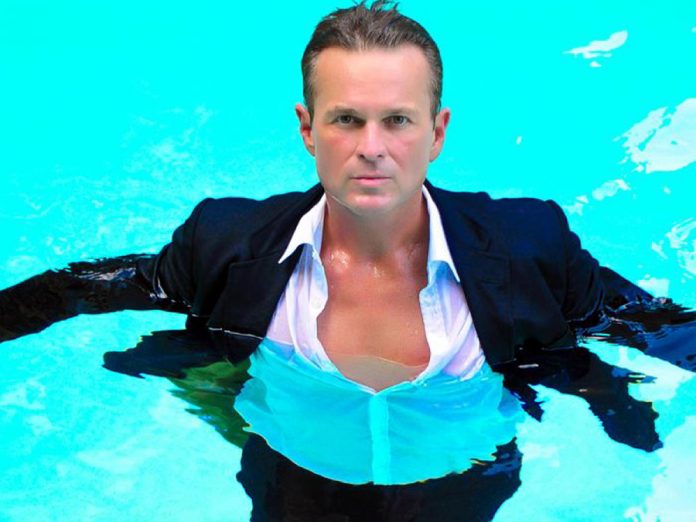 Singer, songwriter and actor Sam Harris is bringing his show “Stripped,” to Los Angeles for two performances on Friday, February 22 and Saturday, February 23, at the Catalina Jazz Club in Hollywood.

Harris sits with Mike Pingel to talk about his show, being a gay dad, being a Star Search contestant, performing at the White House and the meaning of not Yuk’ing ones Yum.

“Stripped” is a great title for your upcoming concert. How did you decided on calling it “Stripped?”

Because I shall perform naked [laughs]; because there is nothing, there is no band, there’s no backup singers, just me and Todd Schroeder taking these songs and performing them in a new way and kind of breaking them down. But also, I’m lucky because Todd, my MD [musical director] is like a whole band by himself and it helps.

What surprises to you have in store for your fans at the concert?

Well, I had this horrible song in the 80s that was a top 40 hit called “Sugar Don’t Bite.” It’s just a dreadful, dreadful song. So, we have reimagined it in a totally new fabulous kind of sexy way. That is what we are doing, taking some songs and turning them around a bit. Fans will hear some songs that I have done before, some in new ways and some the way they expect to hear them. It’s a real eclectic thing like I always do. The gamut of ballads, fun songs, Broadway and lot of comedy. I’m excited, I love this venue.

What are your thoughts on today’s singing competition shows?

I am always thrilled when there is a platform for new talent. It’s amazing the people who have come out of these and put music out who otherwise might have never been discovered. What I don’t like about them is that they sort of sometimes try to homogenize these people. Get them with a stylist and they sing from a catalog. Sometimes I think it takes away from the actual soul of the performer. The further they get down the line they have been told to fit into a box. Sometimes that bothers me a bit.

Singing is a process, having a repertoire and an idea of who you are and your style is a process. I think sometimes these shows tell people that anyone can do it, if you get up and sing in the show and go on TV – and it ain’t that way.

I think even by the time I did STAR SEARCH, I had left home when I was 15. I was singing in so many dumps bars and places and sort of discovering who I was and find my own chance of self and own sense of style. So when that opportunity came it was my repertoire. That show [Star Search] was different too because nobody told you what to wear or what to sing, or how to look. You got to really present yourself. They did not have the machine that they do now. These people who have this kind of exposure, the machine of the show actually takes them forward.

However, in my day, we had 25 million viewers a week. In television today that doesn’t not really happen. A huge sitcom will get 8 or 9 million people. We had America watching every week and really invested in a different way and that was kind of fab. 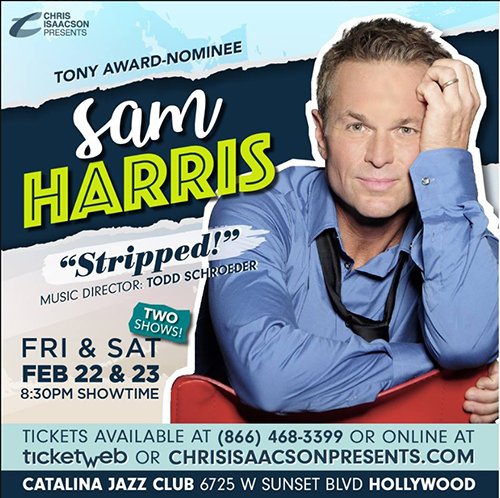 Where was your favorite place you have performed?

I think the first major venue I played was Carnegie Hall. That meant so much to me, it felt like, oh my god, I have arrived somewhere. I think that is my favorite place just because of the history and what it means I played there a couple more times, since that first time. I also have to tell you, I’m such a fan of this business and what I get to do. When I’ve done Broadway shows, eight a week, stepping into that stage door, and going past the doorman, signing in, and going into a dressing room that may have been inhabited by some legend, thrills me every single time. Walking on those boards felling that I am now a part of history that created that space. It’s really thrilling, I never get tired of that, I never get jaded about that. So, I guess in general, my favorite places to play are places with history, old theater places like that where you can feel the ghosts. But Carnegie Hall would be my star on the top of the tree.

How was performing at the White House?

Well, it was during the Bush Administration so I can’t say it was the perfect circumstance (laughs). It was great. Again, it’s a thrill. Had it been Obama, it would have been a different kind of thrill. Absolutely these are the things you check off your bucket list.

How has fatherhood changed you?

Oh my god more than anything in my whole life. I didn’t ever know I could love this deeply. When I was growing up being a father for a gay man was not even a fathomable concept, marriage was not a fathomable concept. It was not even something I thought to wish for. It was so far out of any reality so the fact I am married and my husband and I have been together for twenty-five years and we have this child who is the center of all things.

I’ll tell you how it’s changed me, I use to be so precious about myself. When I’m singing doing a show, oh I don’t’ speak until 3, then I have protein and then I work out and then I take nap, then I shower and then I have to lay down after my shower, it would do this and I must have this. Now with a kid I get up at 6 o’clock, make breakfast, do homework, and you pull your ass together and you go do he show and it’s just fine. I’m not as special as I thought I was.

How did Don’t Yuk My Yum Come song about?

My son Cooper came home from school and I criticize his opinion about something. He said dad, “Don’t Yuk my Yum” which means don’t ruin something good for me by saying it’s yucky. So, I hear his friends keep saying this and so I wrote this song and I got together with Kyle Puccia, a wonderful song writer and producer and we recorded it. It’s the first song I have even written other than a musical I didn’t record, I felt it need to be a woman’s voice. (sung by Suzie Rose)

We got all these kids form my kids school an we did an open call and we shot them all on green screen where they are lip-syncing to the song. It became this fun pop song but it’s really about standing your own. It’s about don’t tell me who I am, don’t try to make me be like you, and I don’t want to be like you, and stop treating me like my opinion and myself, my image, my idea of myself is less than.

This generation they do not see color, they do not see gender, it’s just nothing to them. Their world is so completely different, and certainly not like mine growing up. It’s truly a new world.

What next for you?

The plate is full, I finished my second book, this one is fiction. My first book was HAM with Simon & Schuster. Which we turned into a musical called Ham: A Musical Memoir, which played in New York and then in Los Angeles. Then we restaged for the Pasadena Playhouse and shot it. The film has just been fished, we have a beautiful film of the show and now it’s time to place it hopefully at Netflix, Amazon, or HBO. I also have a pilot I’ve written on this crazy character that I play Lydia Feldman, old school Hollywood publicist, she very New York and has an opinion on everything, and we just shot the pilot and looking at the next steps.

Sam Harris will be performing for 2 nights at The Catalina Club this Friday, Feb 22 & Saturday, Feb 23 at 8:30pm. For tickets visit: http://www.catalinajazzclub.com/

Delia Rawdon: You Can Take My Parade, but You Can’t Take...