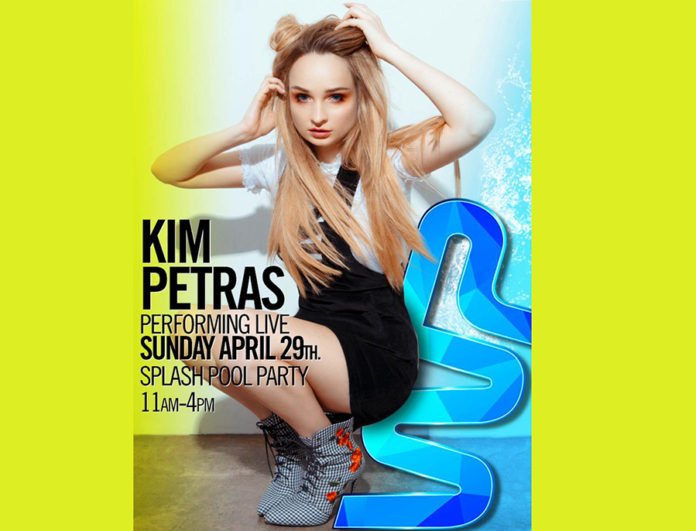 German singer-songwriter Kim Petras was born in Cologne. She became the subject of media coverage after undergoing gender transition at a young age. She began recording music in her teens, putting out a slew of independent singles and the EP One Piece of Tape in 2011.

Her debut single, the Dr. Luke-produced “I Don’t Want It at All” (2017), topped the international Spotify charts, resulting in Petras landing a partnership with the company. Since then, Petras has released singles “Hills”, “Hillside Boys”, “Slow It Down”, “Heart To Break”, and “Faded”, each of which has accumulated over one million streams. Petras appeared on Charli XCX’s Pop 2 (2017), alongside Jay Park on the track “Unlock It”

Petras has been widely praised in 2018. She recently dropped her latest single, the shimmering pop confessional “Heart To Break” which has quickly racked up nearly 4 million Spotify streams. She earned the No. 1 spot on the Spotify Global Viral 50 Chart for her breakout single “I Don’t Want It At All” with more than 6 million Spotify streams.

Check out the Heart to Break video below:

Jeffrye Sanker is pulling all the stops with a three-day event that will be jam-packed with hot go-go dancers, renowned DJ’s. Kim Petras joins Grammy Award winner, World Superstar and LGBT Icon Kylie Minogue in the desert for a weekend of fun. Kylie is headlining the the Sunday Circus T-Dance.

The three-day music festival attracts over 30,000 people of the LGBTQ+ community. Jeffrey Sanker has been cultivating this LGBTQ+ weekend long festival for the last 29 years. Over the years, Sanker has used the White Party stage to help popularize the careers of powerhouses like Lady Gaga and Ariana Grande. Previous performers include Jennifer Lopez, Ke$ha, Mary J. Blige and more!