Sheriffs on Manhunt for Escaped Inmate in West Hollywood 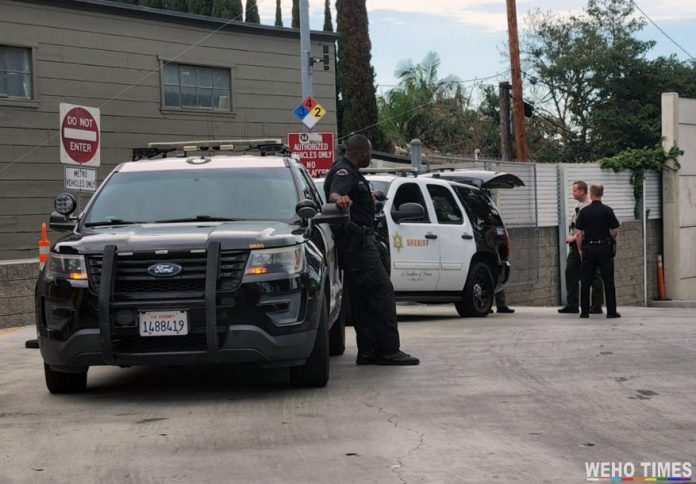 West Hollywood Sheriff Deputies are on a manhunt for an inmate who escaped custody while being loaded into a Los Angeles Sheriff Department transport Friday morning. According to reports, the inmate broke free and ran into a West Hollywood neighborhood, prompting a massive search.

The escape occurred around 7 a.m. Friday at the West Hollywood Sheriff’s station in the 8800 block of Santa Monica Blvd.

Residents in the area woke up to loud helicopters hovering and the sound of police sirens during the manhunt for the suspect. There is police activity over the Pacific Design Center are from San Vicente Boulevard to Huntley Drive between Melrose Avenue and Santa Monica Boulevard.

Deputies immediately set up a perimeter and began combing the neighborhood for the suspect.

The suspects is described as a 30-year-old white male, 6-foot, 4-inches tall, wearing a black shirt, blue jeans, white shoes and is said to be handcuffs.