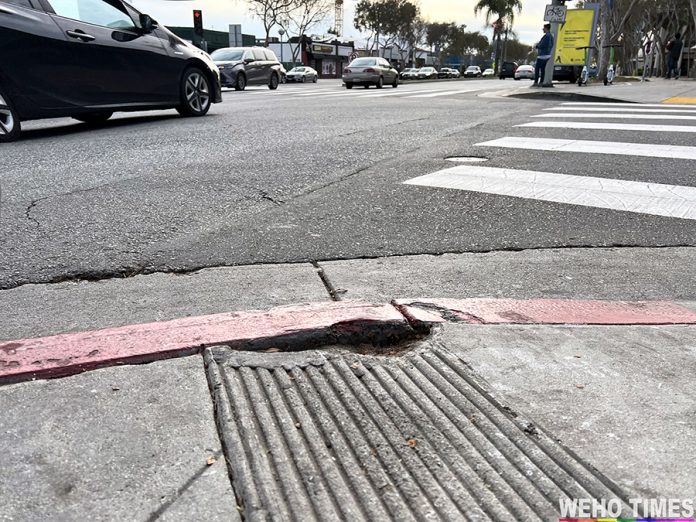 Community members have until January 31, 2023, to give feedback and list safety concerns related to the City’s roadways and sidewalks to help inform the upcoming West Hollywood Target Vision Zero Action Plan. Now is your chance to speak up on things like the street corners on Santa Monica Boulevard that are too dark, making it hard for drivers to see pedestrians crossing the street.

Are there cracks on the sidewalk that are a hazard to pedestrians? Can people trip over those parking meter poles that weren’t removed properly in front of the OutZone by Hi Tops and Stache WeHo? Do you have any other safety concerns or ideas to make West Hollywood’s sidewalks and roadways safer? Now you can mark these concerns in the city’s interactive map so the City can take a look as the WeHo Target Vision Zero Action Plan is developed. You can even share photos. 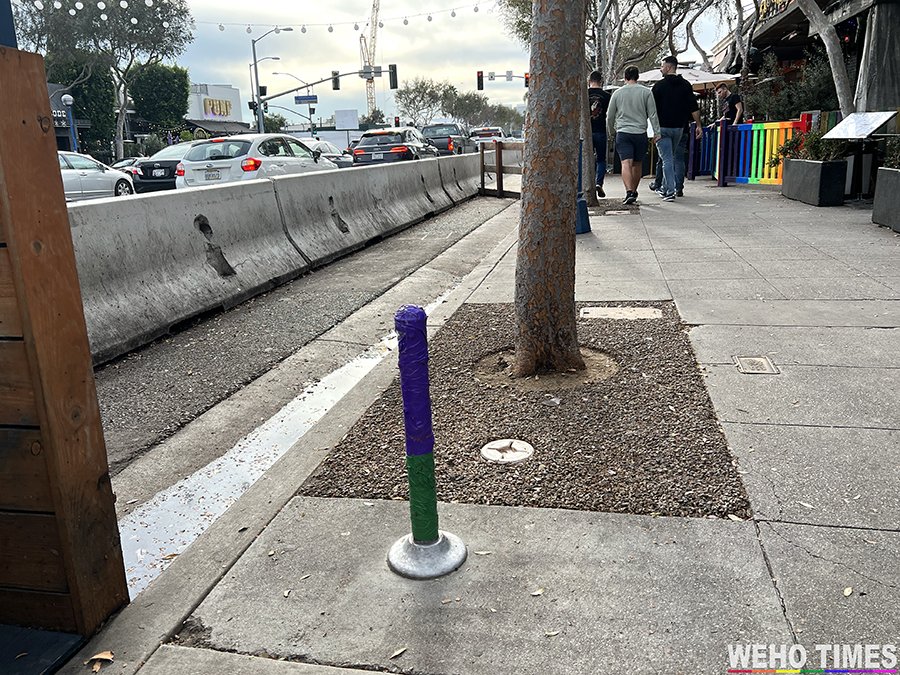 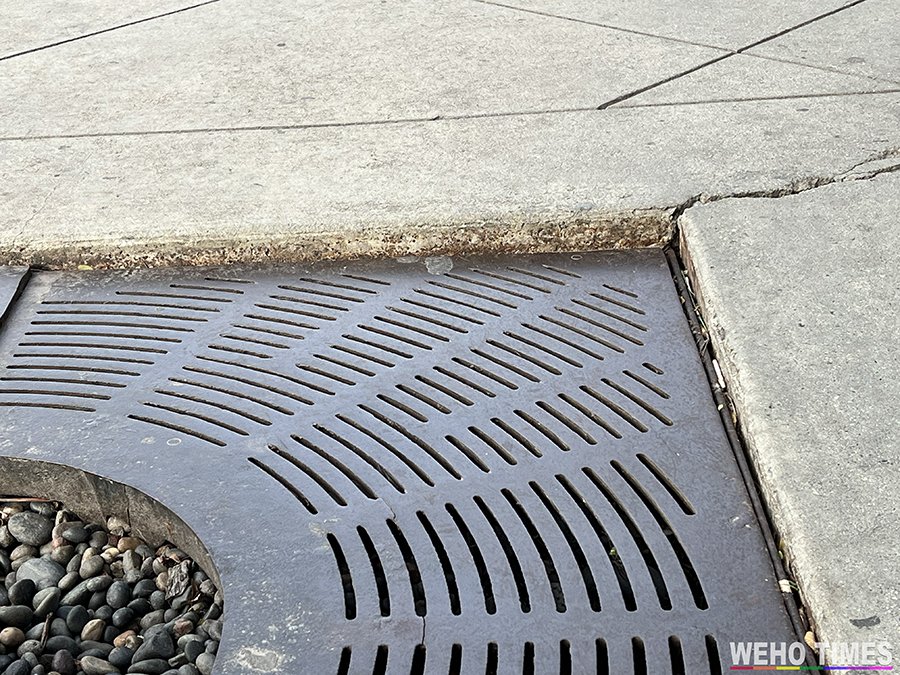 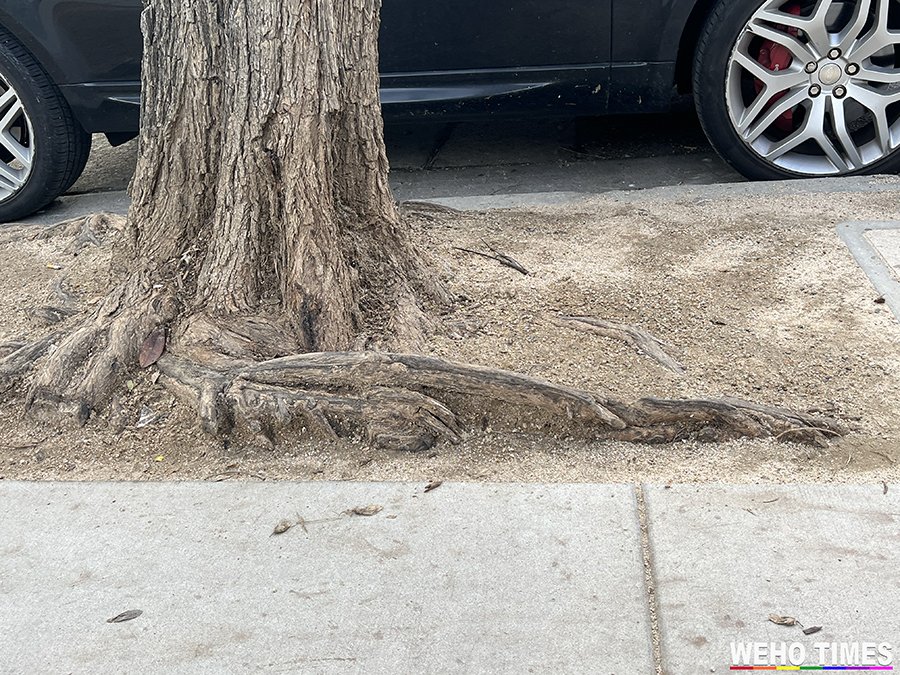 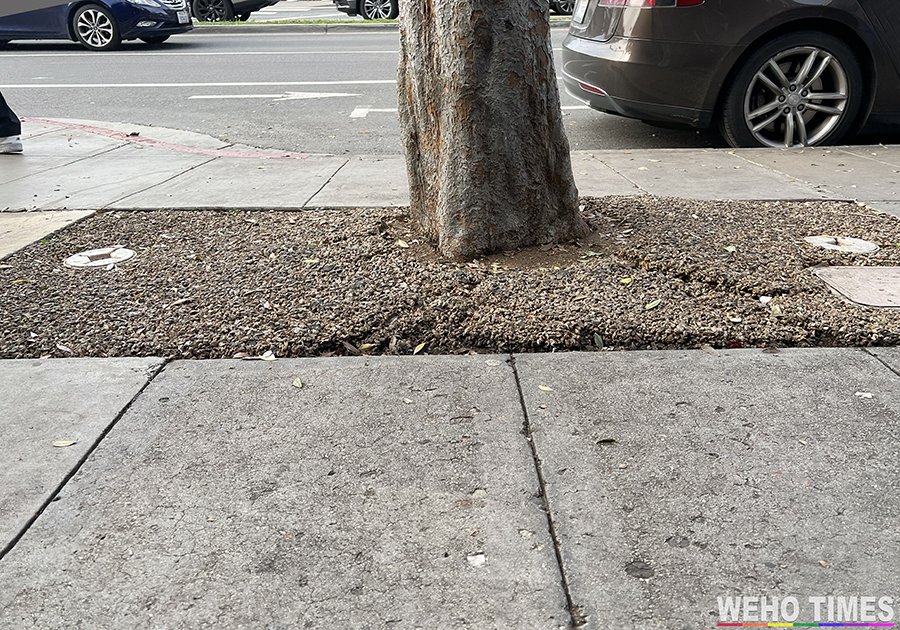 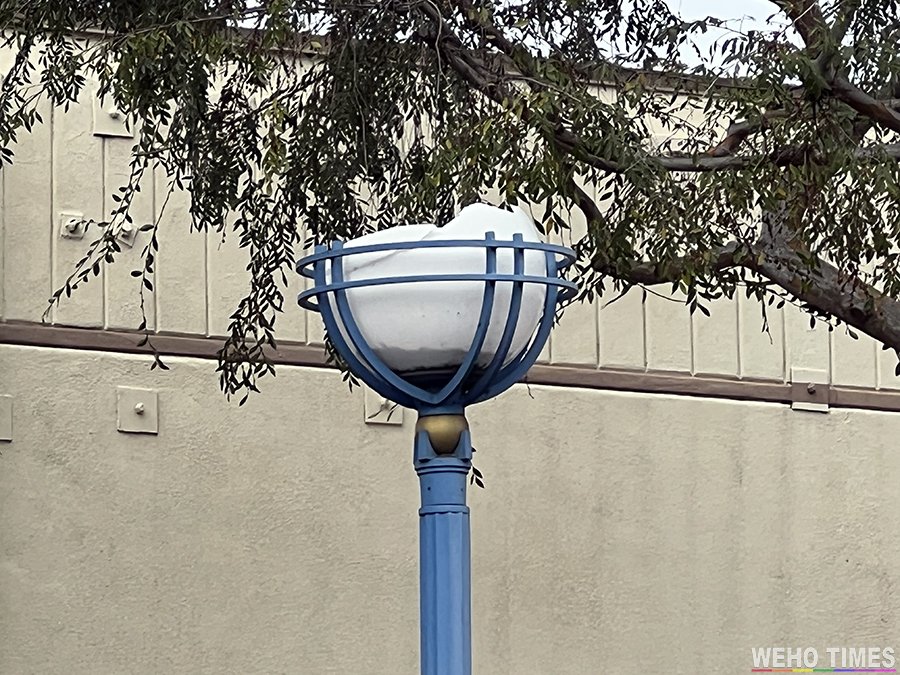 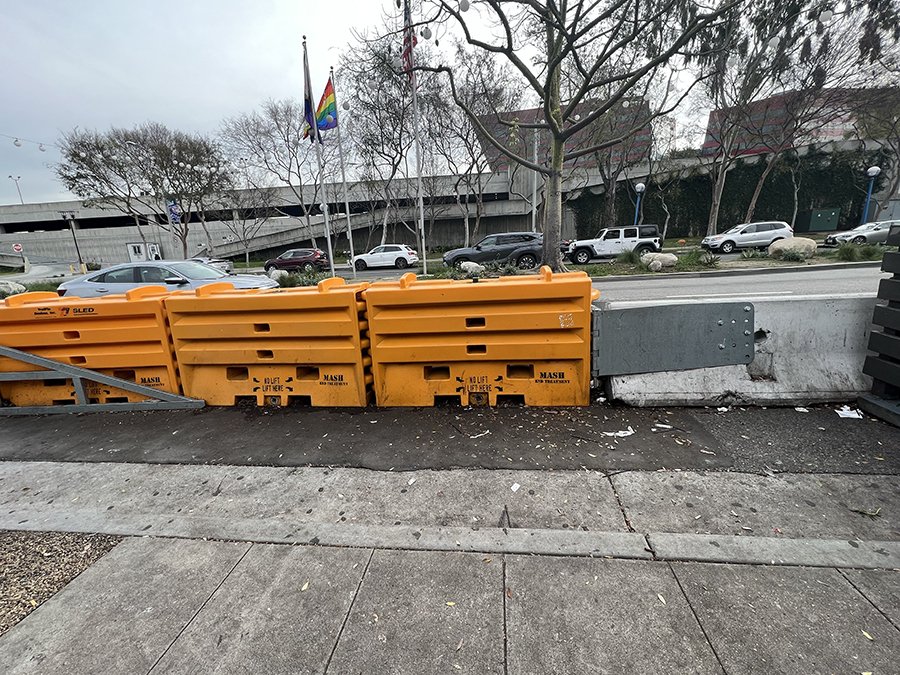 In February 2021, the West Hollywood City Council established a goal of eliminating fatalities and severe injuries from traffic collisions on the City’s roadways. Community members are invited to share any safety concerns or problem areas they’re aware of through the City’s online public outreach tool by January 31, 2023, by clicking the link below:
https://dks.mysocialpinpoint.com/westhollywood#/ 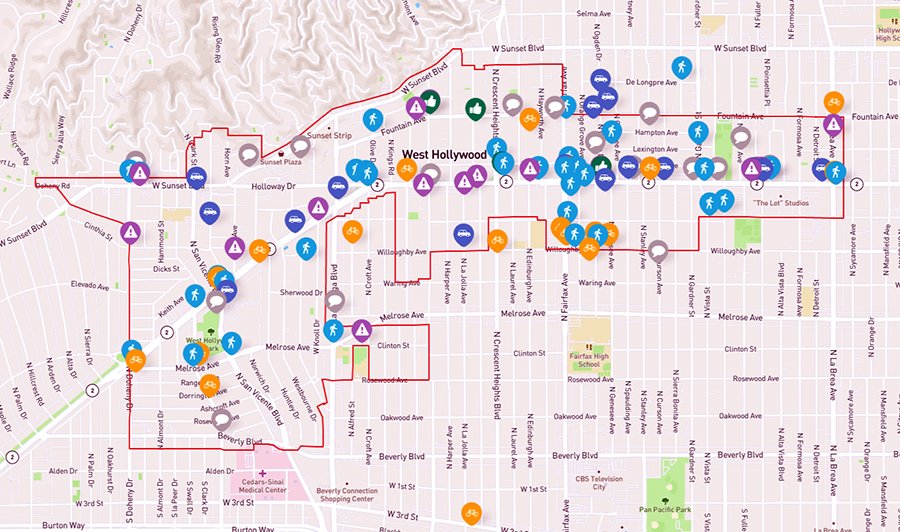 Target Vision Zero is a strategy to eliminate all traffic fatalities and severe injuries, while increasing safe, healthy, and equitable mobility for all. First implemented in Sweden in the 1990s, Vision Zero has proved successful across Europe – and is now gaining more momentum in many cities throughout the United States and locally in Los Angeles County. Vision Zero starts with the belief that everyone has the right to move safely in their communities, and municipality designers and policy makers share the responsibility in ensuring safe systems for travel.

The City of West Hollywood is working with transportation consultants at DKS Associates to develop the plan in coordination with an assembled taskforce of City of West Hollywood Advisory Board Members and Commissioners. Once initial public input has been reviewed and analyzed alongside historic collision data, draft recommendations for mitigation strategies will be shared with the community before the draft plan is presented to the City Council.

get rid of the scooters, bikes and E bikes, delivery robots, and outzones that are clogging our sidewalks, and the sidewalks will be much safer for pedestrians. It’s a no-brainer, and I don’t understand why we have to keep bringing it up! I’m sure the city sees it for themselves. They’re just choosing to ignore it.

Why can’t staff (who are paid very well) get out and walk the streets of West Hollywood and identify for themselves what needs to be done?!

The city has no credibility until we start seeing scooter riders ticketed on a regular basis. That would go some way to restoring faith in the system.

That will never happen, we don’t have enough cops

The number one pedestrian safety issue are the scooters. Get rid of them. The city should not be in partnership or in cohoots with on-demand scooter companies and aiding and abetting this dangerous behavior happening every day on West Hollywood sidewalks.

Who knew being a responsible citizen could be so much fun? Now we can all be amateur city planners and share our thoughts on the best way to avoid tripping over those pesky parking meter poles. And let’s be real, who doesn’t love a good sidewalk crack selfie?

This is a great opportunity for community members to have their voices heard and contribute to the safety of West Hollywood’s roadways and sidewalks. It’s important for the city to address issues such as poorly lit street corners and hazardous cracks in the sidewalk to ensure the safety of both drivers and pedestrians. It’s also a good idea to allow community members to share photos, as this can provide more visual evidence of specific concerns and help the city to better understand and address them. Overall, it’s great to see the city taking proactive steps to improve safety and inviting… Read more »

We’ve voiced our opinions on the whole defund the police crap…and look at what that got us. Sharing our concerns with city hall means nothing. They will do what they want.

City staff and the city council that runs this city all have eyes. They can see the cracks in the sidewalks and all the problems on our streets. When was the last time they took a stroll through the neighborhood? Relying on the community to do the job for them is a real problem for me.

Give the sidewalks back to the pedestrians. Get rid of the outzones. They were suppose to be temporary.

agree! Give back the sidewalks to pedestrians. The outzones served their purpose when in-door dining was not allowed. Now these businesses have free public spaces for their private profit, with no apparent responsibility to keep them clean and maintained. Hi-Tops for example doesn’t even use their during peak times on weekends.

Yes! Don’t make me walk in the street on some sagging plywood ramp so that a bar can take over our sidewalk forever! They have enough outdoor space without claiming the entire sidewalk (Stache, Beaches, Rocco, etc.).

ABOUT US
WEHO TIMES West Hollywood News, Nightlife and Events. The WEHO TIMES is an online news source covering the life and times of the City of West Hollywood. Featuring unbiased professional reporting and photo journalism, WEHO TIMES is updated daily, delivering the latest city news. The online publication founded in 2017, also features cultural events, people, politics, places, nightlife, and the history that make the City of West Hollywood the unique, creative city we all know and love.
Contact us: editor@wehotimes.com
FOLLOW US
© 2023 Murillo Media, LLC
wpDiscuz
13
0
Would love your thoughts, please comment.x
Comment Author Info
Report this comment