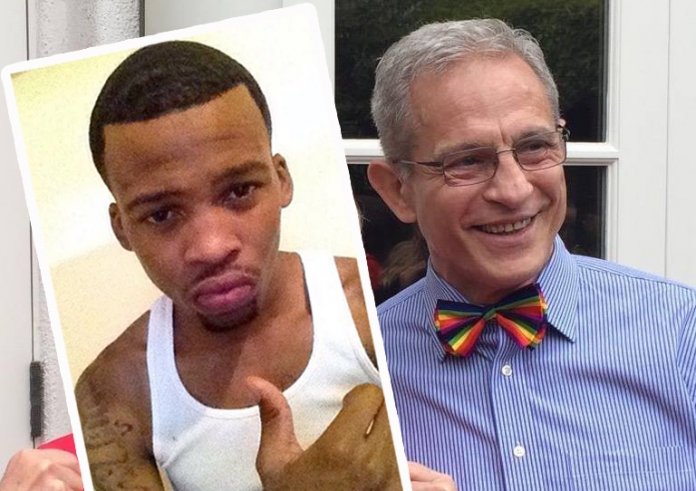 The Los Angeles County Coroner has reported the death of Gemmel Moore, 26, of an accidental meth overdose at 7:22 p.m. on July 27 at the West Hollywood home of high-profile Democratic Party donor and political activist, Ed Buck. The youth’s death reportedly occurred just hours after he left his family in Texas in order to join Buck.

While a case detail report filed by the medical examiner lists the manner of Gemmel Moore’s death as an “accident” and its cause as “methamphetamine use,” the deceased man’s mother told the WeHo Times that something more nefarious may have occurred in the short hours between when her son hopped on a plane using a ticket she says was purchased by the well connected Buck, and the moment he took his final breath.

“I called one of my son’s friends and was like, ‘who the hell is Edward Buck?'” LaTisha Nixon said, speaking from her home in Spring Texas during a phone interview.  “And my son’s friend was like, ‘oh my God, that’s that white guy, that wealthy white politician guy… he was like ‘oh my God…’”

Buck, a one-time Republican, came to Southern California from Arizona several years ago and gained a reputation for making generous donations to the California and L.A. County Democratic Party and chair of Stonewall Democratic Club’s Political Affairs Committee.

LaTisha Nixon says she learned that her son, who was unemployed, had recently been doing sex work. She told the WeHo Times that her son’s friend was also engaged in similar activity—and that they had a client in common.

Nixon says a detective from the West Hollywood Station of the Los Angeles County Sheriff’s Department who called her following her son’s death said no drugs or paraphernalia were found at Buck’s home.

Nevertheless, Nixon is steadfast in her accusations about the activist’s alleged fetish for getting young African American men high.

“[He] would supply heroin, meth and other drugs to him to smoke or use with a needle,” Nixon alleges. “Buck would pleasure himself at the sight of my son using drugs…”

She asserted that Gemmel Moore’s friends told her, “the bigger the cloud of smoke,” the bigger the reward from Buck, who “would excitedly encourage [Gemmel] to increase his dosage by saying, ‘more, more, and I’ll give you $500 more.’”

Multiple attempts to reach Ed Buck for comment by phone had yielded no result as of publication time.

One of Moore’s friends with whom WeHo Times spoke described his relationship with the deceased man as one between “true, lifelong friends, not friends like you get in the gay world.”

The man, who gave WeHo Times his full name, but because of his vocation as a sex worker asked to be identified only as “Cameron,” says he also used drugs supplied by Ed Buck in the latter man’s apartment.

After accurately describing the interior of the apartment, with which this reporter is personally familiar, Cameron told WeHo Times Buck asked him if he’d ever “slammed,” a street term for intravenous meth use.

“I told him no, and that would take more money,” Cameron said, describing Buck’s reaction as “excited.”

Cameron said Ed Buck seemed to “get off on getting you higher and higher.”

The trouble that led to Gemmel’s death last week may have had its genesis a year ago. That was when LaTisha Nixon heard from Gemmel by phone. He was in a panic.

“My son filed a police report,” Nixon told WeHo Times. “…He filed a police report because he said that Buck had held him in his apartment or whatever and had shot him up with a needle with something he didn’t’ know what it was. He called me crying. Three minutes on the phone hollering and I’m like ‘What the hell is going on?’ He said ‘this man, he shot me up with something I don’t even know what it is,’ and I’m like, my son is having a breakdown or episode. But he sent me pictures of his arm, his arm was red.”

At the time of this publication, WeHo Times had not yet been able to obtain copies of the alleged police report nor of the photos Nixon claims depict her son’s arm after the alleged incident a year ago.

“Gemmel got scared and at the urging of relatives and few close friends who knew of these outrageous encounters; my son came home to me in Texas to get away,” Nixon continued. “Yes, my son was an adult and didn’t live a fairy tale perfect life, but he didn’t deserve to die this way.”

(In the video shown here, Buck and New Jersey Governor Chris Christie mix it up. This clip played on the national cable news networks – all of them.)

Buck gave $2700 to Hillary Clinton’s campaign in 2015 and another $250 in 2016. He was also influential in the most recent city council races (to which he gave thousands of dollars to support the incumbents), making him one of California’s most prolific and substantial political donors.

Locally, his cash and influence wield outsized influence. In 2011, Buck teamed up with WeHo Council member John D’Amico in his first bid for office, organizing a “Fur Free WeHo” campaign to aid in Mr. D’Amico’s pursuit of a council seat.

The issue inspired volunteers, who walked precincts and made phone calls to support D’Amico’s legislative agenda, sending him into office with a landslide and a mandate.

In that heated political season, Buck also set off a minor controversy exposing credit card spending patterns at City Hall, resulting in an investigation into one council member’s spending for which he was exonerated.

LaTisha Nixon wonders if that political past, combined with Buck’s influence and perhaps even race—Ed Buck is white, while her son was African American—influenced in any way the head-spinning speed of the investigation into her son’s death.

“To shoot young guys up with who knows what is evil,” Nixon said. She believes the investigation might not have been pursued as vigorously because of Ed Buck’s position in this city.

“I honestly want him to go to jail and serve time to think about what he did.”

In the next moment, however, Nixon added: “I just want to say, as I’m researching this guy, he seems like a really nice person, like, you know?”

But she says she believes in accountability.

“I plan to seek justice for my son in every way possible and intend for Buck to face the consequences of the California’s Drug Dealer Liability Act of 2005,” Nixon said.

Repeated telephone calls to and messages left for Mr. Buck were met with no answer and no reply.

(Disclosure: Ed Buck was a regular source, contributor, donor and confidant of Ryan Gierach’s while he was publisher of now-shuttered WeHo News.)Save