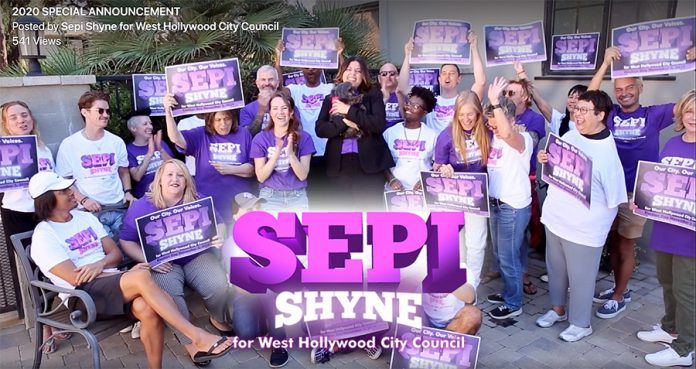 Sepi Shyne, a local attorney and Commissioner on the Business License Commission, announced that she will run for a seat on West Hollywood’s City Council in the November 2020 general election. She has also pledged to run a people power campaign and says she is refusing campaign contributions from developers.

“I am running to serve West Hollywood residents and to put their needs first. I am not accepting a single penny from developers. I have the qualifications, passion and leadership skills to serve well,” said Shyne, in a press release. “When we work together, we shine together.”

The 42 year-old Shyne was born in Iran. As a child, she and her family fled the country’s violent revolutionary war, immigrating to California in 1977. Sepi, her wife Ashlei and their four fur babies have lived in West Hollywood for over 10 years. Her advocacy for the LGBTQ community began in college when she was the victim of a traumatic incident of homophobia, inspiring her to pursue a law degree alongside her passion for social justice and community activism.

Shyne ran for one of three open city council seats in the March 5, 2019 West General Municipal Election where she was neck and neck with incumbent John D’Amico, but her 2,300 votes were short by a mere 141 votes to snatch a seat, coming in fourth with 37.3%. The close call was unprecedented for a first-time political candidate who refused to accept contributions from developers.

If elected, shyne would be the first foreign-born immigrant, the second lesbian, and the first woman of color ever elected as a council member in the city of West Hollywood. As a renter and small business owner, Sepi’s goals include prioritizing renter’s rights and affordable housing over favors to large developers as well as creating a thriving small business environment. 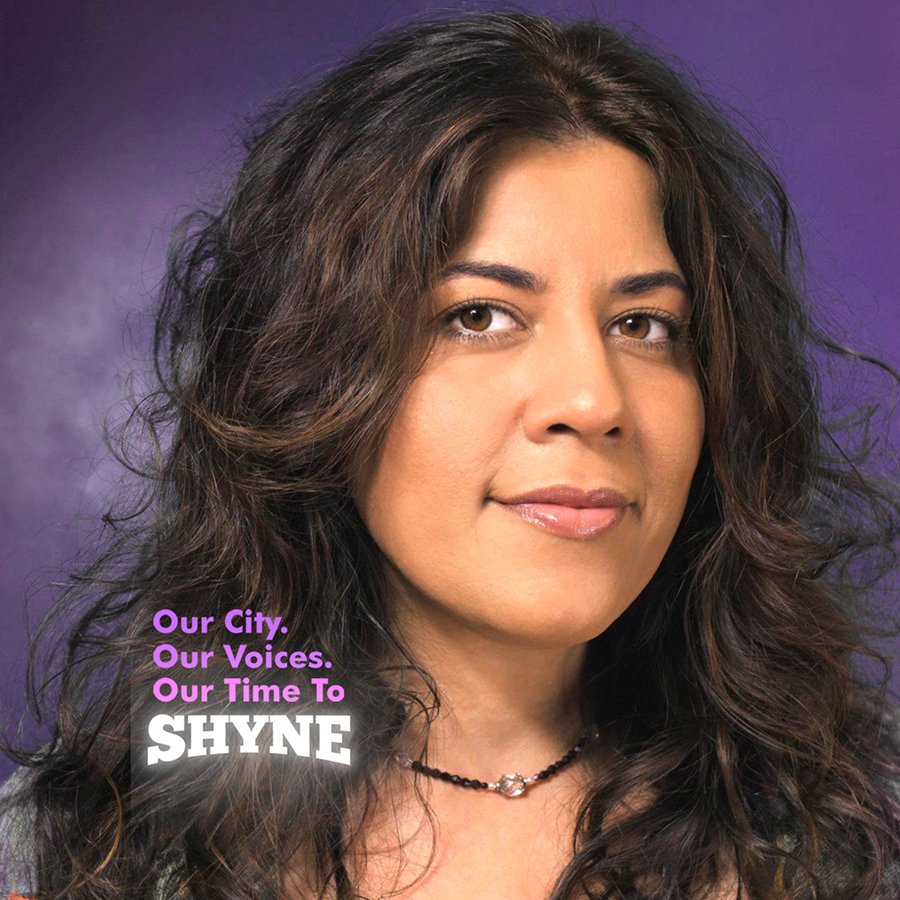 “Join my team by volunteering and/or donating and become a pivotal partner of my progressive, people powered, history making campaign.” Shyne said. “Let’s work together to bring respect, community advocacy and fresh energy back to City Council.”

The election will be held on Tuesday, Nov. 3, 2020, alongside the presidential election.

Sepi impresses me in so many ways and change is long overdue. I’m wondering if she plans to take large donations from unions or any of the Political Action Committees they fund as she did in her recent and almost successful bid for a Council seat? A select handful of local developers own the majority of our current WeHo City Council and Unite Here Local 11, the hotel and restaurant workers’ Union is looking to buy their way in. (And they have deep pockets.) Anxious to talk in person and hear more about this from Sepi. I like Sepi Shyne… Read more »