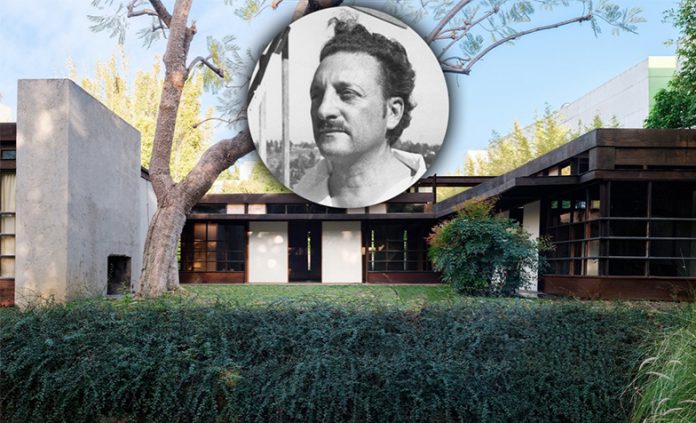 The Schindler House, located at 835 North Kings Road, is opening to the public on Saturday, May 28, 2022 to celebrate its 100th year anniversary in West Hollywood. The MAK Center for Art and Architecture is ushering the milestone of the landmark house with Schindler House: 100 Years in the Making reception celebrating the Austrian-American architect R.M. Schindler.

Schindler House: 100 Years in the Making is hosting a summer-long calendar of performances, lectures, events and parties.

To RSVP or for more information, visit: https://www.makcenter.org.

Designed and built by 1922, the house began as a radical proposition for a modern collective dwelling— a campsite enclosed by concrete, glass, canvas, and redwood. Originally constructed for Schindler, his wife Pauline, and their friends Clyde and Marian Chace, the Schindler House has existed in a constant state of flux since its initial instantiation, having been painted, carpeted, curtained, dismantled, reconstructed, excavated, and reimagined by its inhabitants and admirers. The exhibition emphasizes acts of making, unmaking, and remaking that have constituted the house and its mythos over the last century.

With a collaborative selection of reproduced historical materials assembled in vitrines by conceptual artist Kathi Hofer, the exhibition guides visitors through a gentle timeline of the Schindler House, from its inception on an empty plot of land to subsequent years of preservation and institutionalization. Alongside archival materials are contemporary contributions by artists and practitioners including: Carmen Argote, Fiona Connor, Julian Hoeber, stephanie mei huang, Andrea Lenardin Madden, Renée Petropoulos, Gala Porras-Kim, Stephen Prina, Jakob Sellaoui and Peter Shire. With an emphasis on process over finality, the exhibition incorporates a rotating vitrine which accommodates the display and interpretation of new materials that emerge during the run of the show.

Rudolph Michael Schindler was an Austrian-born American architect who practiced in Southern California during the years 1920-53.

In 1918, Frank Loyd Wright hired Schindler to work on the Imperial Hotel, leaving him in charge of his office during his travels to Japan; Wright sent Schindler to Los Angeles in 1920 to supervise construction of his most important American commission of the time, the Hollyhock house for oil heiress Aline Barnsdall.

R.M. Schindler designed over 100 buildings and apartments throughout Los Angeles. The MAK Center has compiled a map of his most well-known sites for a self-guided tour of Schindler’s works throughout the city:

Awesome. What a treasure we have in WeHo!