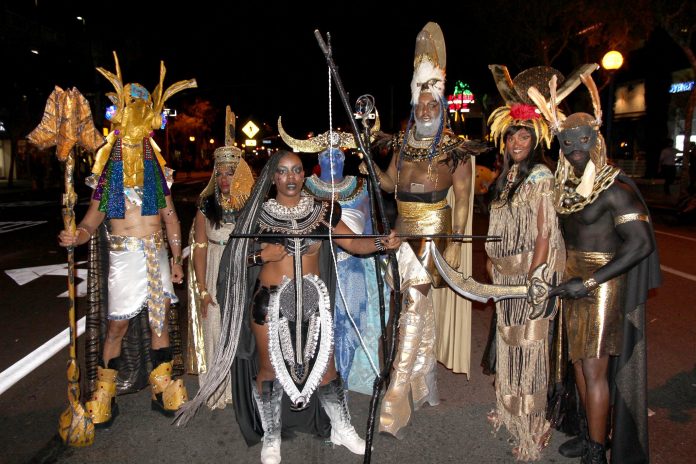 The City of West Hollywood is set to host the annual WeHo Halloween Carnaval–one of the largest, most creative Halloween carnivals in the world.

“The City of West Hollywood’s annual Halloween Carnaval is always wonderful,” said West Hollywood Mayor John J. Duran. “Each year, thousands of people plan for weeks, even months, ahead of time to imagine and create incredible costumes. The joy of the crowd is endlessly entertaining and the event is a terrific reflection of West Hollywood’s creative community.”

Mayor Duran and members of the West Hollywood City Council will host a brief program at approximately 9 p.m. at the San Vicente Stage located at the intersection of Santa Monica and San Vicente Boulevards.

In order to ensure a safe Halloween Carnaval for everyone, the City of West Hollywood and the West Hollywood Sheriff’s Station are reminding attendees about important safety guidelines — no alcohol or public drinking will be allowed; no backpacks, camera cases, tote bags, etc. will be permitted (clear plastic bags will be allowed); and no weapons, fireworks, or drones will be tolerated. Kids and pets are strongly discouraged. Festival-goers should remember — If You See Something, Say Something.

There will be street closures in West Hollywood on Wednesday, October 31, 2018 and the morning of Thursday, November 1, 2018. Main closures are:

The City will suspend permit parking restrictions for the WeHo Halloween Carnaval from 11 a.m. on Wednesday, October 31, 2018 to 12 p.m. on Thursday, November 1, 2018. Parking meters will be waived citywide from 6 p.m. on Wednesday, October 31, 2018 to 2 a.m. on Thursday, November 1, 2018. Carnaval-goers are reminded to observe the boundaries of West Hollywood. If parking occurs in the City of Los Angeles or in the City of Beverly Hills, all parking restrictions must be strictly observed. Public parking will be available at lots throughout the City for a fee; lot location and price information is posted on the City’s website at www.weho.org/halloween.

The City encourages Carnaval-goers to leave cars at home, to carpool, or to use public transportation options. Metro offers several transit options to get to West Hollywood. A trip planner is available at www.metro.net.

The City will offer Carnaval-goers three free transit options to help get to and from the carnaval:

Additional information will be posted on the website for The PickUp at www.wehopickup.com and for Cityline at www.weho.org/cityline.

The WeHo Halloween Carnaval 2018 is organized by the City of West Hollywood and produced with Authentic, a branded entertainment and experiential marketing agency that has enjoyed a successful partnership around Halloween Carnaval and other City events for many years.

The City of West Hollywood’s Halloween Carnaval was launched in 1987 and is rooted in the foundation of the City of West Hollywood’s diverse culture and community. Each year, the event is a gathering of phenomenal costumes, entertainment, culture, and self-expression with a myriad of observers, revelers, exhibitionists, and performers. People come from all over the region to take part in the fun.

The City invites Carnaval-goers to get into the spirit and show-off costumes by uploading photos to social media sites with the hashtag #wehohalloween.