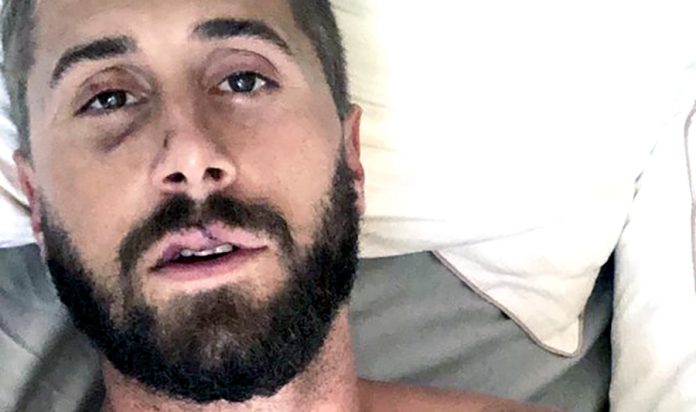 Gay adult film actor Wesley Woods, went to his Tweeter account to post that he and his best friend were attacked in West Hollywood for being gay. He says the gay bashing happened on Wednesday, August 8.

Woods posted the following caption in a video dated August 10:

“The enemy wants u [sic] to be afraid, they want to force you into their idea of normal. I am not, you aren’t, none of us are— “normal.” We live this life the best we can w/ what we’ve been given in hopes of being our true self. Do not hide, fight for your space to exist & ALWAYS be YOU”

In the video, he described how he was attacked in WeHo last week.

“Hi ya’ll. Wesley Woods here, you’re friendly neighborhood ho. On Wednesday, August 8, 2018, my best friend and I were brutally attacked by three straight white hetero men in West Hollywood, California. Why you might ask? For being gay. Now we weren’t technically being gay at that exact moment, we were just walking down the sidewalk. You see, being gay is the act. That’s when you have a d*ck up your *ass, but we just happened to be walking down the sidewalk minding our own business. I’m not posting this video for sympathy, I’m posting this video for awareness. You’re not always safe in the places that you think you are. Always have someone next to you. Always be aware of your surroundings and be prepared to fight for your life. I’m not saying that’s always the first means or is always necessary, but in some cases it is. I wish you love. I wish yo happiness and I hope that you see me out this weekend bearing my scars, you’ll say hello.”

Woods is not clear about the injuries he and his friend sustained in the attack, but he appears to have a cut lip and a cut around his nose and bruising and scratches on his right eye. It is also not clear if a police report was filed after the incident.

He appears to be on the mend. 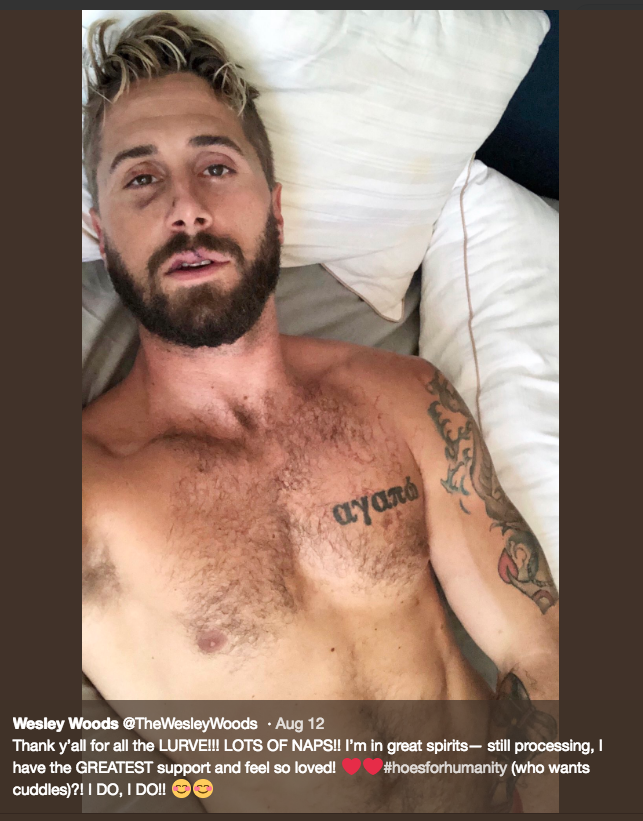