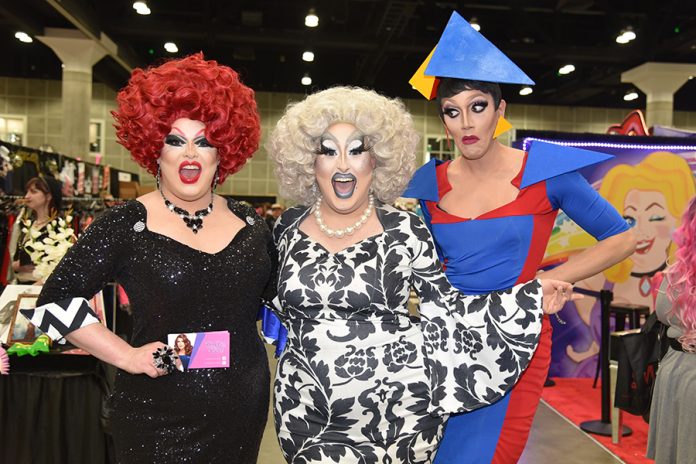 A wise mother of drag queens once said, “We’re born naked and the rest is drag.” This weekend promises to bring glitz, glamour and ummm… opulence to the world of dragdom with RuPaul’s DragCon Los Angeles 2019, at the Los Angeles Convention Center from Friday, May 24, to Sunday May 26.

It will be three days of art, pop culture, politics, lip gloss, celebrity panels, selfies and a chance to meet the latest queens of RuPaul’s Drag Race Season 11 and queens of yore from the hit reality TV show where the last queen standing gets a crown, some cash and millions of Instagram followers. Rupaul’s Dragcon Los Angeles will be loud, bright and fast-moving, very much like RuPaul’s Drag Race, the show that took all things drag to the next level.

The weekend will be jam-packed with rows of booths selling  buttons, mugs, t-shirts, wigs, tiaras, makeup and dolls. There were drag panels, runway shows, dance classes, and some over-the-top costumes, padded body suits, glittery makeup, synthetic hair, and swarms of lookie loos that are attracted to shiny moving objects.

This year promises to get political. 20-year-old Ivy Bryan will be moderating “The Power of Politics.” Bryan is an official representative of HeadCount, a non-partisan organization that works with musicians to promote participation in democracy, stages voter registration drives at concerts, and sponsors programs that translate the power of music into real action.” Their efforts, since 2004, have resulted in the registration of around 500,000 voters. 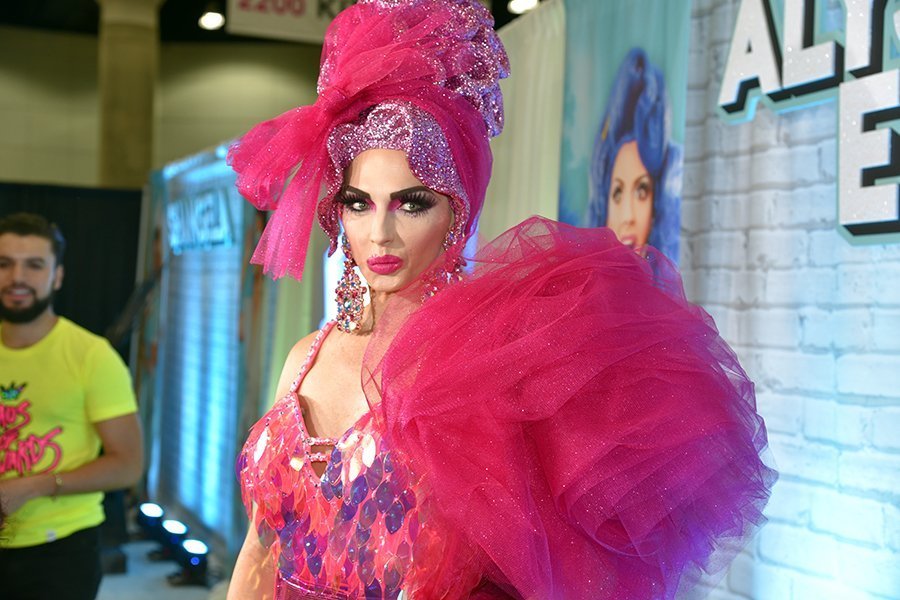 Alyssa’s Secret is coming to DragCon Los Angeles and that’s just some of the amazing programming this weekend, happening everyday including Friday (VIP & Weekend Ticket Exclusive). The pink carpet is back and the main Stage is bigger and better which will feature some performances by Pangina Heals and a Comedy Queens panel on Friday, Mama Ru DJ’ing LIVE on the Main Stage on Saturday and Sunday with her What’s the T Dance and Hot Lunch Jam, and so much more across all three days.

Dragcon Los Angeles ticket’s range from affordable $40 to a whopping $300, depending on how badly you want it.