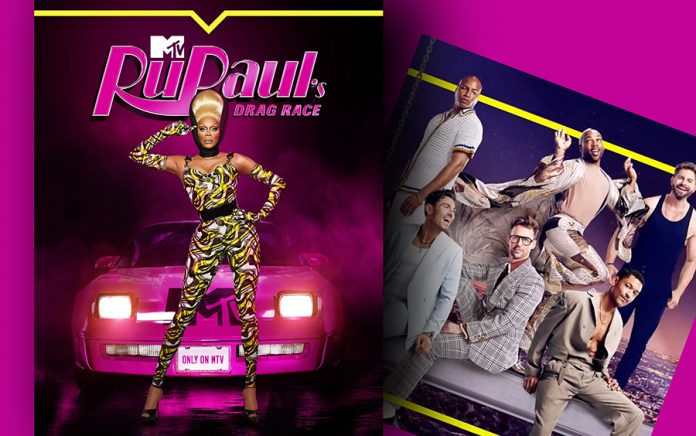 Rupaul’s Drag Race Season 15 fans would like The Real Friends of WeHo to sashay away. A petition launched in Change.org by Brandon Wu is asking for the return of 90 minute episodes of RuPaul’s Drag Race and demanding that MTV not air the new gay reality series that follows the lives of six LGBTQ+ celebrities, personalities, and entrepreneurs living in West Hollywood, featuring Brad Goreski, Todrick Hall, Curtis Hamilton, Dorión Renaud, Jaymes Vaughan, and Joey Zauzig. The show will run after a shorter version of RuPaul’s Drag Race on MTV, Friday, January 20 at 9 p.m. ET/PT.

“I know this is probably petty, but MTV and WOWPresents, we would like RuPaul’s Drag Race to return to 90 minute episodes,” reads the petition. “The 90 minute format was unique to any other reality competition show where we actually have context for the content of episodes. Also, we really don’t want ‘The Real Friends of WeHo’ to air. Given Todrick Hall’s problematic behavior last year on ‘Celebrity Big Brother’, it’s irresponsible to give him a platform he doesn’t deserve, and he refuses to take accountability. So we ask politely and aggressively to allow Drag Race to have the 90 minutes fans deserve.”

The petition launched yesterday and already has close to 13,000 signatures as of the posting of this piece.

The petition can be found by clicking on the link below:

“These girls are investing thousands of dollars and hours upon hours of time to prepare for 20 seconds of air time while ridiculousness gets an all day run time,” wrote Adam Arent. “ON TOP OF THAT, a show with a bunch of gays who know one cares about… no.”

“I’d rather watch a full two hours of any one of the queens than sit through 5 minutes watching the real friends of weho. If you’re going to shorten the episodes at least have a valid reason for it,” wrote Michael Haretakis.

“There are people around the world who need to watch Drag Race, for escapism, for education and most importantly to help normalize and spread the word of the LGBT+ around the world,” wrote Teddy Calhoun. The Real Friends of WeHo does none of that, and instead gives a harmful platform to rich white cis-men, those of which who have been in numerous scandals and take away representation from other sides of the LGBT+. Drag Race is a work of love that the cast and production pour lots of time and money, and cutting down its runtime in favor of a show that mocks our community, is plain disrespectful and offensive.”

This is yet another scandal for the show that wont air until the end of the month.

The “unfiltered and honest look at a select group of friends living, loving, and pursuing their passions in the West Hollywood community,” was called fake by cast member Dorión Renaud, the CEO of Buttah Skincare. “The Fake Friends of WEHO,” he posted on his Instagram account. “And I barely know most of these people. Btw I live in The Valley.”

Another scandal involves Eating Out actor Chris Salvatore, who took to Twitter and to allege he was fired from the show, tweeting, “Last year, 3 gays from a certain reality show refused to film with me for having an OF so I was fired by production after filming for only a week. That’s about all I can say… for now.”

The fifteenth season of RuPaul’s Drag Race was officially announced on November 4, 2021 via World of Wonder’s social media. Casting opened the same day with deadline of January 7, 2022. On December 12, 2022, a premiere date of January 6, 2023 was announced. It was also revealed the show would be moving to MTV. On December 13, the cast of Season 15 was officially announced. The promo theme was a tribute to the very first RuPaul’s Drag Race cast reveal. It was also announced that the prize money for Season 15 has been raised to $200,000.

To learn more about the latest season, visit:

But without Real Friends, where will I direct my internalized homophobia?

Real friends is worst show on tv. GET RID OF IT!

No drag race is getting ng tired enough is enough end it already,