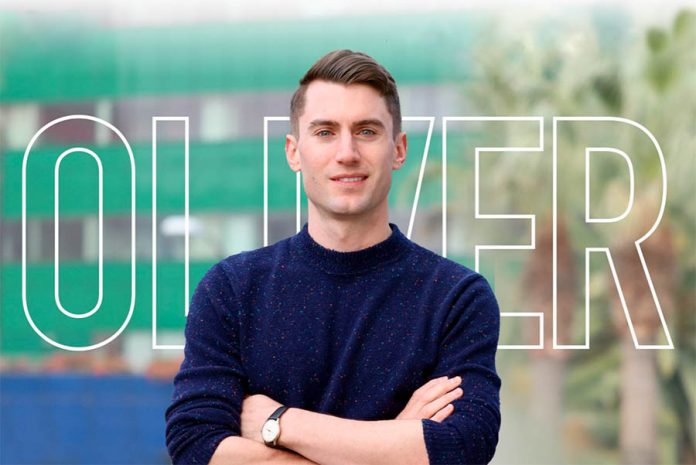 Public Safety Commissioner, Robert Oliver, has officially announced his candidacy for West Hollywood City Council in the November 2022 Election. His says his campaign will focus on public safety, homelessness, housing affordability, and transportation infrastructure, as well as supporting and growing the city’s local economy.

Oliver is building a grassroots coalition of residents, city leaders, small business owners and operators, workers, and community groups. He has already received endorsements from dozens of local and regional leaders, including West Hollywood commissioners and advisory board members, and a number of elected officials.

“As a long-time resident and member of this community, I won’t sit on the sidelines when there is so much at stake in this election,” said Oliver. “West Hollywood and our region face enormous opportunities and unprecedented challenges. I’m running to bring common-sense solutions to City Hall. We must meet this moment with urgency, tackle our homelessness crisis, and ensure public safety remains a top priority.”

A bio on his website states that Robert Oliver was born and raised in a progressive Jewish home in Los Angeles. Coming from a family of immigrants who fled or survived the very worst, Robert grew up with a sense of duty to others—to actively fight against injustice against anyone. With his parents working double shifts most days, he was raised in large part by his adoptive Dominican grandmother, who became a garment worker when she emigrated to the US. She taught him Spanish and the innate dignity of every single person, no matter their background or occupation. Robert’s family and upbringing helped him develop a set of values, as well as a strong work ethic and willingness to put in legwork to get results.

West Hollywood became his home when he came out at age 14. He moved to WeHo a decade ago. He has served on three West Hollywood boards and commissions, and now serves in his second term on the Public Safety Commission. Robert advocacy includes work for an LGBTQ+ community center, the Jewish Federation, and the 2008 “No on Prop 8” Campaign. Professionally, he has spent thousands of hours advocating for communities and neighborhoods throughout LA County during his tenure with US Senator Dianne Feinstein and LA City Councilmember Paul Koretz.

Robert and his husband, Mark, met playing WeHo Dodgeball in 2012, and they got married in Israel in 2018. They reside in the Tri-West Neighborhood with their rescue dog, Darwin.

If he has the complete opposite philosophy than our current council, he has my vote. If he believes the same doctrine as our current “leaders”…no thanks.

In a recent Public Safety Commission meeting, Mr. Oliver voted to decrease the number of Sheriff Department deputies. He’s not a serious candidate.

yup, then he’s a no go for me. More of the same as we have now, with their heads buried up their…

I’m waiting for the candidate who pushes back on housing. We’re already one of the most densely populated cities in California and the entire U.S.
We’ve got traffic problems, parking problems, pollution and drought.
More housing = More problems.
Can’t afford to live here? Try Kansas.

Too crowded for you? Try kansas.