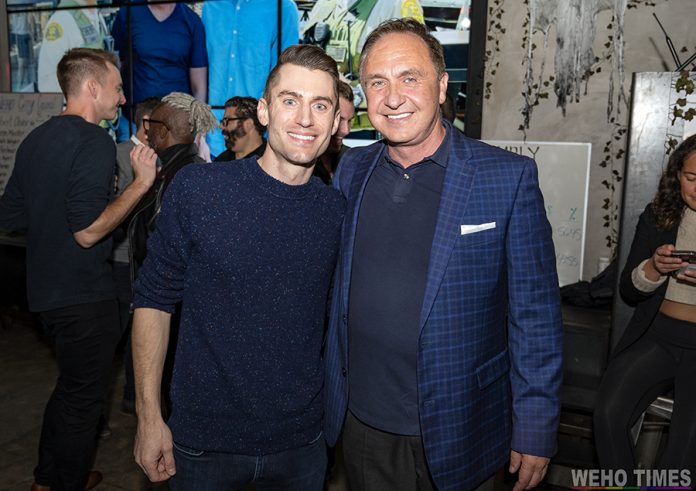 Assemblymember Rick Chavez Zbur today announced the talented and experienced staff members he has hired to serve the constituents of Assembly District 51 in his Capitol and District Offices. West Hollywood Safety Commissioner and recent WeHo City Council Candidate, Robert Oliver, is among the list of new staff and has been named District Director. Both men celebrated Election Night on November 8th with joint viewing parties and had much praises to say about each other during their speeches. 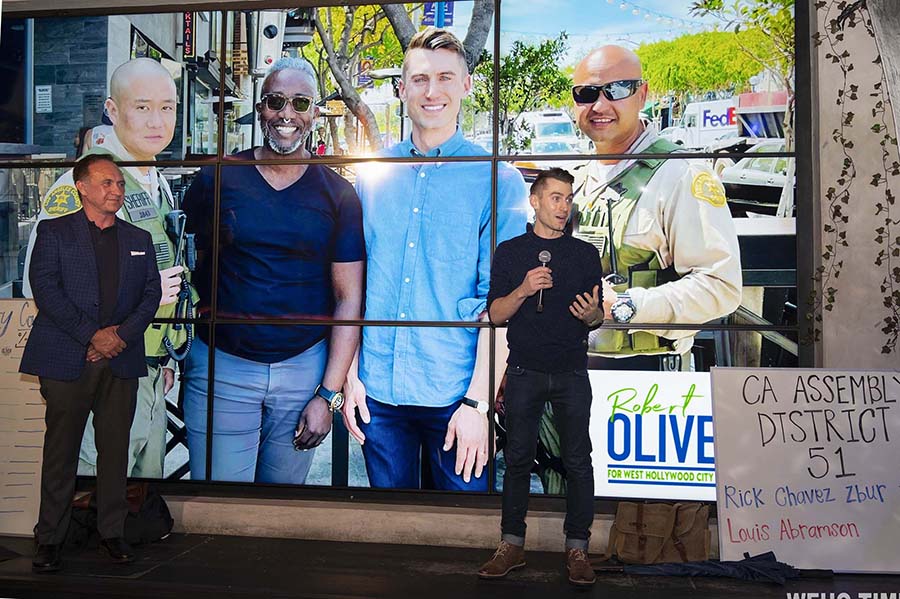 “These dedicated public servants have the knowledge and skills to deliver on my promise to provide top quality constituent services and legislative proposals for my district,” stated Assemblymember Zbur. “Both of my offices are open and ready to serve on day one, with highly trained professionals who understand the district and the Capitol.”

Bob Hartnagel, Chief of Staff – Bob was Mark Leno’s Chief of Staff in the State Senate for 8 years and in the State Assembly for 6 years, and Assemblymember Carole Migden’s District Director for 3 years. Most recently he was Chief of Staff for Government Relations at the University of California’s Office of the President for 5 years. He has a bachelors degree in Communication Studies & International Relations from Northwestern University.

Alex Mehlbrech, Scheduler – Alex worked as a key member of Assemblymember Zbur’s campaign team for almost three years, where he cultivated a deep understanding of the concerns and issues facing local residents. He holds a bachelors degree in Communication Studies from California State University, Long Beach.

Robert Oliver, District Director – Robert has worked as a field representative in the district offices of  U.S. Senator Dianne Feinstein and L.A. City Councilmember Paul Koretz. He also worked as a Community Liaison for the Jewish Federation of Greater Los Angeles. A graduate of UC Santa Barbara, he grew up in Los Angeles. He and several of his family members currently live in AD-51, where he developed a keen first-hand knowledge of the issues affecting constituents.

A sad day for West Hollywood and our region. Incestuous corruption trudges on. Oliver was whooped badly. Why not Zekiah Wright or better yet Ms Sepi! She’s looking for a move up. Bye gurl.

He hired Oliver. Horrible. More of the same progressive crap that has put California on a road to becoming like a third world country. No thanks.

How rich to hire a millionaire landlord to pretend to care about the poor. The voters rejected this guy, but his consolation prize from a Councilmember’s salary of barely crumbs, will be a massive taxpayer-funded salary, likely well over $200,000 per year, maybe even closer to $300,000 per year? We are all Socialists, and there’s nothing wrong with that, but Oliver is way beyond a Socialist, at least in his public life. In his private life, however, he’s a millionaire landlord and investor.

We’re all socialists? No, no we’re not. That’s an outrageous statement.

Do you use public roads? Public airports? Public schools? Public libraries? Public healthcare? A doctor educated with public money? Do you collect Social Security or plan to? Congratulations, you’re a Socialist. It’s not a bad thing. Being a Communist is bad, but a Socialist is what we all are.

Give It A Rest
Offline
Reply to  WehoQueen

What a sad troll. It’s clear you don’t know, and have likely never even met, Robert. Just more talking out of your rear to score some points on an online blog. If you’re so concerned, why don’t you get up off your duff and do something in the community? Whatever your beef is with Robert Oliver, he’s done far, FAR more good for WeHo than you have, you little keyboard warrior you. And to those of you claiming Robert is the problem, have you really convinced yourselves that WeHo’s problems only started in the few years since Shine and Erickson… Read more »

Randy
Offline
Reply to  Give It A Rest

Perfect response. “WehoQueen” never has anything positive to say, and is indeed a troll, and a keyboard warrior. Wonder if they are even a real resident.

As the District Director to our former Assemblymember, Richard Bloom, I was excited to learn Assemblymember Zbur had selected Robert Oliver as his District Director. I have known and worked with Robert for years and know him to be smart, thoughtful, approachable, and passionate about improving the lives of others – all necessary traits for good representation and to serve as our voice. He is also a resident of West Hollywood, making him extremely accessible to our residents. In my opinion, Asm. Zbur will need to hire more than one Field Representative in if he expects to successfully meet the… Read more »

ABOUT US
WEHO TIMES West Hollywood News, Nightlife and Events. The WEHO TIMES is an online news source covering the life and times of the City of West Hollywood. Featuring unbiased professional reporting and photo journalism, WEHO TIMES is updated daily, delivering the latest city news. The online publication founded in 2017, also features cultural events, people, politics, places, nightlife, and the history that make the City of West Hollywood the unique, creative city we all know and love.
Contact us: editor@wehotimes.com
FOLLOW US
© 2023 Murillo Media, LLC
wpDiscuz
10
0
Would love your thoughts, please comment.x
Comment Author Info
Report this comment