“Afghans united will never be defeated” Chanted a group of demonstrators at a Rise for and with the Women of Afghanistan march in West Hollywood this past Saturday, September 26, 2021. Afghan youth and activists joined West Hollywood city officials on Sunset Boulevard for a day of solidarity with women and other vulnerable groups of Afghanistan whose freedoms were snuffed out by the recent takeover by the Taliban.

The call was a rise for the women of Afghanistan and their rights to education, to travel, to freedom of movement, to jobs, to security. It was also a stand against imperialism, militarism, fundamentalism, and fascism brought on by the Taliban. 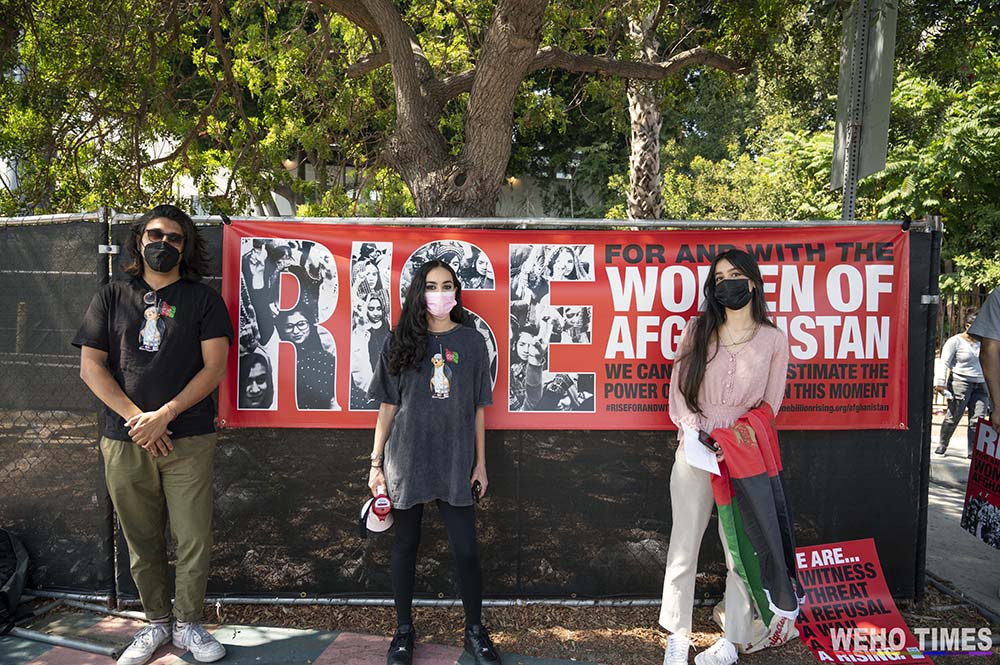 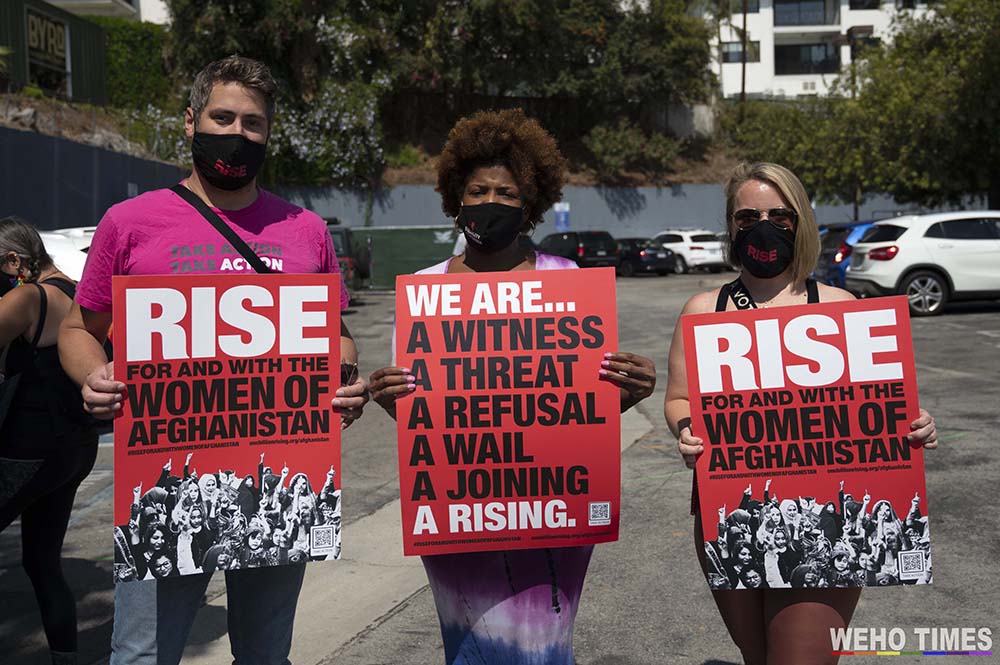 The march began at the parking lot next to the Sunset Spectacular on the Sunset Strip, at 8775 Sunset Boulevard and ended at West Hollywood Park for a special program featuring speakers and performers. Council members Lindsey Horvath and John Erickson joined the march and program. 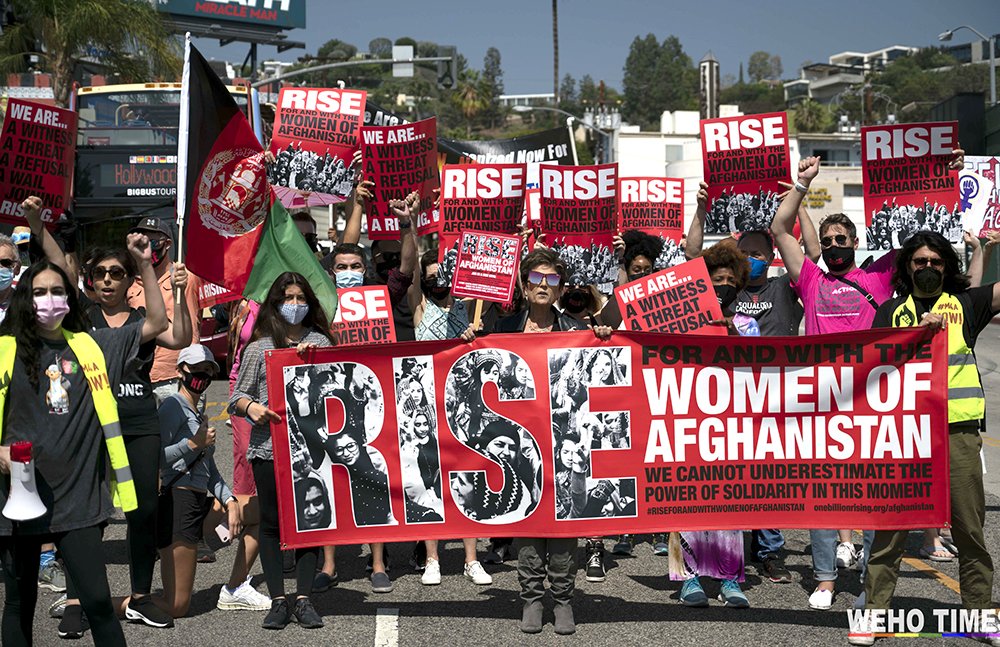 Following an online day of solidarity on September 1 in which activists, individuals, and groups from over 85 countries participated, RISE FOR AND WITH THE WOMEN OF AFGHANISTAN took to the streets in a day of global solidarity. Activists, women’s and human rights groups, and high profile individuals organized across the globe. Some events took place online due to local Covid restrictions. Worldwide actions led by local Afghan activists and informed by activists on the ground in Afghanistan. Activists are planning events in Mexico, Croatia, Eswatini, Congo, Nepal, India, Bangladesh, South Africa, Italy, UK, Philippines, Hong Kong, Indonesia, Jamaica, Guatemala, Thailand, Nigeria, Portugal, Taiwan, United Kingdom, Zambia, Austria, and the United States.

The US has spent millions of dollars and many American lives training and providing the means for the Afghan people to protect themselves. Unfortunately our withdrawal from the region was a total disaster and when push came to shove the Afghan people did not fight. Their own president fled the country. It’s a sad state of affairs and no one wants to see the Afghan women, children and vulnerable groups left to the hands of the Taliban. But in the end the Afghan people themselves need to fight back against the evil forces taking over their country.