‘Right to Try’ Documentary Short to Screen at Outfest

The documentary short “Right to Try” starring Jeffrey Drew, is screening at Outfest LGBTQ Film festival as part of the feature film AIDS DIVA: The Legend of Connie Norman. The short film (26 minutes long) will screen at the Directors Guild of America at 7920, Sunset Boulevard at 11 a.m.

Directed by “The Late Late Show With James Corden” producer Zeberiah Newman, the short explores the business of HIV through the lens of a long-term survivor who puts his life on the line in search of a cure.

Casting director and entertainer Jeffrey Drew is the man putting his life at risk to try and help find a cure for HIV. He was diagnosed with HIV about 34 years ago, when he was the young age of 23. He has been treated with various antivirals ever since he was diagnosed and he decided to stop taking antivirals as part of an experimental treatment. Drew’s viral load has now been undetectable for about eight months. 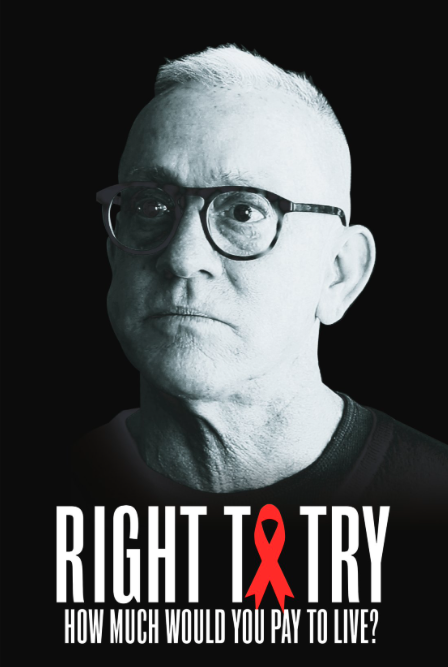 There are 38 million people living with HIV – and while treating HIV is huge business for big pharma, finding a cure is not. Medical trials are being done in secret, out of reach of pharmaceutical companies that may try to shut them down. Drew’s participates in a trial only tells his closest friends. He does not inform his doctors, yet lets filmmakers into his life as he reveals his reasons for participating, and the ramifications he has to contend with during the process.

Variety reports that Octavia Spencer joined “Right to Try,” as a producer through her production company Orit Entertainment. She will produce along with her partner Brian Clisham and creative executive Stephanie Kluft.

Zeberiah Newman told WEHO TIMES he is excited by the world premier of “Right to Try.” He said the short is currently looking for a distributor, which will allow the doc to be shared with the world.

The goal is to have the film released on December 1st, to mark the 40th anniversary of World AIDS Day.

Outfest Los Angeles was founded by UCLA students in 1982, Outfest is the world’s leading organization that promotes equality by creating, sharing and protecting LGBT stories on the screen. Outfest builds community by connecting diverse populations to discover, discuss and celebrate stories of LGBT lives. Over the past three decades, Outfest has showcased thousands of films from around the world, educated and mentored hundreds of emerging filmmakers, and protected more than 40,000 LGBT films and videos. Outfest Los Angeles LGBT Film Festival is eleven days of world-class films, panels, and parties.