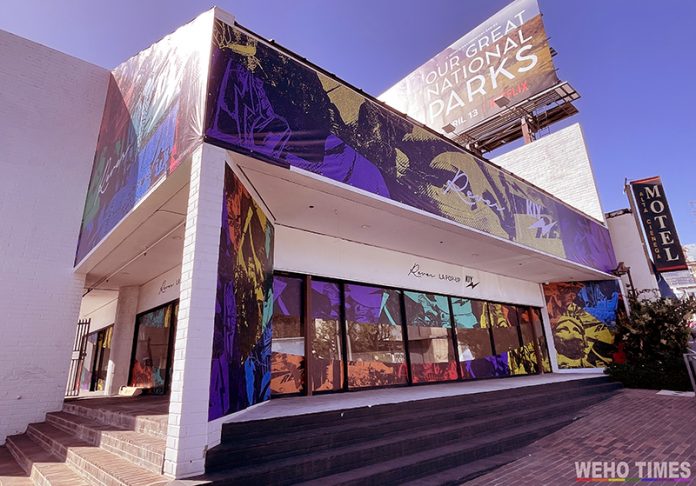 Reves / KIY sneaker and street apparel pop-up is coming to the City of West Hollywood on Saturday April 16, and Sunday, April 17, 2022, at 8505 Santa Monica Boulevard, on the northwest corner of Santa Monica and La Cienega Boulevards. The retail event will run from 11am – 5pm.

The pop-up is bound to draw huge crowds. The last event at that location was when the anime streetwear brand Hypland hosted its Yu-Gi-Oh Pop-Up last October. Lines curled up La Cienega to Holloway Drive throughout the day with fans waiting patiently to get their hands on officially licensed Yu-Gi-Oh swag. Some fans of the anime gaming series camped out as early as the previous night according to some tweets.

The upcoming Reveps Paris / pop-up specializes in selling bootleg Nike Air Jordan knockoffs that are highly collectable and rely on hype culture to sellout venues in places like Miami and New York City. 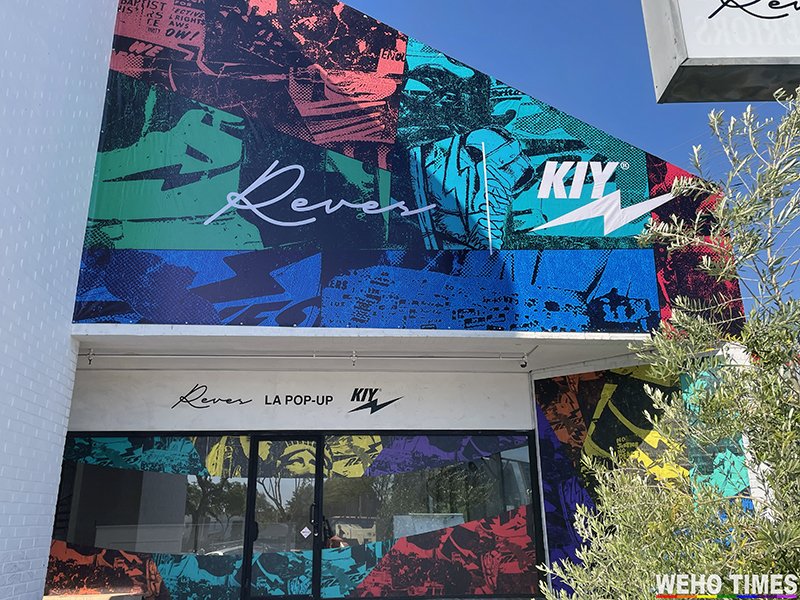 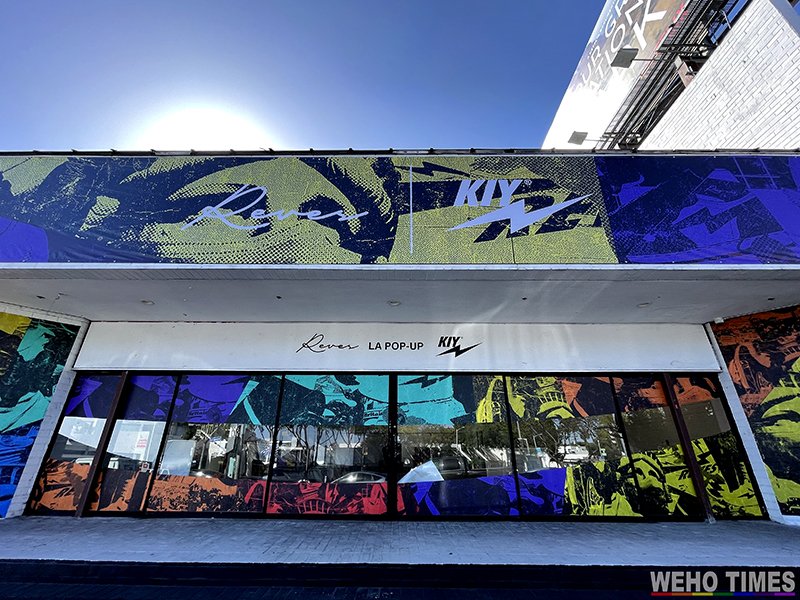 Reves Paris is one of the biggest names in bootleg sneakers. The brand adds a lightning bolt in place of the NIKE Swoosh logo, Air Jordan 1.

The Kool Kiy sneaker brand is based out of out of New Jersey. They made their name for their shoes that also borrows heavily from Nike’s Air Jordans with the similar lightning bolt logo. 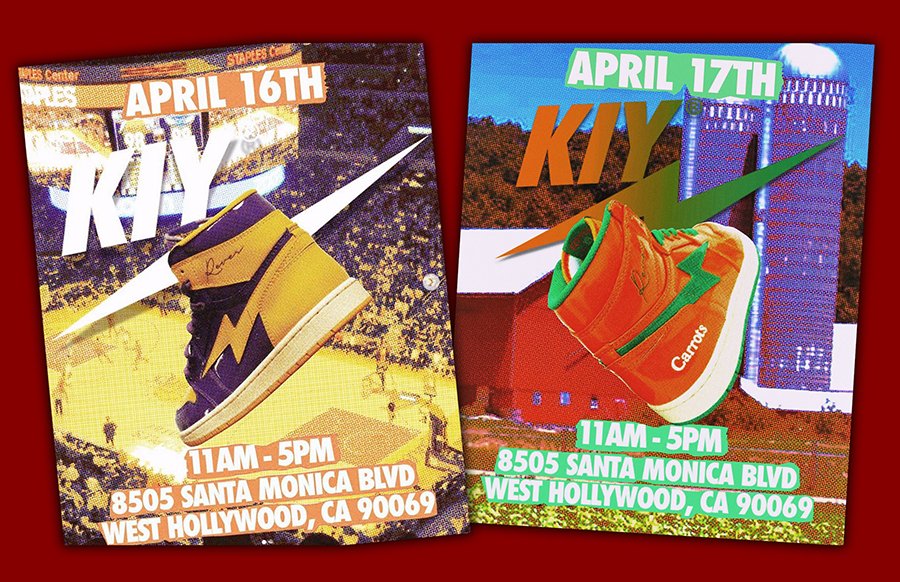 One of the sneakers being promoted on social media is by Anwar Carrots, also from New Jersey. Anwar Carrots founded Peas & Carrots International, an emerging streetwear brand and creative collective in 2007 founded. Known for his dynamic approach to aesthetic both in personal style and creative output, Anwar has become an entrepreneurial leader of the next generation of Los Angeles creatives and fashion icons of street culture and music. Anwar started the menswear label, “Carrots by Anwar Carrots” at the Scion A/V retail gallery space in march 2015.

According to reports, Kook KIY is being sued by NIKE for alledgly making millions off of their Air Jordan replicas.