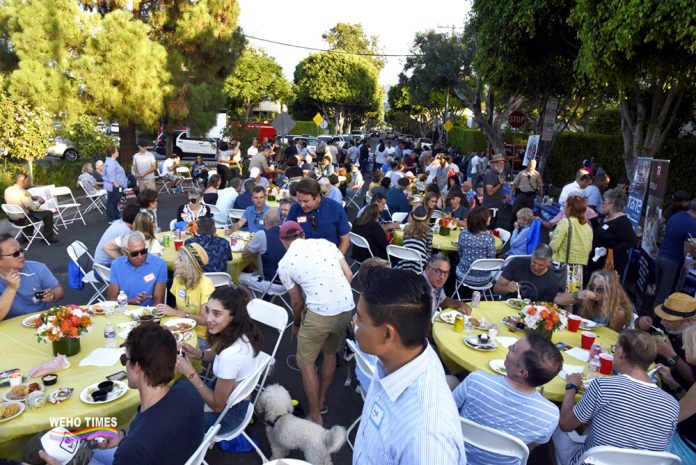 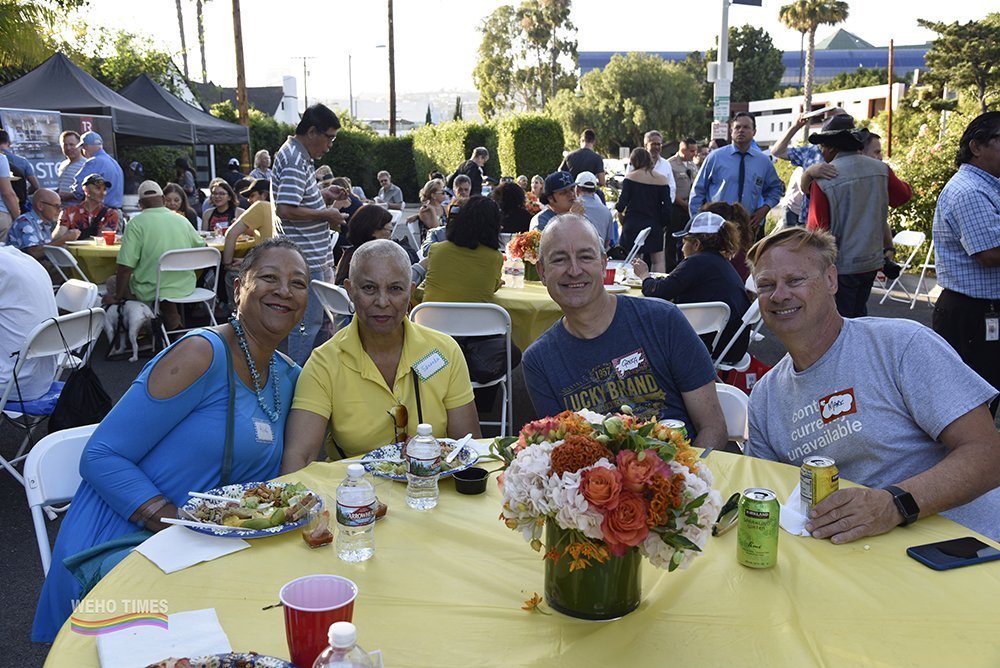 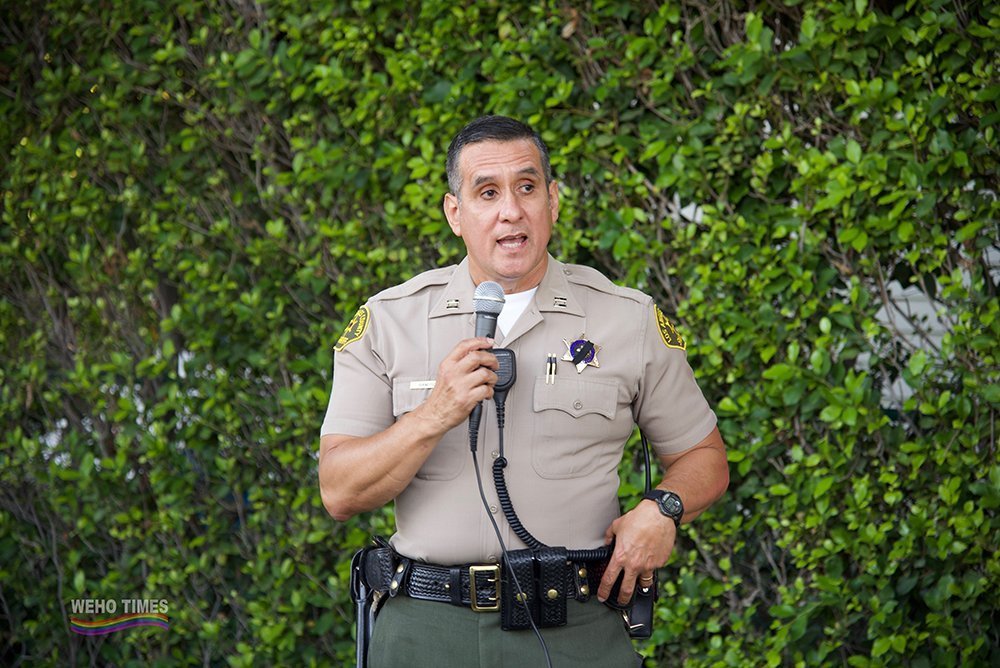 “Days like today are about partnerships–partnerships in this case between the Sheriff’s Department and the community,” Captain to the West Hollywood Sheriff’s Station, Ed Ramirez told a crowd at the West Hollywood West Neighborhood Association block party located at the Ashcroft and Sherborne cul-de-sac. “We cannot do our jobs and as deputy sheriffs, as police officers, as law enforcement, without the eyes and ears of the community. You are the eyes and ears. We depend on you for information and it comes upon us to bring you the resources to address the issues and address the problems. The West Hollywood West Neighborhood Association is a great association that we have a great relationship with. I hope this relationship continues. I look forward to it. This is a great area. You guys live in a save area and thank you again for coming out.” 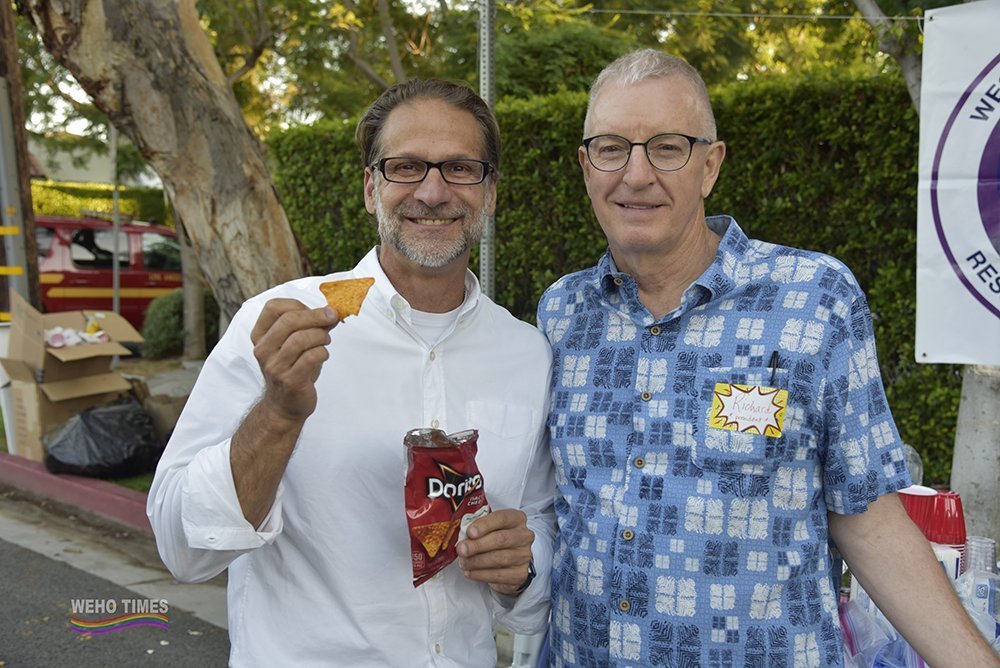 The entire West Hollywood City Council made their rounds from block party to block party during the 36th Annual National Night Out.

“I’m really enjoying this year’s National Night Out. I think it is spread out nicely. I love that we all get to be neighbors,” West Hollywood mayor John D’Amico told WEHO TIMES. “I’m meeting all my neighbors on the street, and I also texted my cellphone number neighbor who is one digit away from my cellphone number! I told him it was National Night Out and I’m the Mayor, let me know if I could help.”

D’Amico did not hear back from his cellphone neighbor right away, but when he did, he was happy to share the text interaction with us.

“National Night out is such an important piece of West Hollywood’s core,” John Erickson, planning commissioner with the City of West Hollywood, said at the event. “Constituent services, Neighborhood Watch Groups, and community leader come together, for not only public safety, but to celebrate as a community all across the city. It’s so critical that we continue to do stuff like this, because it’s so great when neighborhoods come together. Public safety is so critical to the city.” 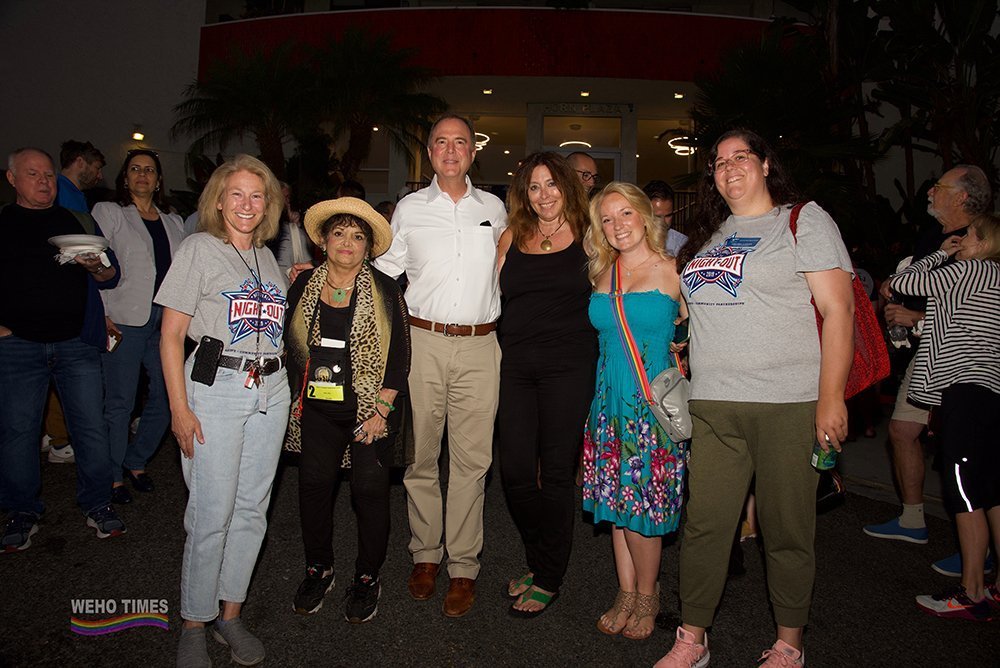 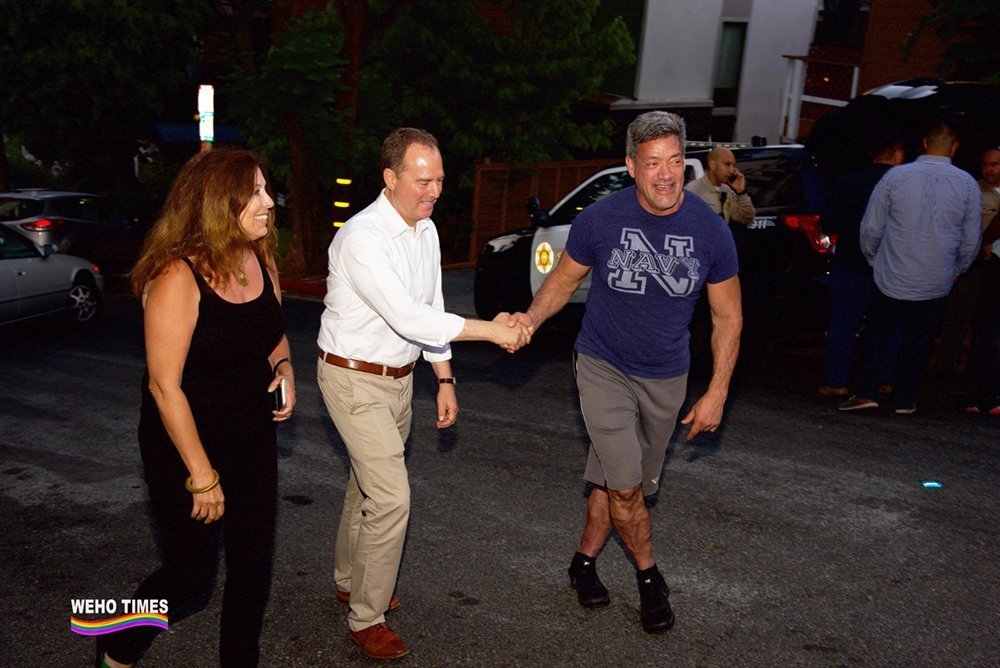 National Night Out 2019, began in 1984 as an effort to promote involvement in crime prevention activities, law enforcement and community partnerships, neighborhood camaraderie and to send a message to criminals that neighborhoods are organized against crime. Nationwide, more than 35 million people in neighborhoods across the country gather outdoors to celebrate their unity and their successes in the fight against crime. Celebrating National Night Out has been a tradition in West Hollywood since the City’s incorporation. 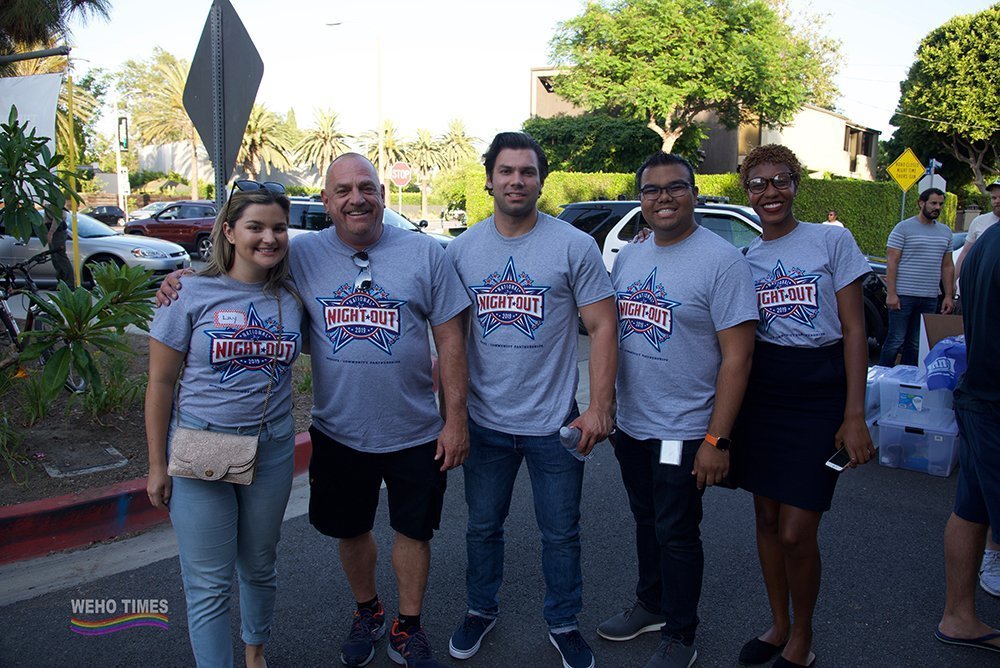 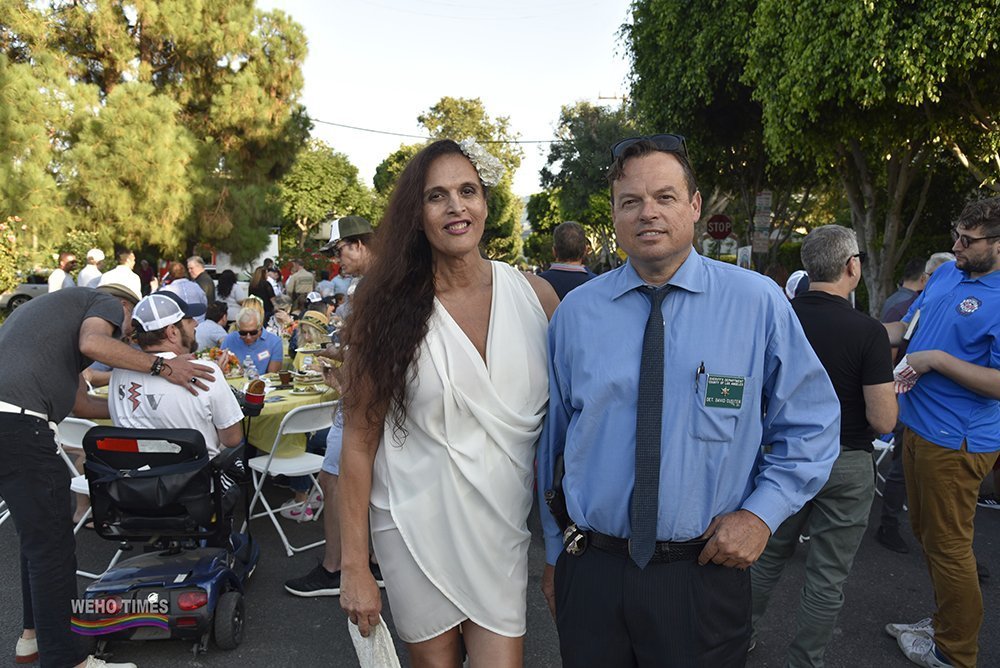 For more information on the events, contact Jasmine Duckworth, City of West Hollywood Community Affairs Coordinator, at (323) 848-6559 or at jduckworth@weho.org.