The Redline gay bar and restaurant located at 131 East 6th Street in Downtown Los Angeles, becomes the latest LGBTQ space to turn to the kindness of strangers as a means to survive. A GoFundMe campaign was launched on January 6, 2021, in hopes of raising funds to keep the bar from closing permanently.

“Redline is dying and needs your help,” reads the fundraiser created by Dominic Alpuche, brother of Oliver Alpuche, who is the owner of the Redline gay bar and one of the founders of DTLA Proud, the popular 501c3 non-profit queer festival that takes place at Pershing Square in the summertime.

Donations are slowly trickling in with a little over $3,000 as of the posting of this piece. 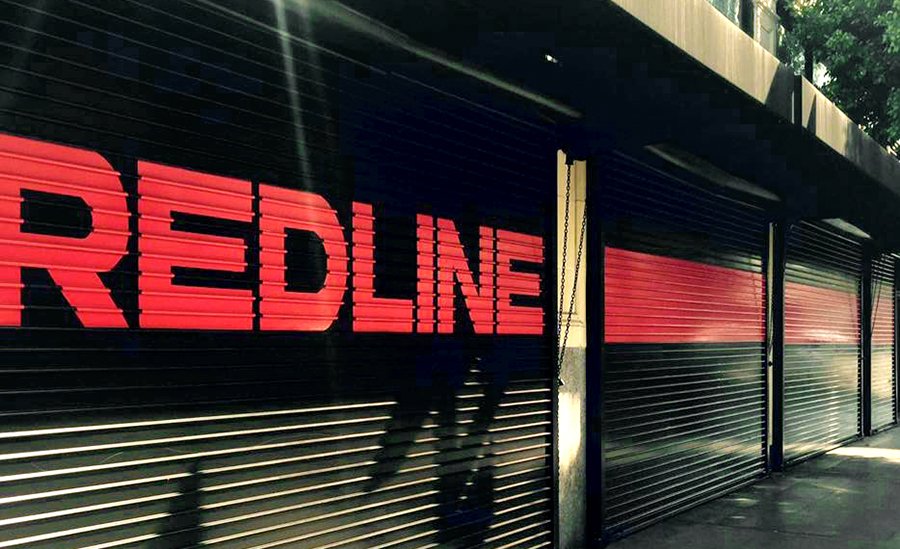 The DTLA LGBTQIA+ community is small but mighty and our nightlife has always been much more than a place to drink. They are spaces where we can come together as community, as a family. Often , we as a community do not have the comforts of being ourselves and our bar scene has become a home where we can just BE!

Oliver Alpuche, my dearest twin brother, created a space for the community where everyone was welcomed. Over 7 years ago, he set out to open REDLINE, a bar that would not only be a safe space for the Eastside’s queer community, but would also be more accessible and inclusive. From our own experiences as kids, we would take an hour and a half bus ride from Highland Park (long before it was the highly sought after, popular place it is today) to West Hollywood to be part of our community.

REDLINE opened on July 14th 2015 alongside PRECINCT and Bar Mattachine that same year, joining the long standing New Jalisco Bar creating a larger queer safe haven in DTLA. After he opened REDLINE, Oliver founded  DTLA Proud, a 501c3 non-profit,  focused on elevating  everyone’s stories, spreading optimism, growing our community and expanding the definition of diversity.  This has helped develop and nurture the unique and vibrant culture of the city we love.

We already lost Bar Mattachine in 2018 and now we are in jeopardy of losing Redline. Please help us  save REDLINE. It is not just to save a bar, but a venue that has been home to many of us, from aspiring drag performers to seasoned professional Drag Artists, up and coming LGBTQ+ comedians and actors to an incubator for community forums and action groups.

Hoping that Redline can reopen soon, Oliver has taken out large business loans to cover expenses while the bar has been forced to stay closed since last March. The moratorium on rent is ending this month. Since there has been NO government relief for business leases, he will have to  pay all of the back rent and Redline is  still unable to open its doors due to the current health mandates.  It is not clear when the mandatory shut down we be lifted, and Redline is on its last breath.

If you know my brother, he is always willing to do whatever he can for his community. He poured his life and soul into creating Redline & DTLA Proud.

As  1st generation immigrant children, we did not come from much, but my brother is a model of what success looks like–passion and love overcoming the odds–and now we will lose a piece of our community if we don’t act soon.

He has been a champion for both the LGBTQIA+ community, as well as building culture and representation in DTLA for over a decade and it’s our time to be his.

We understand times are difficult for all, but any contribution would mean the world. Please share with your friends.