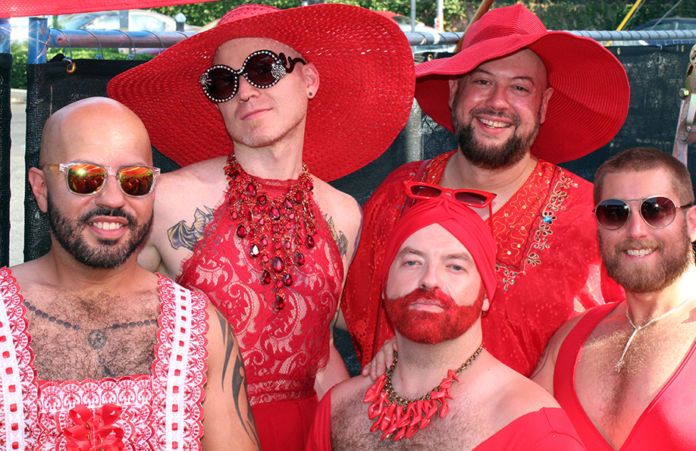 We can’t end the week without showing our readers the mayhem that was the 22nd Annual Red Dress Party at Gold Coast Bar in West Hollywood last weekend, on Sunday, July 15. WEHO TIMES photographers Mike Pingel and Paulo Murillo tag-teamed the gold coast bar to capture the crazy shenanigans inside the bar and at the bar’s parking lot party. 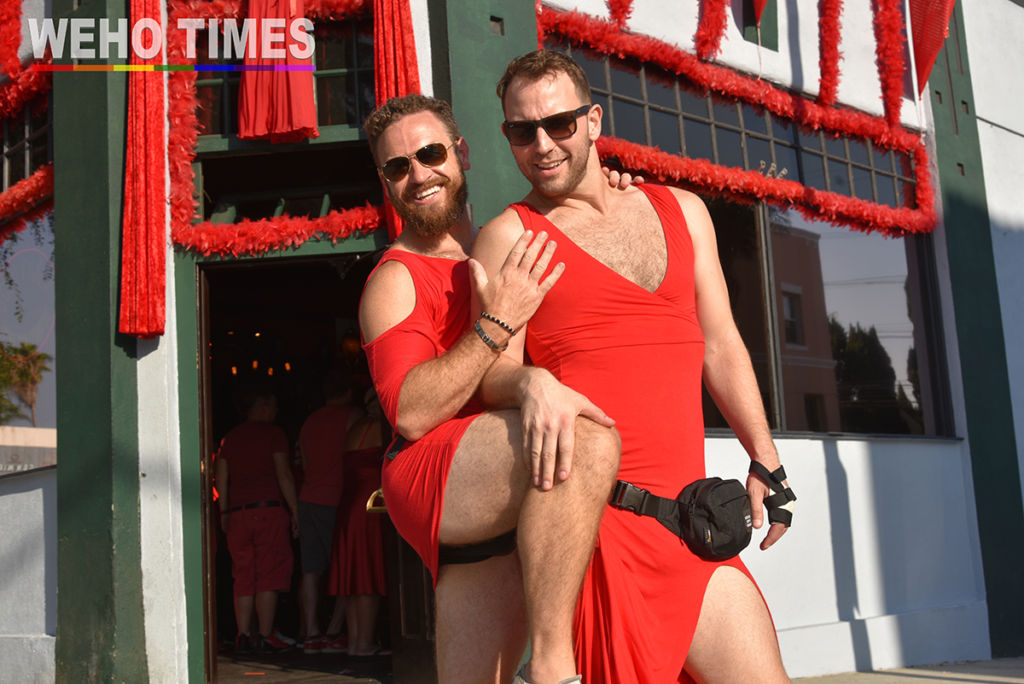 At 22 years, the Red Dress Party mainly gets its draw from word of mouth. There was no cover, but a donation was highly recommended to the charity of the year. This year’s event event benefited The Sisters of Perpetual Indulgence.

DJ Chubjim will spun at the tent all day. DJ Hazmat will spun inside the bar from 11am-3pm. DJ Jeff will had people dancing in their seats from 3pm-8pm. And DJ Draven took over from 8pm-2am.