Aussie rap star Iggy Azalea stunned fans when she made a surprise appearance at Rocco’s West Hollywood last night to meet and greet her “Azaleans,” and promote some of her most recent projects, including her fragrance, Devil’s Advocate.

A vintage Ice-cream truck was painted black and flipped into a portable DJ mobile booth that played tunes on Santa Monica Boulevard. Drag queens Gia Gunn and Kylie Sonique Love dressed for the devilish occasion to join Azalea in promoting Devil’s Advocate. They danced and took photos with fans while waiting for Azalea to arrive.

There was also a pop-up store at Kreation organic juicery next to Rocco’s WeHo. It was an opportunity to smell the perfume in person. The bottle sold for $45 at the pop-up store. 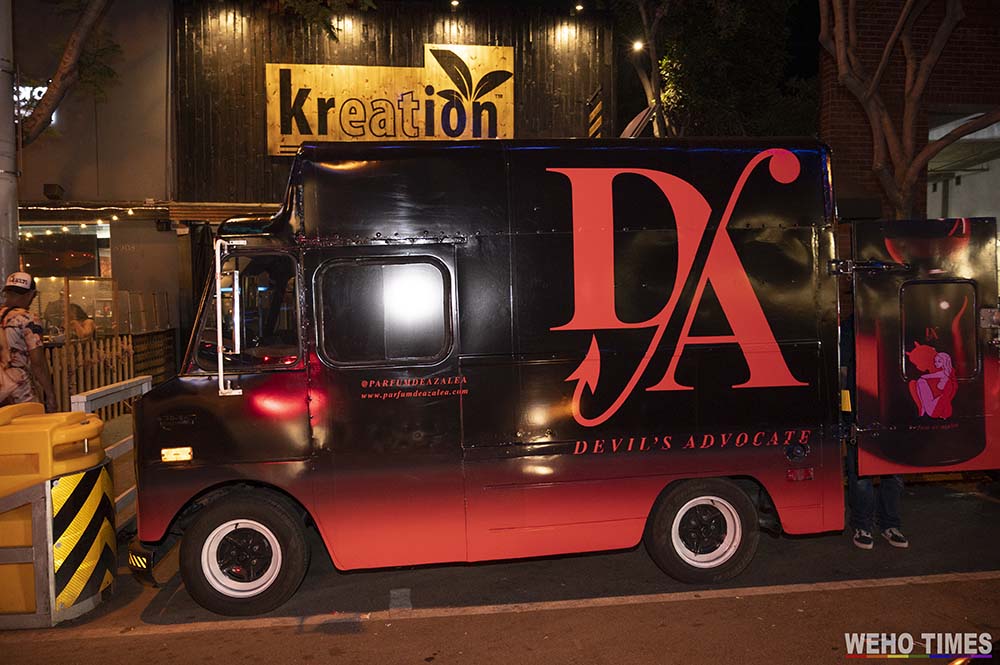 Iggy Azalea, whose real name is Amethyst Amelia Kelly, hinted that she would be in WeHo via twitter back in June 26, when she posted: “I’m actually doing a devil’s advocate fragrance truck in WeHo July 3rd, so anyone curious can come and smell the fragrance in person and yes – I will be there too! More details soon about where we will be thought the day etc”

Then this past Friday, she revealed the location via a tweet reply to Rupaul’s Drag Race alumnus Silky Nutmeg Ganache: “Are you in LA? I’m going to rocco’s Tmr [sic] come out!”

Unfortunately, Miss Ganache is off to Atlanta, so she and Azalia will have to catch up some other time.

Azalea is also promoting the release of her latest stripper pole anthem, “I Am the Strip Club” produced by J. White Did It. The rap song promises to be a 2021 summer favorite. The accompanying video was release a few days ago and it has already been viewed over two million times as of the posting of this piece.

The videos shows a dark-haired Azalea dancing with men in high-heels, fishnet stockings and leather corsets. It’s very reminiscent to what we’ve seen Todrick Hall put out with his androgynous and unapologetically gay high-heeled dance troupe.

Azalea stepped out of a black SUV in front of Rocco’s minutes before midnight. She took some photos with the waiting drag queens before they headed inside the popular dance club and bar.

“Hold my purse, I’m bout to get ratchet,” she raps in “I Am the Strip Club,” but she was actually gracious and on the demure side as she spoke to fans, took selfies, did some interviews and then hung out at the DJ booth to take more pictures with fans.

At one point she rapped along to her latest rap song, much to the delight of the surrounding crowd. She just partied the night away at Rocco’s WeHo with fans and friends. 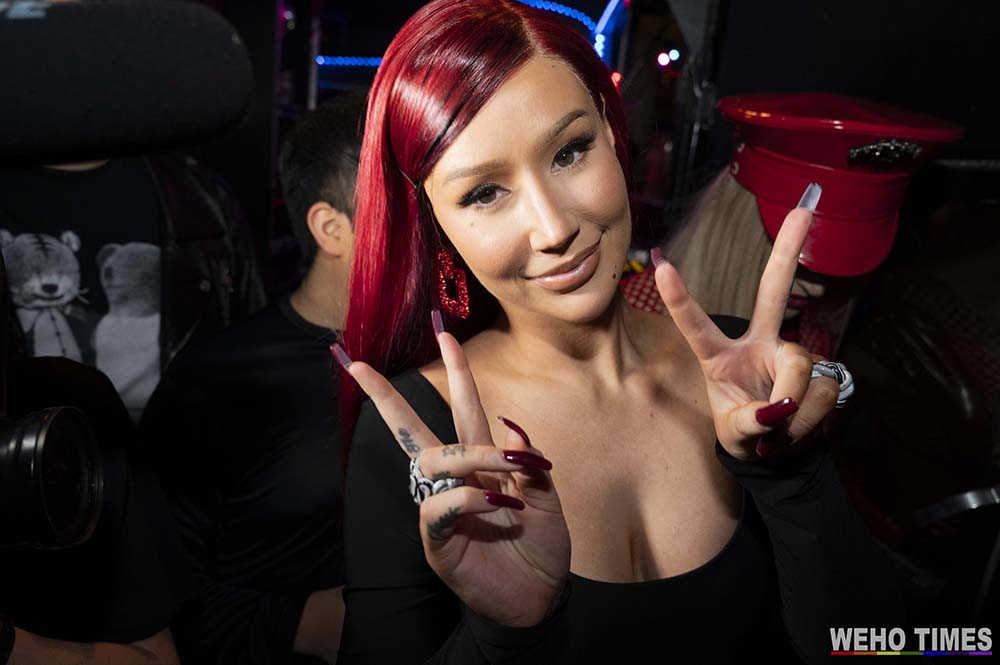 “I Am the Strip Club” is the second single from the upcoming album “End of an Ear.” She is also set to go on the road with Pitbull’s I Feel Good Tour.

ABOUT US
WeHo Times West Hollywood Daily News, Nightlife and Events. The WeHo Times is an online news source covering the life and times of the City of West Hollywood. Featuring unbiased professional reporting and photo journalism, WEHO TIMES is updated daily, delivering the latest city news. The online publication founded in 2017, also features cultural events, people, politics, places, nightlife, and the history that make the City of West Hollywood the unique, creative city we all know and love.
Contact us: editor@wehotimes.com
FOLLOW US
© 2022 Murillo Media, LLC
wpDiscuz
3
0
Would love your thoughts, please comment.x
()
x
| Reply