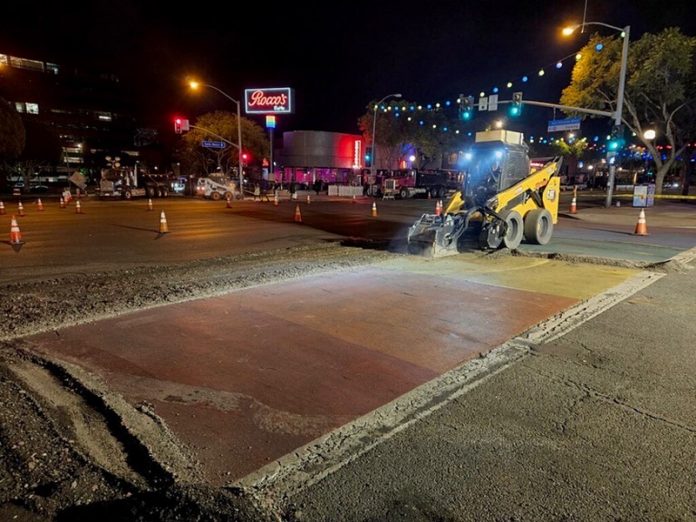 “Tow Away – No Parking” signage was posted yesterday around Santa Monica and San Vicente Boulevards from Monday, February 28 – Tuesday, March 1 (8pm-6am), to make way for the removal of West Hollywood’s Rainbow Crosswalks. The rainbow colors will be replaced with the inclusive Pride Progress flag colors on both the north and south sides of Santa Monica Boulevard.

The City’s asphalt repair contractor Hardy and Harper, began the work a little before 11:00 p.m. last night and concluded before 6:00 a.m. The Rainbow Crosswalks were grounded and removed. They were overlaid with asphalt 2″ deep, as part of the first phase of the installation of the new Pride Progress Flag crosswalk. 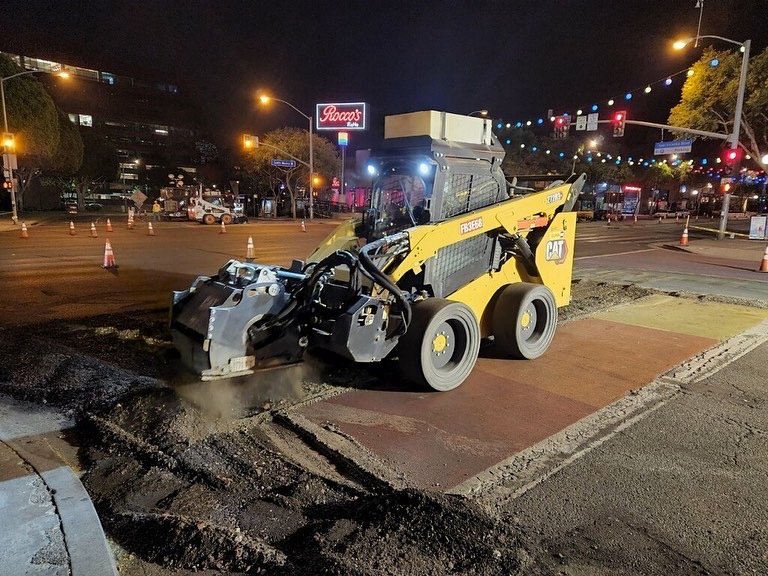 Installment of the new Pride Progress Flag Crosswalks will take place over the course of four days during the daytime next week. New borders will begin on Monday, March 7, 2022 (day 1), and new color thermoplastic will continue through Thursday, March 10, 2022 (day 2,3,4).

Cold and windy weather delayed the work, which was scheduled to begin last week, on Tuesday, February 22, during its first phase. Phase two was supposed to begin March 1 and be completed by March 3. 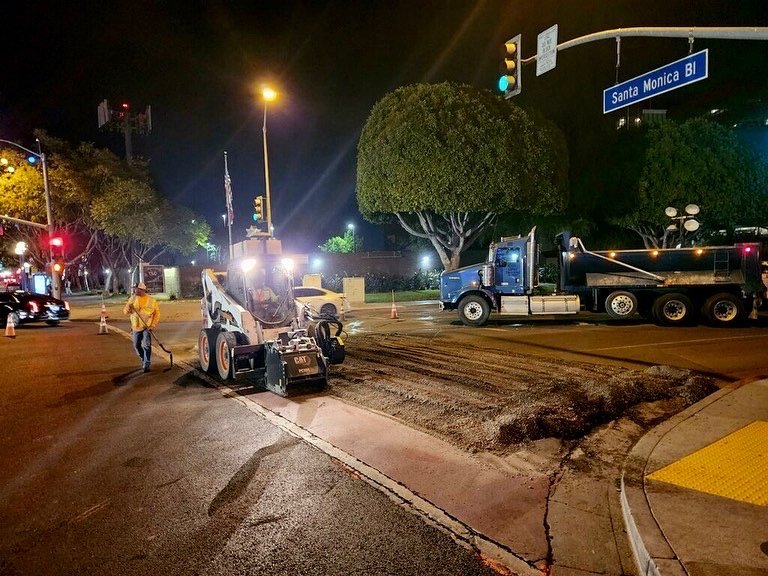 West Hollywood’s Rainbow Crosswalks made history as the world’s first permanent Rainbow Crosswalks. The installation garnered worldwide attention and was considered an iconic symbol of hope, pride, and inclusivity when it was first installed on June 7, 2012, in celebration of National Pride Month. The rainbow colors were painted over what used to be a  brick crosswalk at the intersection of Santa Monica and San Vicente Boulevards. It garnered the name the Rainbow Brick Road by some local residents.

Over the years, community members have complained that the rainbow colors were poorly maintained and rarely cleaned.

The Pride Progress Flag was created by Portland artist Daniel Quasar. According to his interpretation, the new flag goes beyond the rainbow, adding the color white to represent lives lost to HIV and AIDS, pink and blue for the transgender community, and black and brown to represent LGBTQ people of color.

Not entirely clear why some people have to crap on others for trying to be inclusive.