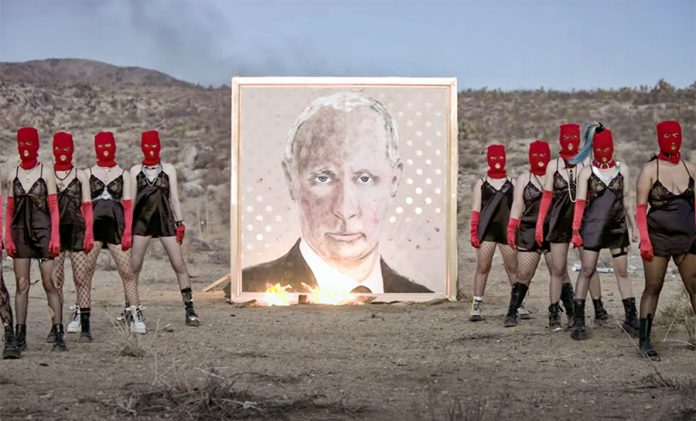 Pussy Riot is coming to the outskirts of the City of West Hollywood. The Russian feminist punk band is bringing a protest and their brand of performance art to Los Angeles for the very first time at the Jeffrey Deitch Gallery, located at 7000 Santa Monica Boulevard. The gallery, located two blocks east of La Brea Ave, will be closed for installation and reopening on Friday January 27, 2022 with Pussy Riot: Putin’s Ashes. Show time will be from 6:00 p.m. – 8:00 p.m. Tickets are free.

Pussy Riot is bringing Putin’s Ashes to Jeffrey Deitch Gallery from January 27 through February 3, 2022. The provocative punk rock group brings its radical performance art and invites everyone to join their protest against the leader of Russia. 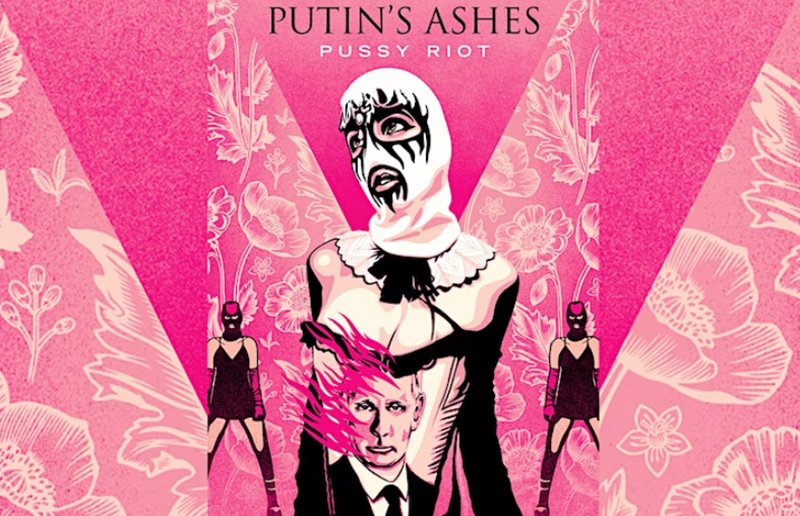 On the opening night, the group will lead a protest and perform their political art. As part of the protest only those wearing balaclavas will be granted entry to the event. The gallery will provide balaclavas at the entrance, but guests are encouraged to bring their own. A balaclavas, also known as a balaclava helmet or ski mask, is a form of cloth headgear designed to expose only part of the face, usually the eyes and mouth.

This performance is in response to the war in Ukraine, and it is a continuation of the group’s ongoing efforts to raise awareness about human rights, feminism, LGBTQ rights, and their opposition to Russian President Vladimir Putin and his policies.

In August 2022, Pussy Riot initiated Putin’s Ashes by burning down a 10 x 10-foot portrait of the Russian president in response to the war in Ukraine. Twelve women participated in the performance in which they also conducted spells and rituals aimed to chase Putin away. Pussy Riot’s founding member Nadya Tolokonnikova bottled the ashes of the portrait and incorporated them into her objects that are being presented alongside a short art film Putin’s Ashes, which she directed, edited and scored.

Pussy Riot is known for its punk rock music and guerrilla gigs, which have landed them in prison. The group is not afraid to take bold actions in order to raise awareness about the issues they care about. Their performances are often a mix of music, art, and activism, and they have become a symbol of resistance and hope for many people in Russia and around the world.

Pussy riot has been a laughing stock among both the political and art world for being paid shill foreign operatives. Banging the war drums is not very punk rock, ladies.