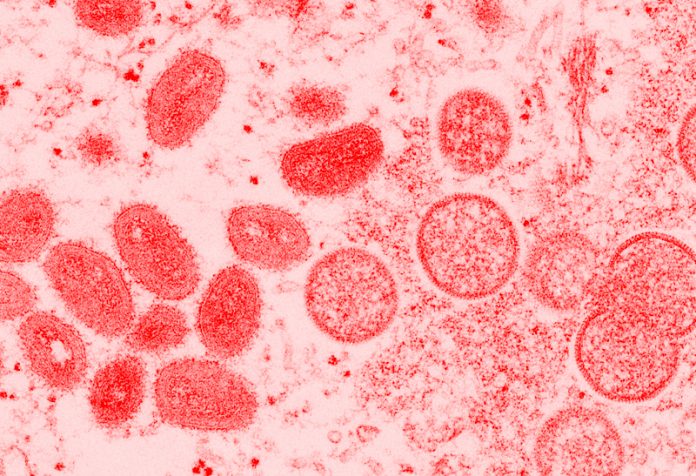 Los Angeles County Department of Public Health reports that as of July 8, 2022 probable and confirmed monkeypox cases have risen to 54 in Los Angeles County. The number was 47 yesterday. On June 29, 2022, there were approximately 30 reported cases of monkeypox in LA County. There were only five cases reported on June 16, 2022. In California there are 80 reported cases and in the United States there are 351 confirmed cases.

The City of West Hollywood got the word out earlier this week that the Centers for Disease Control and Prevention (CDC) is tracking multiple monkeypox cases that have been reported in several countries that do not typically report monkeypox infection (view global map), including the United States. It is not clear at this time how individuals were exposed to monkeypox, but early data suggests that gay men, bisexual men, and other men who have sex with men (MSM) comprise a high number of cases. Anyone, however, in close contact with someone who has monkeypox is at risk.

Monkeypox is a rare viral infection first identified in 1958. In most countries, cases are rarely seen in people who have not traveled to Central or West Africa, where the virus is endemic (regularly found). Since May 2022, there has been an uptick in cases among people who have not visited Africa, including in Europe and North America, as well as specifically in California.

While the risk of contracting monkeypox is currently very low in the general population, the City of West Hollywood is disseminating information from the CDC and from the Los Angeles County Department of Public Health (Public Health) so that community members can be informed about what do to if signs of monkeypox appear.

Monkeypox is spread by close physical contact (including sexual contact) with someone who has symptoms or by touching contaminated items, such as clothing and bedding. It can cause flu-like symptoms and/or a distinct rash that can be bumpy or fluid-filled on the face, body, genitals, arms, and/or legs. According to Public Health, signs of infection may include: fever and headaches; swollen lymph nodes; muscle aches; and rash, bumps, or blisters, which may be limited to one part of the body.

The CDC and Public Health officials urge anyone with a rash that looks like monkeypox to isolate from others and to speak with their healthcare provider, even if they do not think they had contact with someone who has monkeypox. People who may be at higher risk may generally include, but are not limited to, those who:

While there are vaccines that provide resistance to monkeypox infection, CDC is not yet recommending vaccinations for the general public, in part because of limited supply at this time. Vaccines are currently being allocated to jurisdictions to use for known contacts.

In LA County, Public Health officials have been identifying monkeypox cases through investigation, contact tracing, and risk exposure assessments, as well as presumed contacts who meet the following criteria: had a sex partner in the past 14 days diagnosed with monkeypox or had multiple sex partners in the past 14 days in a jurisdiction with known monkeypox transmission. Public Health is developing a vaccine strategy and is administering a limited supply of vaccine for post-exposure prophylaxis (PEP) for those who had an exposure with a confirmed case. Public Health is awaiting a replenishment of doses withing the next few weeks.

The City of West Hollywood is in close contact with contracted provider organizations such as the Los Angeles LGBT Center, Saban Community Clinic, and Men’s Health Foundation. Once an allocation of vaccines is more broadly available, the City will share updated information about vaccines and will provide details about providers offering vaccinations. More information about current CDC vaccination guidelines can be found here.

The California Department of Public Health (CDPH) has an informational FAQ on its website. The CDPH website also features an information sheet (in English and in nine other languages) created by and for gay men, bisexual men, and men and/or transgender people who have sex with men. LA County Public Health has, additionally, prepared a variety of health education resources, including flyers and handouts, such as: Pamphlet; Flyer; Signage; Pocketcard; and Intimate Contact Handout.