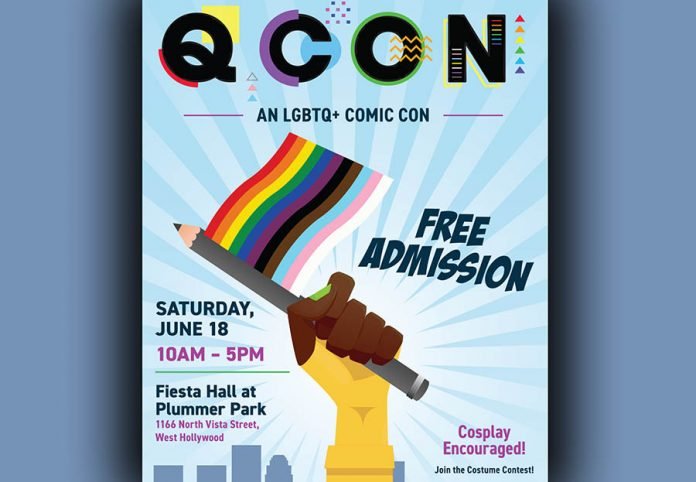 Q Con is supported by a grant from the City of West Hollywood’s Arts Division as part of the City’s WeHo Pride LGBTQ Arts Festival (May 22 – June 30). More info at weho.org/pride and and follow at @wehoarts.

Q Con is family friendly and free to the public, giving pre-teens and adults the opportunity to find a wide variety of comics and graphic novels affirming LGBTQ+ representation at one exciting colorful event. The queer space will celebrate the amazing diversity of LGBTQ+ comics, games and popular media today and feature creators from indie comics, to major publishers. Meet creators, get autographs and sketches, and mingle with other comics fans. Cosplay is strongly encouraged. Enter the Q Con Costume Contest for fun and prizes!

COVID SAFETY: COVID safety protocols will be in place as mandated by the City of West Hollywood including occupancy regulations. Proof of vaccination will be required, and mask wearing may be required.