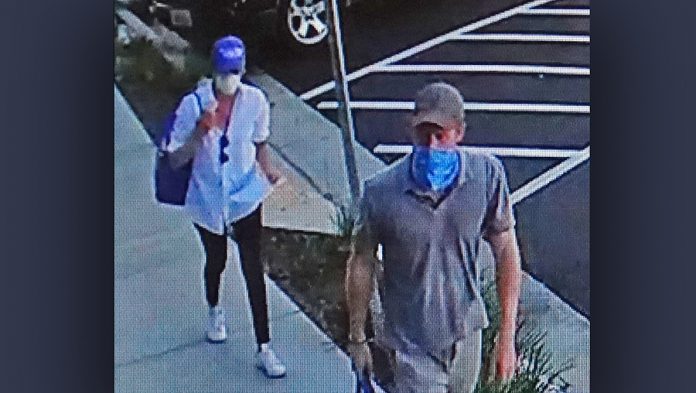 If Prince Harry and Duchess Meghan Markle deliver meals for a worthy cause, but do not take a single publicity photo, did it really happen?

According to a Project Angel Food representative, the Duke and Duchess wanted anonymity when they volunteered to deliver food for the non-profit agency that cooks and delivers healthy meals to people debilitated by serious illnesses. The royals wanted to give back to the community and be of service to a worthy cause without the usual circus that surrounds their every move. And they almost pulled it off, were it not for the security cameras that were most likely sold to the highest bidder in the press. Video footage shows them dressed as normal folks delivering meals to Los Angeles and West Hollywood residents. It’s the first time they were spotted in Los Angeles, reports the Daily Mail.

“In honor of Easter holiday, the Duke and Duchess spent Sunday morning volunteering with Project Angel Food by delivering meals to our clients,” stated Project Angel Food Executive Director, Richard Ayoub. “And on Wednesday they quietly continued delivering meals to relieve our overworked drivers. It was their way to thank volunteers, chefs and staff have who been working tirelessly since the COVID-19 crisis began.”

Project Angel Feed could use the royal support if they opted to be low key about their service. The organization issued an urgent plea for volunteers and donations early last month after a large number of volunteers canceled and three fundraisers were postponed in response to the COVID-19.

Every week Project Angel Food cooks, prepares, and delivers 15,000 meals for 1,600 clients living with critical illnesses. More than 62% of those clients are 60 and older and have compromised immune systems, which place them at greater risk. Because of this at-risk client base, the organization has always been hyper vigilant but now has to ramp up its already stringent food safety measures.

Prince Harry and Duchess Maghen wore face coverings when they delivered their meals. The Daily Mail reports that they went under-the-radar in dressed down clothes while making 20 deliveries. In one of the runs, Harry opted for a bandana, while his wife wore a medical mask.

According to reports Duchess Meghan is a Los Angeles native who knew about Project Angel’s charity’s work in the community from growing up in the area.

Since its inception thirty years ago, Project Angel Food has prepared and delivered more than 12 million meals – currently 15,000 per week – free of charge to men, women and children living with critical illnesses. Project Angel Food has expanded its initial mission from serving people living with HIV/AIDS to include medically tailored meals, prepared by staff and volunteers, for those combatting cancer, kidney failure, diabetes, and congestive heart disease. The mission has always remained intact, to feed and nourish the sick, by delivering healthy nutritious meals throughout 4,400 square miles of Los Angeles County. More than 98% of Project Angel Food clients are living at or below the poverty level, and Project Angel Food is their lifeline, filling a vital need in all communities.

The organization is accepting donations in any amount at www.angelfood.org/covid19.