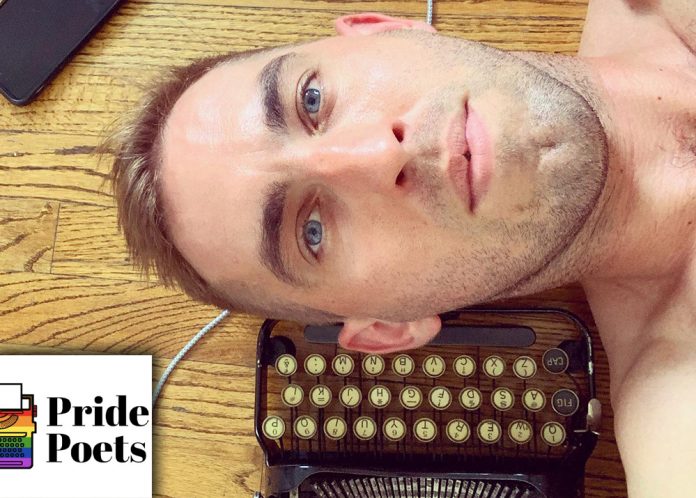 Poet Laureate of the City of West Hollywood, Brian Sonia-Wallace, crunched the Pride Poetry numbers and posted them on his social media.

“People have been messaging non-stop about what their poems meant to them, a poem was written that the couple are going to read at their wedding this week, lots of good tears and laughs and all the things poetry should do.” Sonia-Wallace posted on his Facebook timeline. “Thank you to all who called in! Anyone who had a poem written and is waiting on an email dm or email pridepoets@gmail.com and I’ll make sure it gets to you!
He also thanked the 18 poets who took the calls and called them out by their Instagram handles: @molly__parton @molly Thornton_writes @cgewertz @carlasameth @jen.and.potato @natalienicole24601 @writervicyates @j.daniel.cruz @jireh_deng @mikenark @shesmineproductions @heyellabaker @ariannetrue @fieldednotes @jairbula @nomoremoonpoems @bfzaldivar

Thanks @wehoarts for supporting this project for the last 3 years, and thanks for spreading the news and helping people find the hotline @rogue_artists @weho_times @wehoville @spectrumnews1socal.

The hotline is now closed.

For the past two years, Pride Poets has brought together LGBTQ+ literary community and members of the public. In 2019, they popped up with typewriters around West Hollywood throughout the month of Pride, crafting over 600 new poems for people passing by, commemorating their personal queer histories. In 2020 Pride Poets fielded 60 custom poem requests submitted online and ran Pride Mic, which featured 100+ LGBTQ+ writers and notable historian Lillian Faderman (co-author of Gay LA).

Pride Poets connects LGBTQ+ poets with the public to write custom poems. It’s mission is to promote queer dialogue and writing using storytelling, glitter & typewriters. Pride Poets is a RENT Poet Project, made possible by a One City One Pride grant from the City of West Hollywood and organized by Brian Sonia-Wallace, with the permeable poetry hotline in 2021 co-organized with Molly Thornton. The phone line was in collaboration with the Try Tank Experimental Lab (www.TryTank.org), and linked to self-guided events LOVE NOTE and Pride Publics.

West Hollywood’s One City One Pride LGBTQ Arts Festival continues its celebration of artistic contributions of the LGBTQ community. The festival runs for 40 days, from Harvey Milk Day on Saturday, May 22, 2021 through Wednesday, June 30, 2021, which marks the end of Pride month.