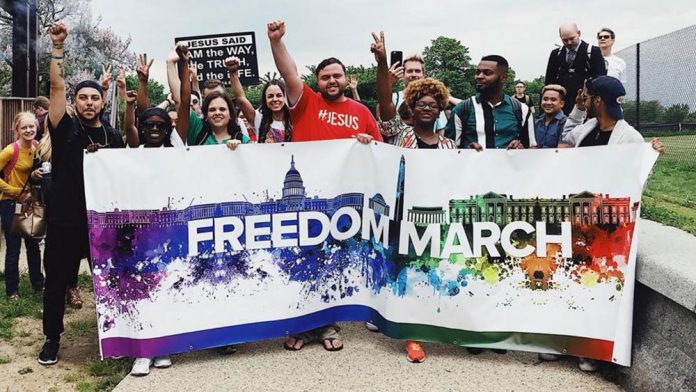 A group of alleged former sinners, who no longer identify as lesbian, gay, bisexual, and transgender, are hitting the streets of Los Angeles for what is being billed as a Freedom March, on November 4.

“Ex-gays” from different parts of the country will gather in Downtown Los Angeles to claim up and down the holy cross that they have been healed from homosexuality. They will preach about how they were freed from gay sin through the healing powers of Jesus Christ

Two heart-wrenching high profile individuals who chose to destroy their God-given homosexuality and cover themselves in the blood of Christ, are Luis Javier Ruiz and Angel Colon, who were shot during the gay Pulse Nightclub massacre that left 49 people dead. Ruiz and colon both use their Pulse Nightclub nightmare to preach about their newfound “fearless identity” and why they now embrace the ex-gay way. 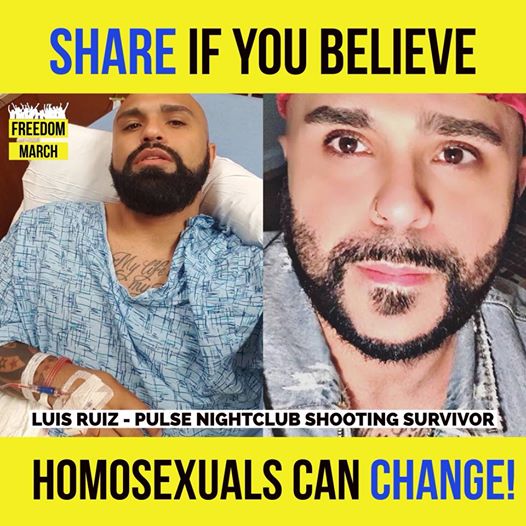 Ruiz headlined a Freedom March in Washington DC back in May of this year, and he’s expected to make an appearance at the Los Angeles Freedom March to basically speak about how his untreated sexual addiction landed him where he is today.

“I should have been number 50!” Ruiz posted on the Freedom March Facebook page back in April. “Going through old pictures of the night of Pulse, I remember my struggles of perversion, heavy drinking to drown out everything and having promiscuous sex that led to HIV. My struggles were real ! The enemy had its grip, and now God has taken me from that moment and has given me Christ Jesus. I’ve grown to know His love in a deeper level. 2 out of the 49 were my close friends and are no longer with us. They lost their life that night. I should have been number 50 but now I have the chance to live in relationship and not religion – not just loving Christ but being in love with Christ and sharing His love. I know who I am and I am not defined with who the enemy says I use to be – but who Christ Jesus says I am. #FreedomMarch.” 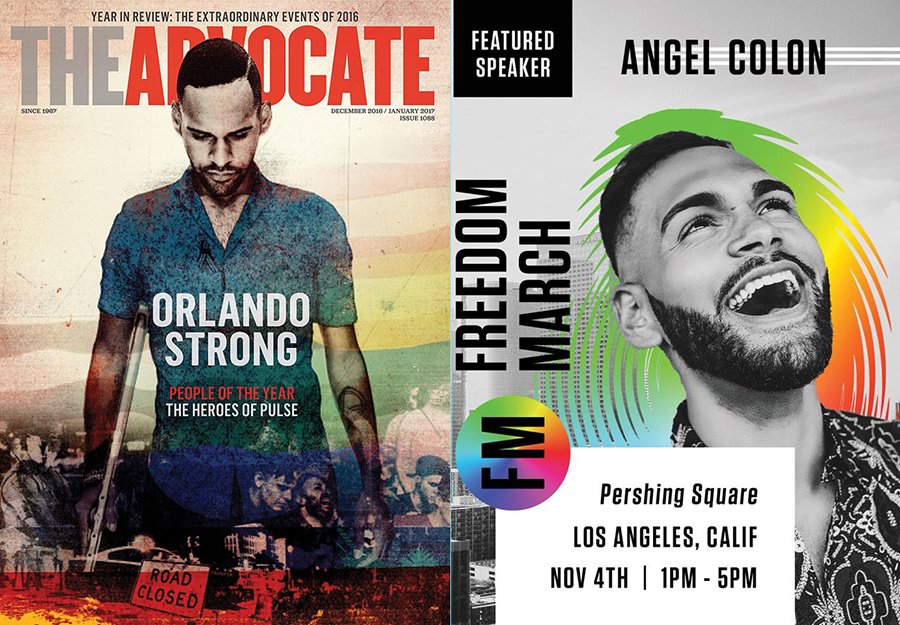 Colon became the face of the survivors after he graced the cover of The Advocate–the LGBT Magazine that gave him the honor as a Person of the Year. Colon calls himself an “overcomer” and claims to have broken away from gay sin and now enjoys the unconditional love, peace and freedom of a relationship with Christ.

Jeffrey McCall, a former prostitute who lived as a transwoman named Scarlet, is the founder and CEO of the Freedom March. 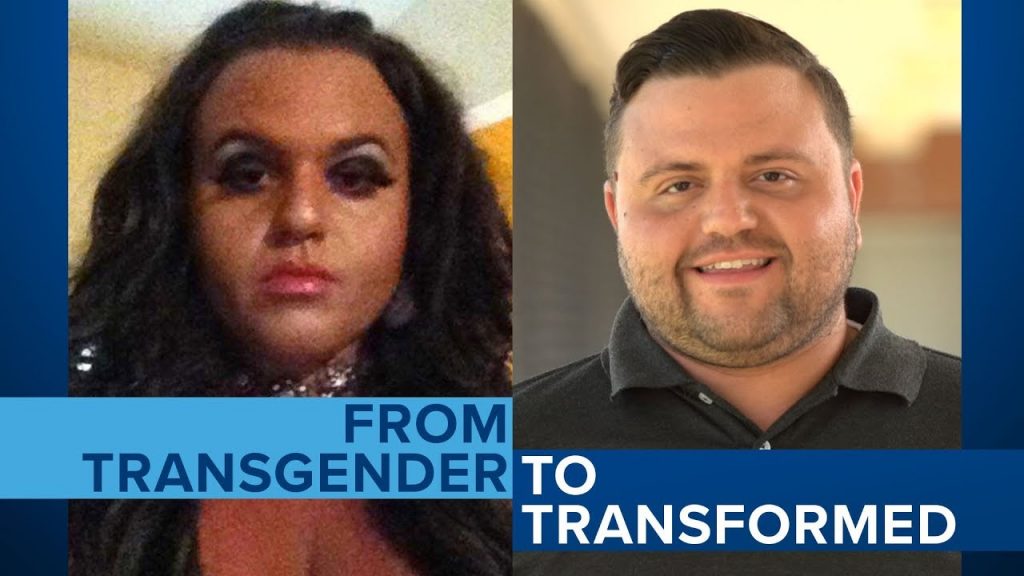 McCall told the Christian Broadcasting Network (CBN) that he wants former LGBTQ people to have their voice heard. He wants the world to know that you can change your lifestyle, no matter who you are.

The Freedom March Facebook Page profiles other LGBT individuals who claim they are no longer LGBT—some who go so far as marrying each other in former homosexual wedded bliss. 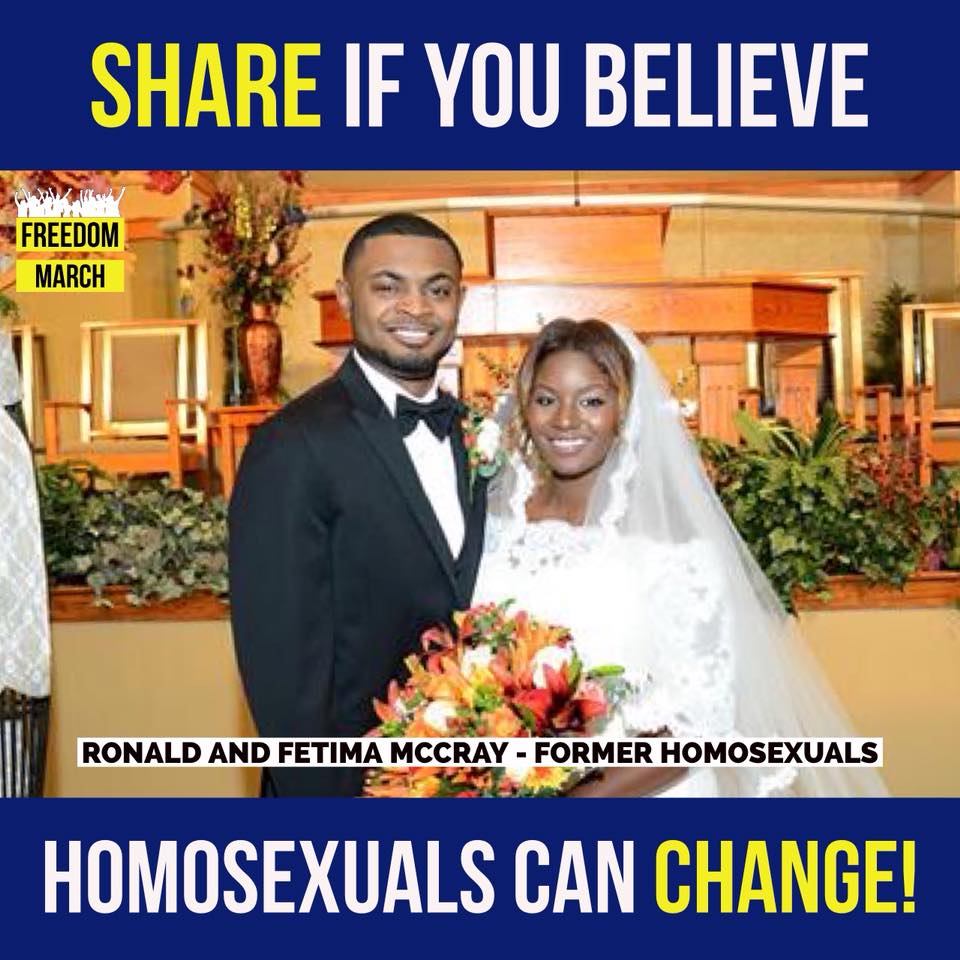 The Freedom March will start at Pershing Square.

It is unclear at this time if a counter-protest is in the works.