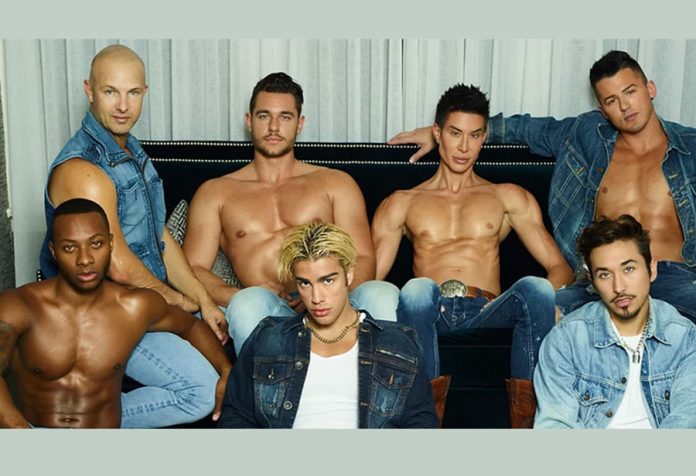 The Men of West Hollywood reality series by Get Me Out Productions snatched some headlines recently as a new similar reality show, Real Friends of WeHo gets ready for its closeup on MTV when it premieres on Friday, January 20th, at 9 p.m. ET/PT following RuPaul’s Drag Race.

Deadline reports that Men of West Hollywood was supposedly so popular on the Crackle streaming platform, that there are plans in the works to expand the franchise with international versions of the show and spinoffs in New York, San Francisco, and Miami.

The original series brought reality TV drama on January 2022, with camera crews following a group of friends in West Hollywood. Personalities include: Mr. California, a plastic surgery icon, a celebrity photographer, a top underwear model, a YouTube star and a luxury property owner — six of the biggest male socialites in the city (allegedly) along with their boyfriends and girlfriends, give a glimpse into their lavish WeHo lifestyles.

A whole year has gone by since these socialites made their debut. Get Out Productions is in talks to adapt the series in Canada, Latin America, and Europe, with plans to create versions such as “Hombres de Playa” in Mexico, “Homens do Rio” in Brazil, “Männer vom Nollendorfplatz” in Germany and “Hombres de Chueca” in Spain, reports Deadline.

Additionally, they are also exploring spinoffs such as “Men of The Castro” (San Francisco), “Men of Chelsea” (New York), and “Men of South Beach” (Miami).

Hali Anastopoulo is the creator of the series, and serves as both an executive producer and co-director alongside Akim Anastopoulo.

Then we have The Real Friends of WeHo, a reality series that follows the format of The Men of West Hollywood, which follows the format of the Real Housewives franchise. The show will show us the lives of six LGBTQ+ (alleged) celebrities, personalities, and entrepreneurs living in West Hollywood (even though most of us rarely see them in WeHo), feature Brad Goreski, a celebrity stylist; Todrick Hall, a choreographer and singer; Curtis Hamilton, an actor; Dorión Renaud, CEO of Buttah Skincare; Jaymes Vaughan, a TV host and business owner; and Joey Zauzig, a digital entrepreneur.