Grammy-winning pop star Lizzo made a surprise appearance and gave an impromptu performance at Heart WeHo, during A Night of a Thousand Lizzos on Wednesday Night, hosted by RuPaul’s Drag Race Season 14 alumni, Kornbread. 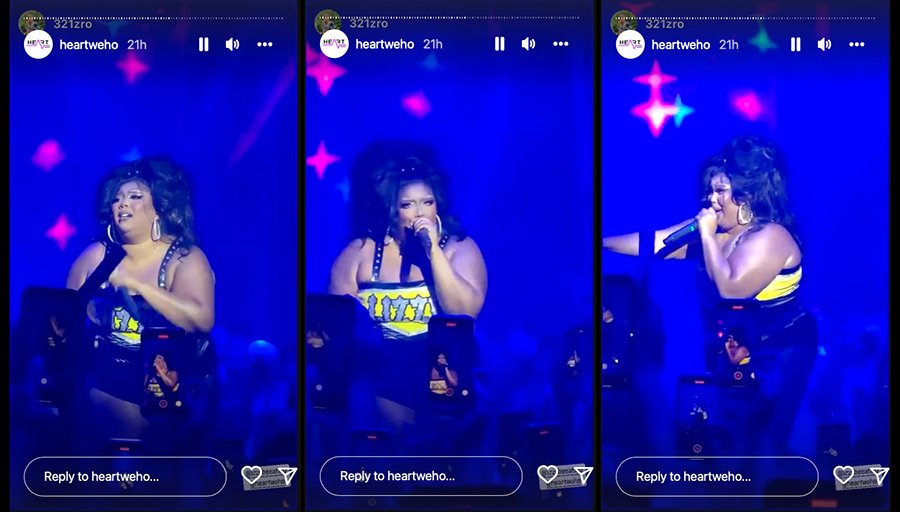 She let the crowd take it all in before she tore off her yellow skirt to reveal legs and a latex body suit. She worked the Heart WeHo catwalk and even did a drag queen death drop towards the end. She lip synced “About Damn Time”, and then performed “Cuz I Love You” live, followed by the the debut of her new Song “Everybody’s Gay.”

“I feel like I’m family, so we can all understand,” she added on a more serious note. “I’ve been feeling so down, so depressed, and so stressed lately. I feel so much hate from the world sometimes. But, to come into this place and feel love from the LGBTQIA+ community — by the way, since day motherf—ing one, we’ve been walking together. It means so, so much to me.”

Kornbread gave Lizzo props for representing and for doing whatever “the f*ck she wants.”  Both entertainers were on an episode of Rupaul’s Drag Race together where Kornbread was a contestant and Lizzo was a judge. The two made a connection during a break from the runway when the singer-songwriter’s gave Kornbread some words of encouragement which caused the contestant to breakdown in tears.

To catch snippets of pop star Lizzo at Heart WeHo this week, check out their instagram @heartweho and click on their stories for a large compilation from different angles.

DONE!!! Amazing photo. She seems more than delighted by it.