ALL OUT POLITICS: Being a U.S. Territory Should Merit More than Paper Towels 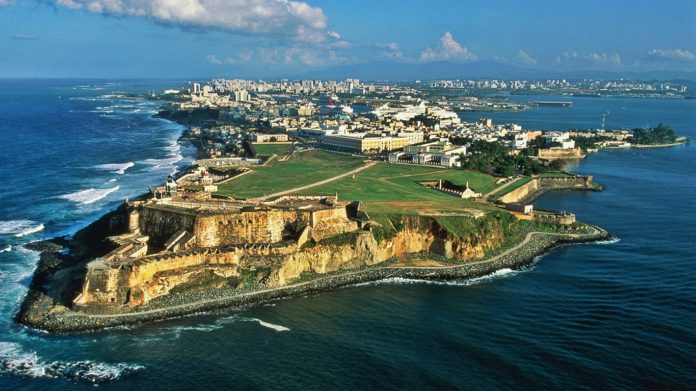 Imagine you live on an island in the Caribbean Sea. Your home is one of more than 7,000 islands in the immediate region, but one of only 27 territories and sovereign nations into which a local galaxy of isles are politically organized.

You, your family, your friends, and most of your fellow islanders feel special in comparison to your Caribbean neighbors. Your home island is a wholly owned territory of the United States of America—surely one of its most prized possessions. You may live offshore from the mainland; but still, you are a U.S. citizen, an American—stakeholder, no less, in the world’s oldest democracy and the wealthiest society humanity has ever known.

You have family members who serve this country in the U.S. military. You may not get to vote in presidential elections, and the votes of your member of Congress may only be symbolic—not actually counting for, or against federal legislation—but as a Puerto Rican, you’re proud to also be an American.

That means something—or so you thought until recently. In the aftermath of Hurricane Maria and in light of the American government’s response to a storm of biblical proportions, you struggle to believe that your American exceptionalism among Caribbean islands is of any material value now.

A month after the storm, Esquire published photographs shot in various locations across Puerto Rico that looked more like an undeveloped nation following decades of a war and neglect than a lush jewel-in-the-crown of American territories cleaning up after a terrible storm. The worst image, of course, featured an American president, flicking rolls of paper towels at his fellow American citizens, who happen also to live in Puerto Rico.

Although the symbolic irony of President Trump’s impotent gesture seemed lost only on him, it was not on Puerto Ricans still suffering without potable water four weeks into the recovery from Hurricane Maria. The U.S. took Puerto Rico from Spain 99 years ago. In that time, your island has considered petitioning for statehood five times—most recently this year. The result was again that the vast majority who participated in the plebiscite voted for statehood.

Whatever the reason Puerto Rico remains a territory and not a state, one thing is clearer in the post-Maria world than ever it was before:  Unless and until Puerto Rico becomes the 51st state of the United States, your sumptuously tropical-subtropical home will remain an American territory with a special relationship to this country—yet without a guarantee of being treated like a part of it the way a state is treated.

Until then, when the right set of political dynamics exist in Washington D.C., there may be little difference between how your island experiences hurricane or other federal disaster relief, and how Florida might experience it. On the other hand, when an unsympathetic twist in political winds arrives in Washington, you might get paper towels and warnings of limited help from FEMA tossed your way.

It’s at least an interesting anecdote if not a significant cultural artifact that the nomenclature, “51st state of America” is an occasional descriptor of Puerto Rico along with another group of North Atlantic islands:  The British Isles have been pejoratively called the 51st state of America—perhaps most famously by two U.K. punk bands, The Shakes and New Model Army.

To be U.S. territory should mean something. Is should be a place of high esteem to be universally recognized as the first candidate in line to be the next state of this Union. To be a U.S. territory should not mean being treated as second-class citizens. To the contrary, it should mean being the beneficiary of mindful, caring stewardship by the nation that holds you in possession. You should be valued, not begrudged.

Let’s not forget the geopolitical value of Puerto Rico. It’s not hard to think of at least five countries from China to Mexico that would love to call Puerto Rico their bilateral ally—if not their prized possession. If we have any doubts about what China would do with such a prized possession, we need only look at the militarized, man-made islands they’ve infamously built in the Pacific. It’s worth noting that already, there has been a push to teach Mandarin in Puerto Rico’s public schools.

Your island may be “just a possession” belonging to its patron nation, but you’ve always thought if one had to live in a place with territorial, as opposed to nation-state, status, who wouldn’t want to be to a citizen of an American possession? Given the United States’ unique position of wealth and power, living in one of our unincorporated territories, you’ve always assumed, comes with a strong and justified sense of being protected.

One would assume life in a U.S. territory would be a life of privilege and cherishment by the great nation that holds the title and deed to your island home. Sadly, post-Hurricane Maria, my fellow American, you must be rethinking your assumptions.