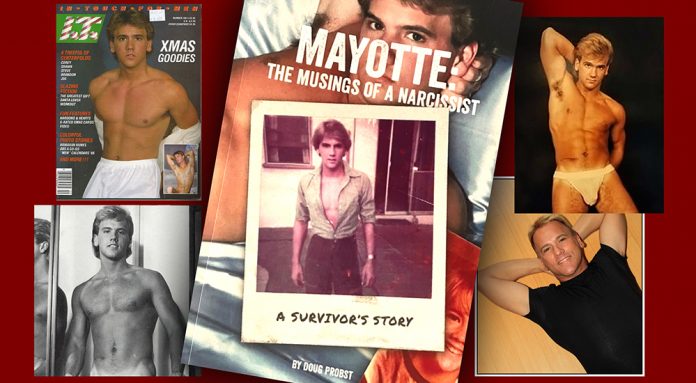 On a warm and sunny day in the city of Long Beach you find a boy walking on Ocean Blvd and Alamitos heading East towards Redondo Ave. He has sandy blonde hair just long enough to touch his shoulders, with brown eyes and an angelic face. He’s shirtless and has that surfer look, wearing only his favorite white pants. The boy is confident and on a mission with a body for sin and a mind for business. Traffic slows as drivers, mostly men, and some women, try to catch a glimpse. The boy smiles as he turns around for them to get a better view of what he’s offering. He knows this will be a good day, both sexually and financially. The year is 1982. The boy is Doug Probst aka Shawn Mayotte a former adult gay actor, model, and sex worker, turned musician and author. 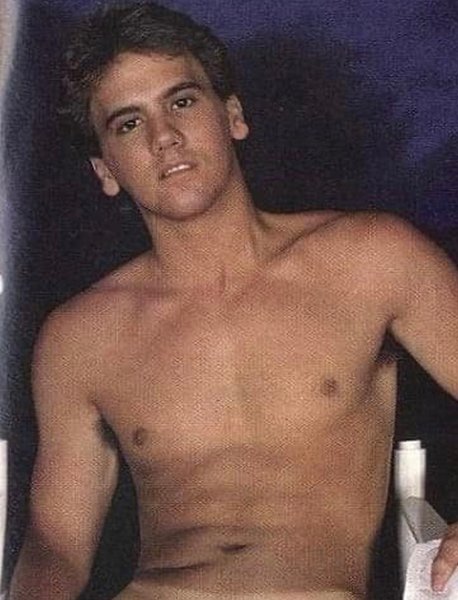 This month, Probst released his book titled, “Mayotte: The Musings of a Narcissist. A Survivor’s Story”, available on Amazon. It’s a brutally honest look on his life detailing abusive parents, institutions that failed him, his life as a sex worker, his passion for music and his love for his son. The book spans three decades in which he details his friends dying from AIDS and his commitment as an activist, as a musician and as a father. The book is raw and detailed and as a tell-all, leaves little to the imagination.

A sit down with the man who identifies as a “narcissist” reveals a survivor, humbled by his experience, eloquent, and vocal about his passion for those ostracized and marginalized by society. He’s also songwriter and musician who believes that it’s never too late to become a “rock star.”

Your book is an intense, detailed page turner. Starting with an abusive father who beat you on a regular basis, and who also molested your sister, to an alcoholic mother. You also wrote in detail about being sexually molested from the age of 13 to 17 by institution employees and eventually becoming a sex worker at the age of 17 in 1982, back when AIDS didn’t have a name yet. What made you decide to write the book now?

I started writing this book about 15 years ago. I’ve had friends tell me that my life is so interesting, and I should write a book. When I started writing this, yes, my life is interesting, but in the end, I decided to write this book for all my friends who died of Aids. I wanted to shout out to the world what I went through and about the system and the Catholic priests and the sexual abuse that I’ve received from them, and not just for myself, but others, and how the system failed the kids as they continued to abuse them. However, I didn’t want the book to just be about me. I wanted the book to be about my friends whose story people won’t know because they’re dead now. And how William Higgins, owner of YMAC Studio, insisted on filming them without a condom, knowing that there’s a disease out there that’s killing all my friends.

You come from a dysfunctional family, how tough was it when your own mother turned you away and you had no place to live?

My father was the biggest piece of shit that ever lived. My mother was no better. I did what I had to do back then, because when you’re poor as hell, all I can think about was I need to survive. I learned that from a quote by Oscar Wilde. When I got out of the institution, I knew I had talent, I can play guitar, bass and keyboard. I was musically gifted. I can play Bach and the classics just by listening to it. But I didn’t know how I could parlay that into money. So, I did what I had to do to survive. I knew that I was desired by both men and women and I used that to ensure that I could live. My parents didn’t want me, but the ones that were willing to pay for me, they desired me and some of them became my surrogate father figures who believed in me and taught me things that my dead-beat dad never taught me. I listened to them and some of them have been instrumental in my growth. As an uneducated kid that never finished High School, I learned everything I could by reading the Encyclopedia. I am here today because I knew I was destined for something better. I was going to be a musician and I had talents and I love and believed in myself. So here I am today, alive and making something out of my experience.

Let’s talk about sex. You were 17 at the time when you started working the streets. What made you decide to pick Long Beach instead of West Hollywood?

I’m from Lakewood, Ca. so Long Beach was the closest. I wanted to go where there were nice people, businesses and where the fun never ends. Where there were gay guys everywhere. Nice guys and a real city. Later on, I also had tricks from West Hollywood and the Hollywood area. I would go to “Numbers” on Santa Monica Blvd. I travelled everywhere where the guys were available and wanted me. I also drove to Laguna, Orange County, you name it, I was there. I enjoy sex with both sexes. At that time, I knew I loved women and wanted women, but I was turned on by men too. I’d say I’m ‘trysexual’ but what is that really. I was working and getting paid for what I enjoyed doing.

In your book you described yourself as a “California Tourist Attraction.”

Yes. Everywhere I walked at that time I got ‘lucky.’ Everyone wanted me. Men and women desired me. I got lucky and that’s all it is, I got lucky. I believe that I could provide joy to those, both men and women, some sexual satisfaction and both of us were happy. I did not discriminate. I’m here so any nice person can get laid, no matter what they look like. Not so attractive people are usually loving and kind. I don’t know to this day why people are so afraid of what’s different from them. As for me, when I see someone different from me, I want to get to know them. I don’t understand why to this day people are so afraid of what doesn’t look like them.

In the book, you talk in great lengths of how AIDS affected your friends and how many of your friends lost their lives. Yet you continued to work and getting paid sexually. How scary was that?

Will you say you that you were living a dual life? You held real jobs by day and yet you have an ad at Advocate magazine in the advertisement section?

Yes, it read, “Long Beach Fox, 19, 5’10, blonde, muscular, gorgeous face, surfer type, 8 ½ cut.” At that time, I was doing what I needed to survive. I knew then what I know to this day is that I am a musician. I enjoy sex and I know that is what I had to do to live. I’ve had sex with priests, pastors, Buddhist, Indians, Republicans, you name it, I’ve had sex with them. But what I don’t like is the hypocrisy. I was born into a family of sex addicts and liars. This world who pretended to “protect” me from my family, only to house with more liars, sex addicts and phonies. Being locked up and being on the streets didn’t make me tougher, it made me suffer.

How truthful is this book and how much is fiction?

This is the truth. Everything I said actually happened. I changed some of the names because some of them are still alive and I don’t want to get sued. Some of the stories might be a compilation of two stories but the events I mentioned are real. The one thing I hold dear when I decided to write this book is that I want it to be as authentic and as real as possible. I talk about Long Beach a lot in the book because of how much I love Long Beach. I know how scary and dangerous Long Beach can be. I never embellished how much money I made by having been paid by men. I got lucky. I also have women paying for me at the time and eventually I was able to save money and hid it under my mattress because I didn’t believe in banks. But I was smart and saved. I knew that in the end I would be making music.

In the last chapters you write about your other “pleasure” which is music. Being a working musician today, can you tell us of your inspirations and who you have worked or collaborated with?”

I have always admired the Beatles and Prince. I have others that I like for how incredibly talented they are. As for some that I’ve collaborated with, I’d say Eric Kretz, who’s a drummer now for Stone Temple Pilots. When he first got started, he wanted to form a band with me, but I was too much of a sex addict, so it never turned into anything. But he respected me and I him. I’ve also worked with James Ingram, two-time Grammy Award-winner, who sang the song “Just Once.” Billy Preston who plays keyboard, I played bass for him. I played with Vanity and had sex with her, Neil Young and various other one-hit-wonders. But music will always be in my blood. I’ve had bands, several in fact, played gigs on and off. One thing I know for sure is that music is in my blood and it will always be my go-to whenever I am sad or need inspiration. 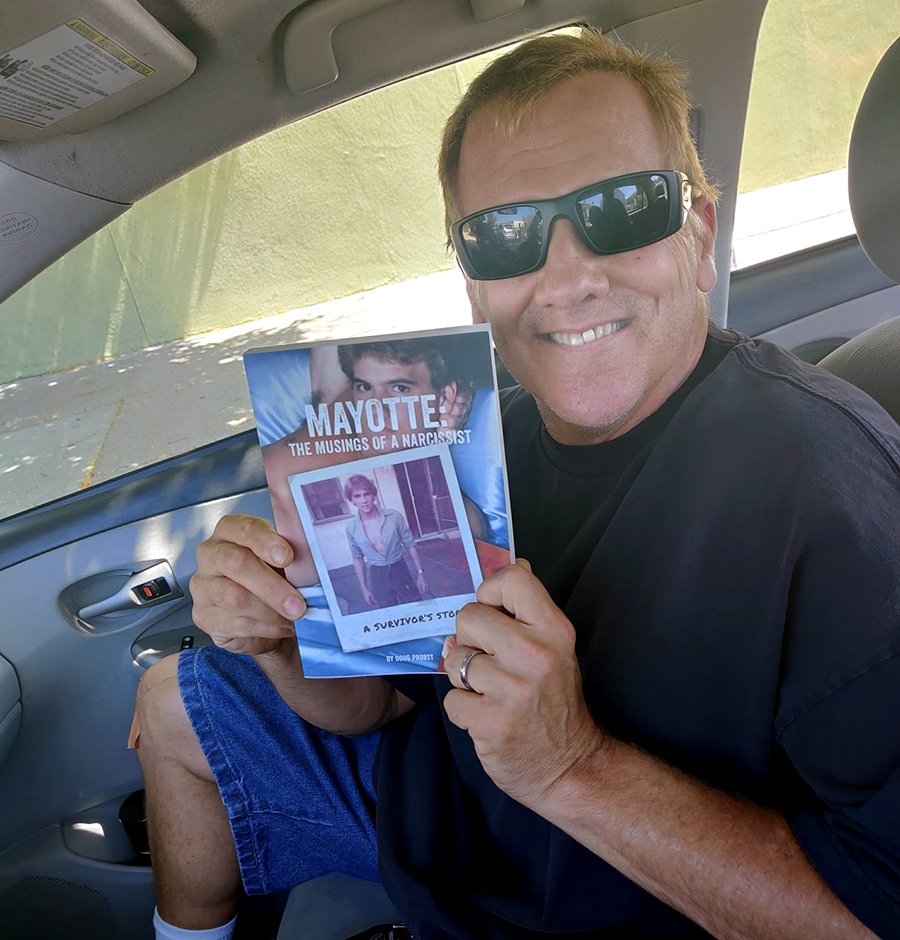 Mayotte: The Musings of a Narcissist. A Survivors Story is available at www.amazon.com. It can also be purchased at www.mayottenow.com.