There was lots to do this past weekend, from the abortion rights rally in Downtown Los Angeles, to the Cruel World Festival at The Rose Bowl, and then there was RuPaul’s DragCon 2022 at the Los Angeles Convention Center–the drag convention that brings pasts (and possibly future) RuPaul’s Drag Race contestants under one roof. A weekend press pass gave us full access to the latter event produced by World of Wonder.

We risked a bout with COVID (and vertigo from so much stimulation) to bring you some looks that made us fall back in what is known in the drag world as a death-drop. There was too much to see and nearly impossible to capture it all.

Fashion aside, the weekend also brought an array of panel discussions that included topics ranging from trans rights, drag-based activism, and makeup tutorials, to fashion shows.

Friday began with a ribbon-cutting ceremony, followed by a gag-inducing runway show for the Gods (as they say) on a giant pink carpet. The morning event was reserved for fans with VIP placards and select members of the press (the crowd was massive).

However, the real reason most fans shelled upwards of $419.00 for weekend passes to RuPaul’s DragCon 2022, was to meet and greet some of their favorite queens and to take a perfectly lit photo before a ring light for social media purposes. Like previous years, the exhibits can harshly devide the popular from the not so popular drag personas based on the crowds they attract. It’s always a coin toss where some of the drag villains can attract more crowds than the more lovable queens. 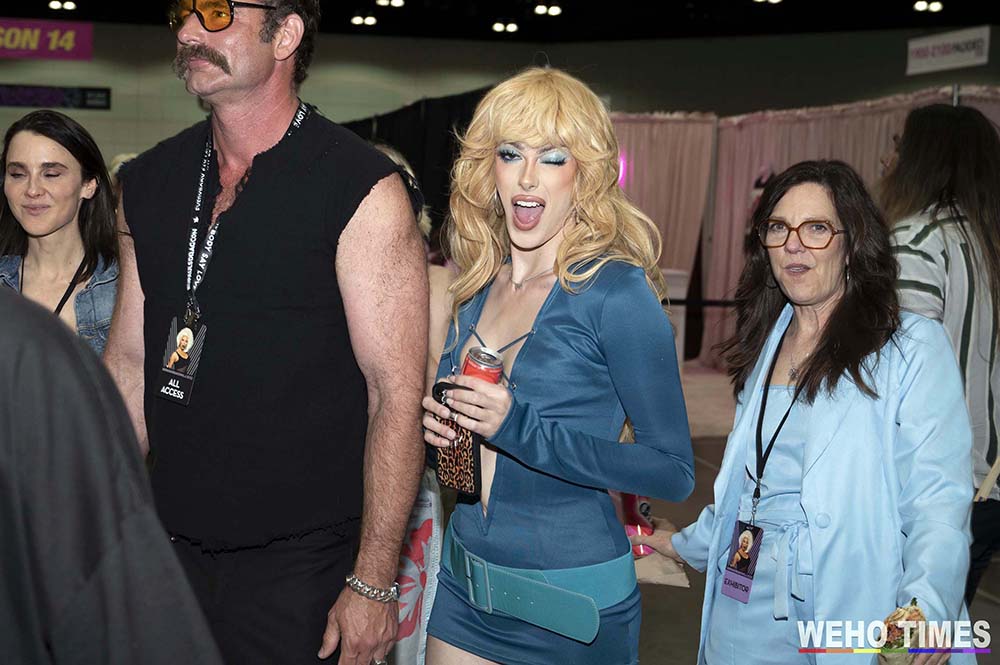 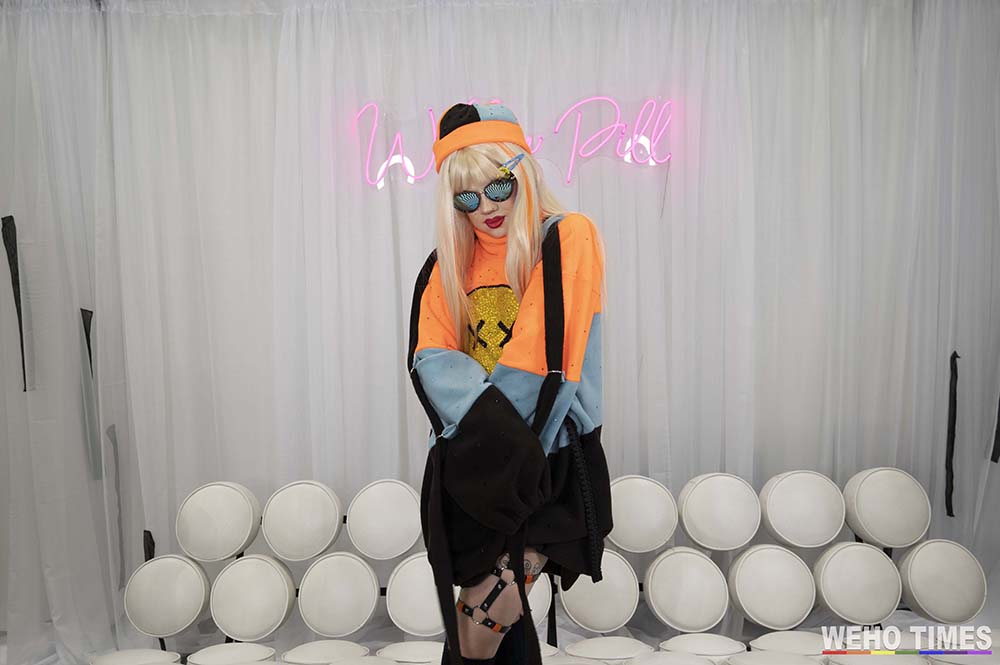 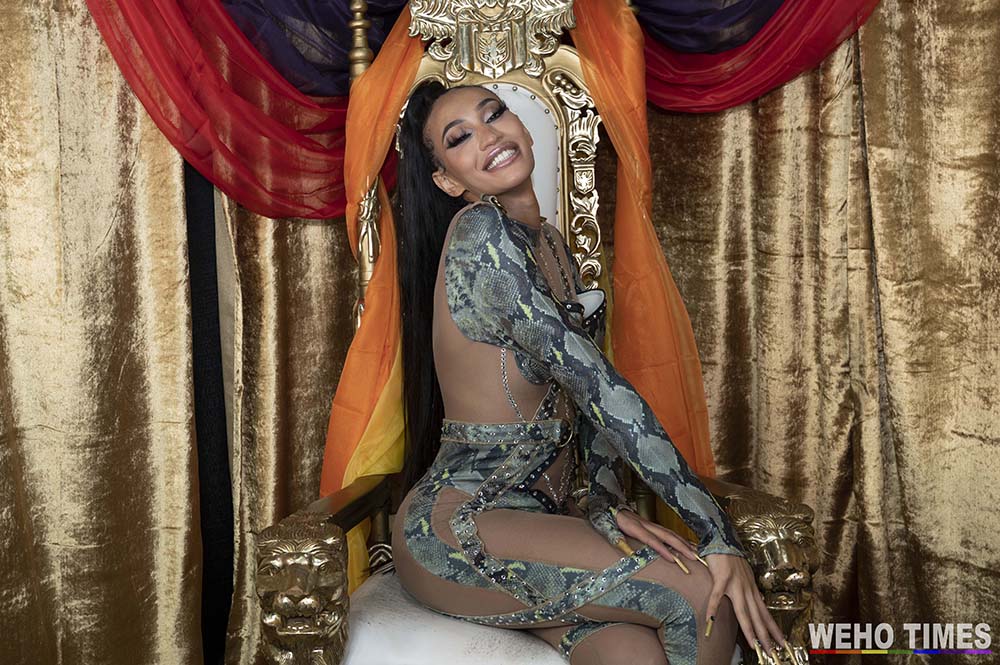 For example, Jimbo’s VIP line was just as long as the general admission line, fans camped out to see the most recent reigning queen Willow Pill, and despite being demonized on Twitter, Daya Betty did not have a shortage of fans waiting for hours to meet one of the four finalist from Season 14. It was the same goes for Kandy Muse, who was lovable and huggable in a glittery Care Bear oversized shirt. 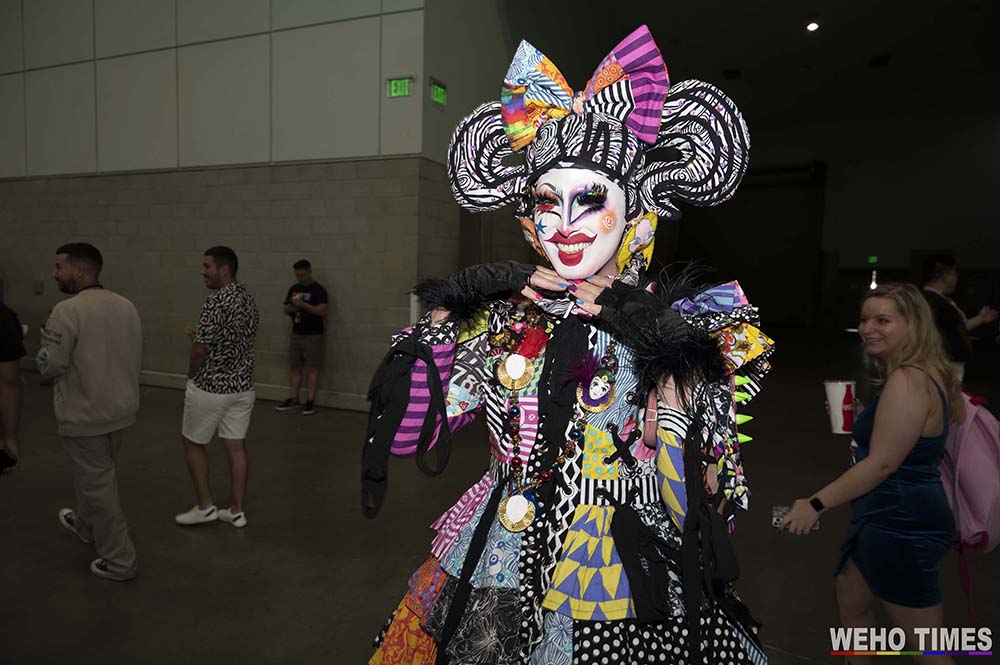 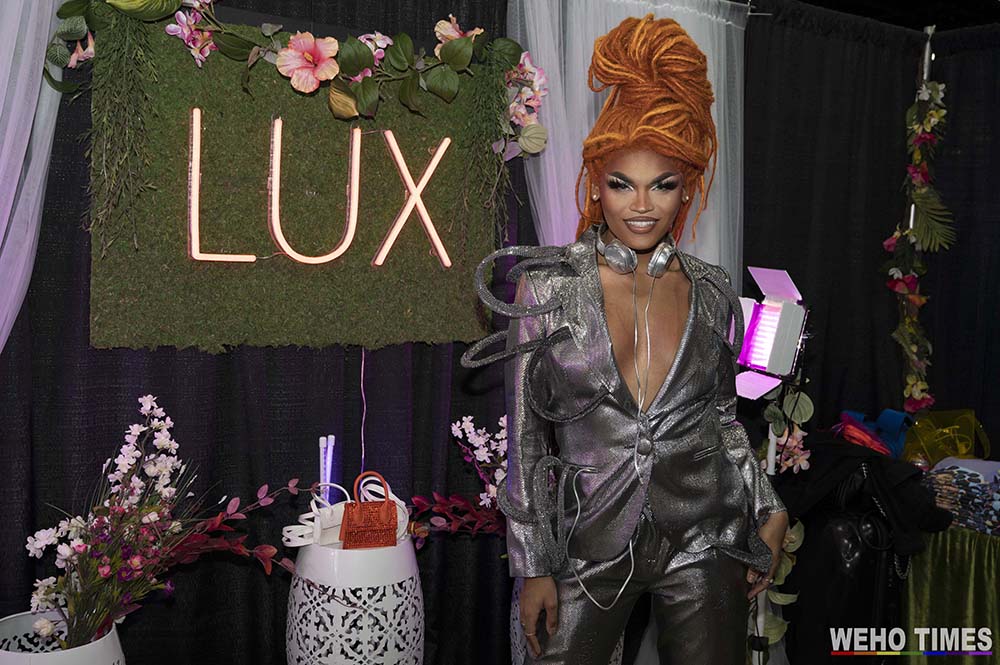 There is one queen who stood out from the rest this past weekend. We’re talking about Miss Symone, the winner of Season 14 (snapping fingers in the air). There is no question about it, Symone personafies the essence of drag art. One need not look further than the patch of land she rented at DragCon, which she transformed into the SYMOMA art museum. It was meticulously done with the right amounts of negative space. Inside, guests were given an up-close and personal encounter with some of Symone’s most iconic costumes (the gold Met Gala dress was a sight to behold in person, but the shredded bedazzled jeans she wore to the finale of Season 14 was a scene stealer). SYMOMA also offered some of the queen’s over-the-top wig sculptures, and there was photography to enjoy while you waited to meet the walking, breathing, posing work of art, who sat regally on a vintage chair and was ready for her close up in your smartphone. 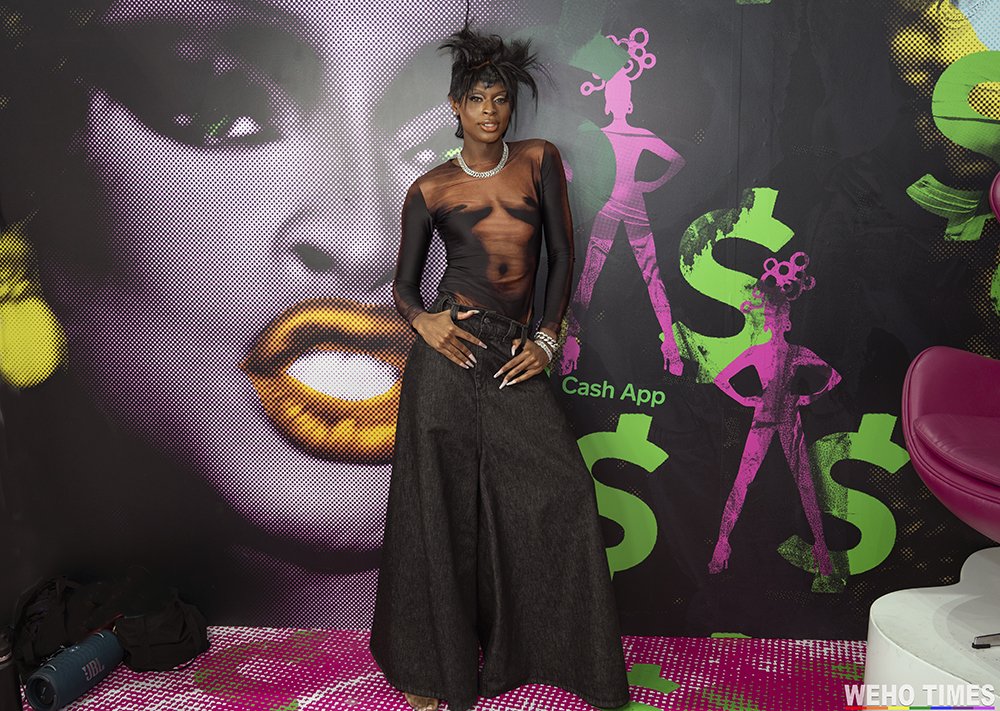 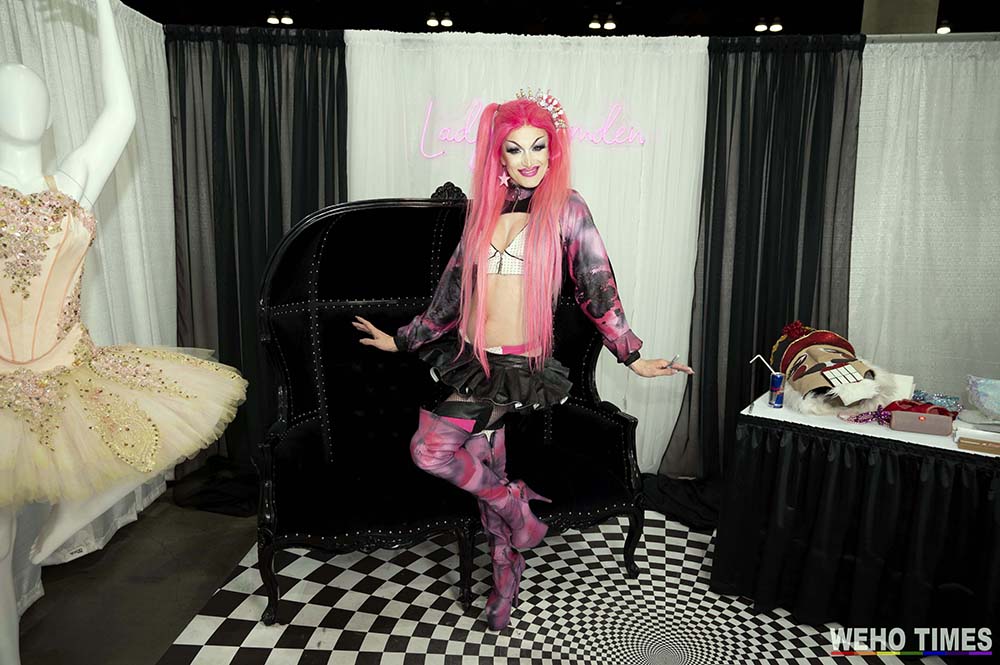 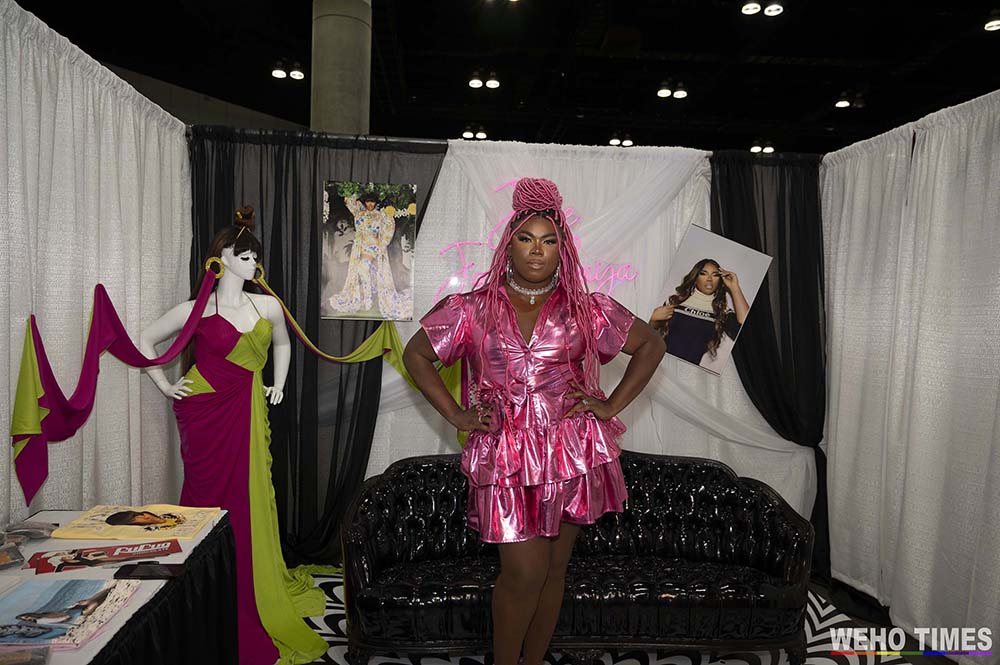 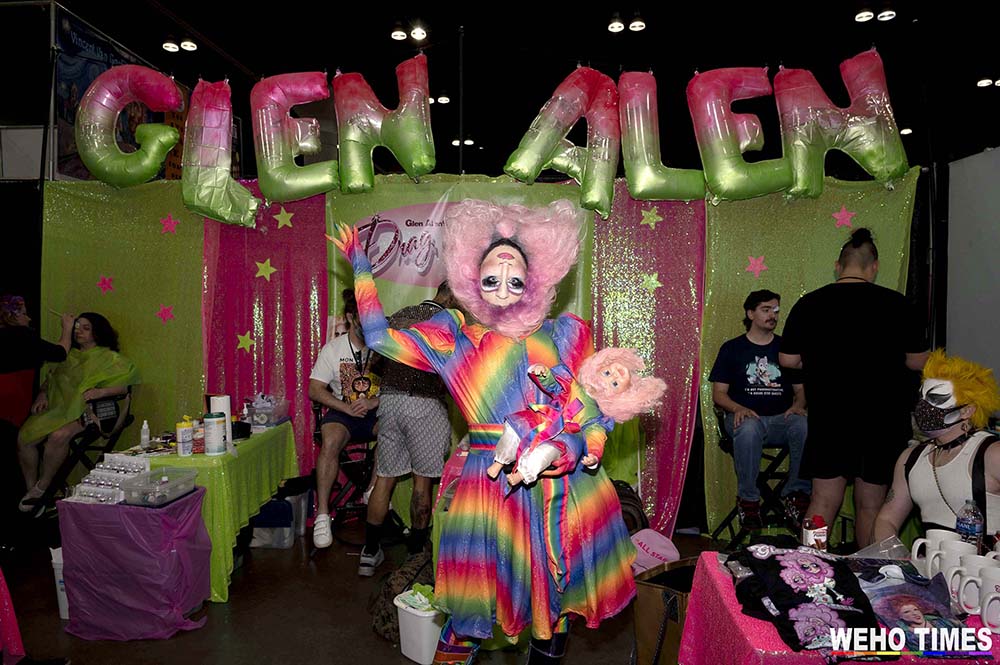 Then there was the mistress of ceremonies Rupaul, who seemed more accessible this year than years past–especially on Saturday, where he was seen on a DJ booth high above the main stage pretending to spin records. He was up there for hours waving at fans and dancing (after the third hour, we began to wonder if he was a hologram). He also didn’t play a single one of his own songs, which was mighty impressive. 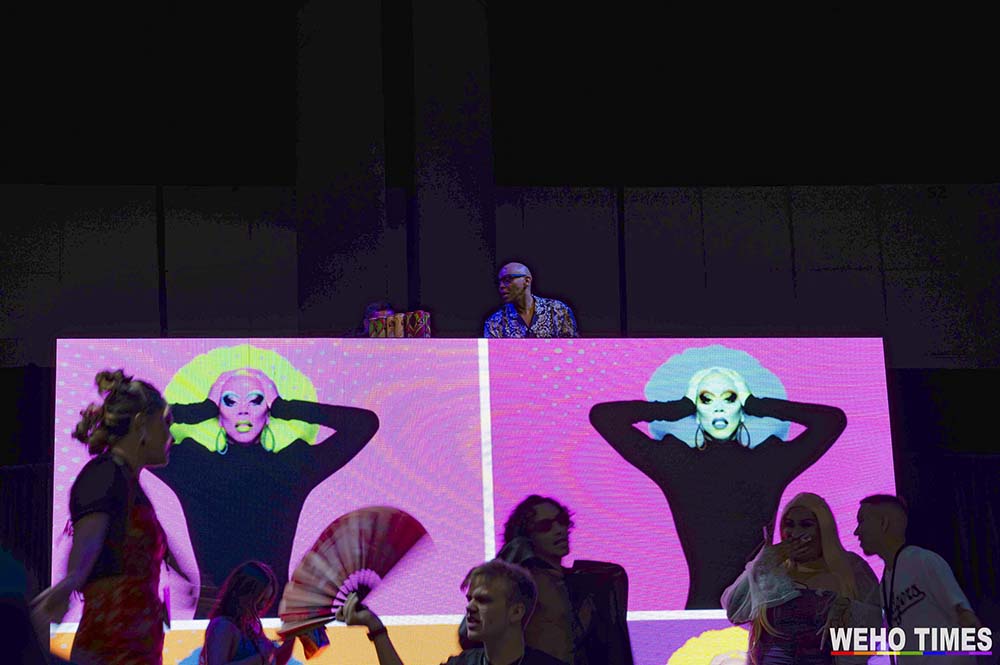 “The return of DragCon LA exceeded my wildest expectations,” said RuPaul. “To our dazzling queens, our amazing vendors, and each and every one of our beautiful attendees, thank you for 3 dragalicious days of love, light and laughter. It takes a village, people!

Lastly there were the random queens on the pink carpet–some who turned out fiercer looks than the more seasoned RuPaul queens (the hot pink Chewbacca made made the gays gasp and the queens gag). 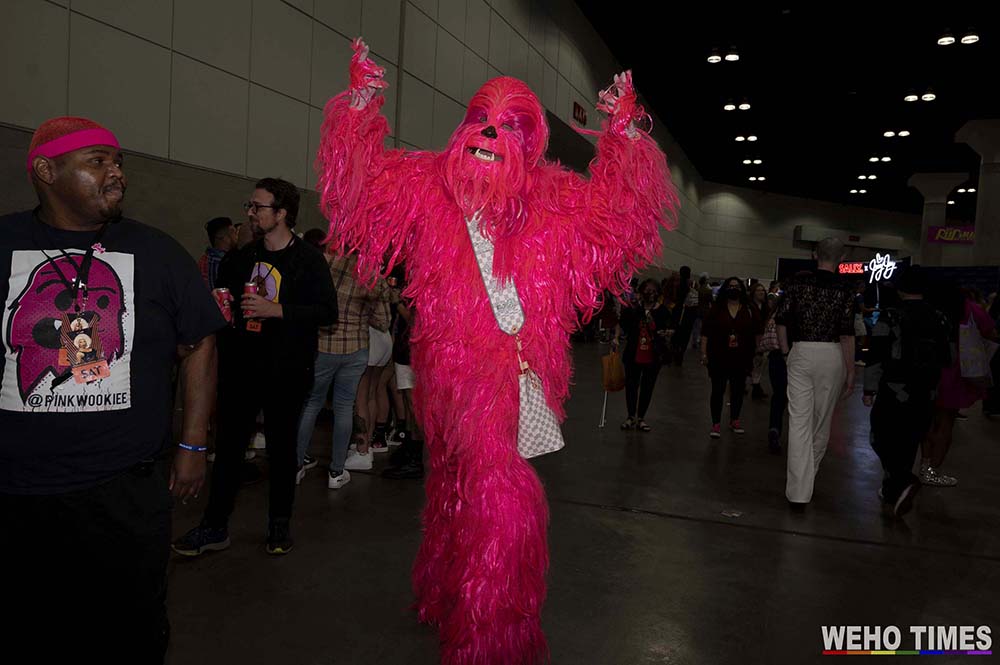 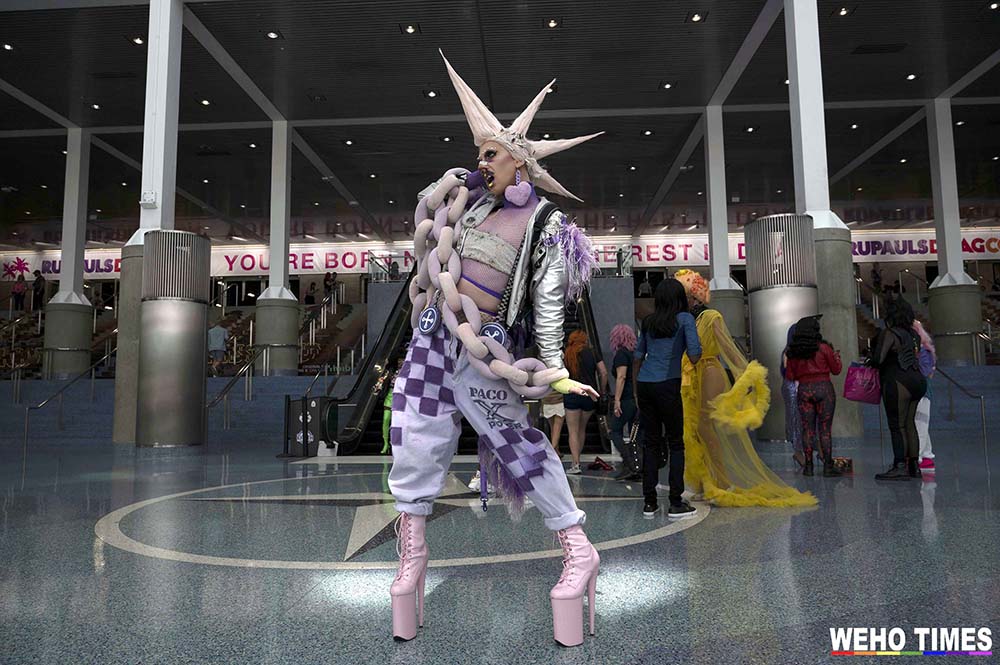 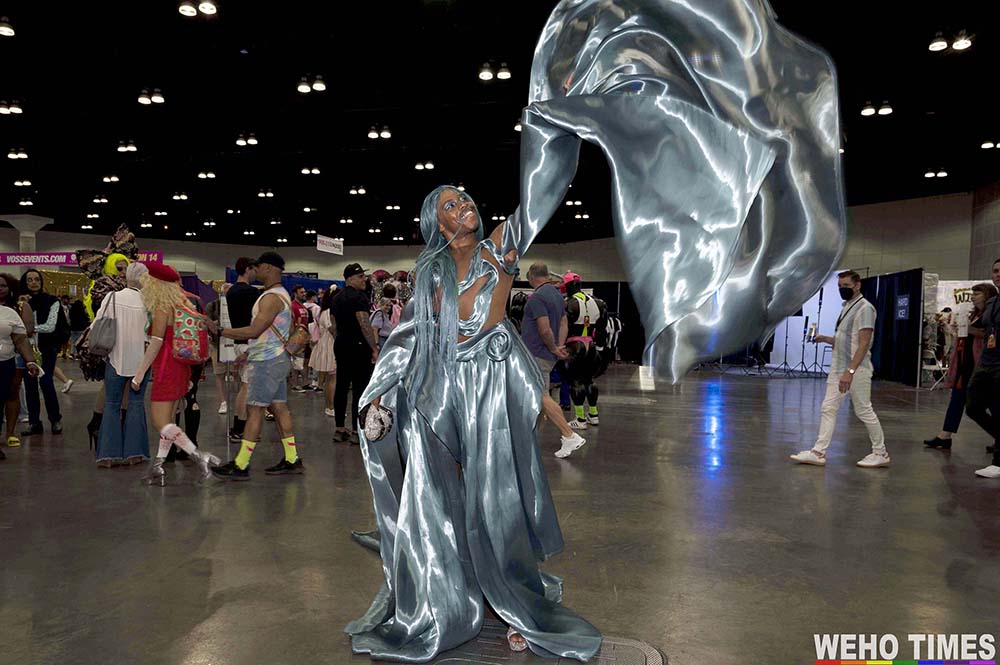 It was nearly impossible to catch all the queens due to scheduling of panel discussions, brief performances on the Main Stage, and bathroom breaks, but there was still plenty to catch (still waiting on that COVID test) if you’re standing at the right place and time. We’re sorry we missed Bosco, Jimbo, Jorgeous, Alaska and Michelle Visage who kept herself hidden behind a curtain this year (but wait, LOOK! There’s Carson Kressley). 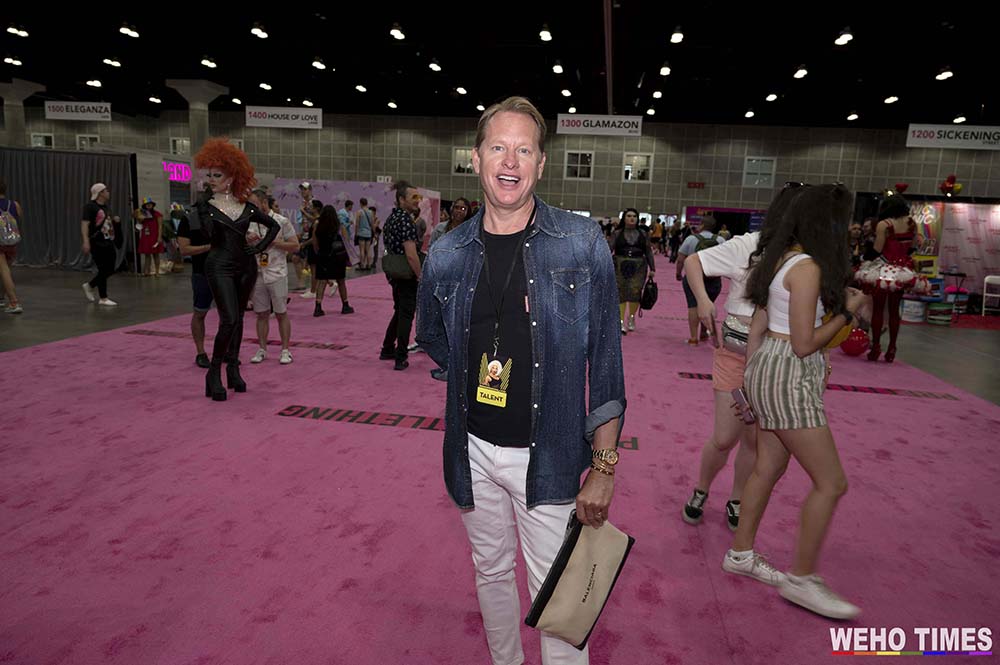 DragCon premiered to the world in 2015 and has not slowed down since. After its debut in Los Angeles, DragCon expanded to New York, the United Kingdom and South Africa. DragCon has become an international event. In 2020, DragCon went digital due to the pandemic.

The celebration continues later this week as ‘RuPaul’s Drag Race All Stars 7’ makes its global debut on Friday, May 20.