Halloween weekend brought crowds in costumes and plenty of traffic to the rainbow district for WeHo Halloween weekend before Halloween night on Monday, October 31, 2022. The City of West Hollywood cancelled its Annual Halloween Carnaval event again this year “in accordance with protecting health and safety during the City’s response to the COVID-19 pandemic…”—However, that didn’t stop Halloween party goers from hitting Santa Monica Boulevard and causing traffic jams that lined for miles.

A lot of people dressed up Saturday night and there were costumes on the street during the day on Sunday, which means Sunday night will be just as crowded in preparation for Monday night, which will attract a much larger crowd for Halloween.

Last night’s problem areas seemed to be experience the most overcrowding around OutZone that congested the sidewalk. Fiesta Cantina, Stache WeHo, and Rocco’s WeHo had hordes of people stuck as they squeezed through. The combination of people waiting in long lines to get into their favorite venue and people parading themselves on the Boulevard, left some people no choice but to step onto Santa Monica Boulevard to keep moving, while cars were at a complete halt.

The city encouraged bars, nightclubs, restaurants and hotels to host and produce small-scale events for Halloween, but a lot of establishment in the Rainbow District didn’t even bother to decorate for Halloween.

At a regular West Hollywood meeting on Monday, October 17, 2022, Director of Community Safety Danny Rivas gave the city council a brief report on the City’s Halloween Safety Plan for Halloween weekend beginning Friday, October 28 through Monday, October 31, 2022, in anticipation of a busy nightlife in the Rainbow District. 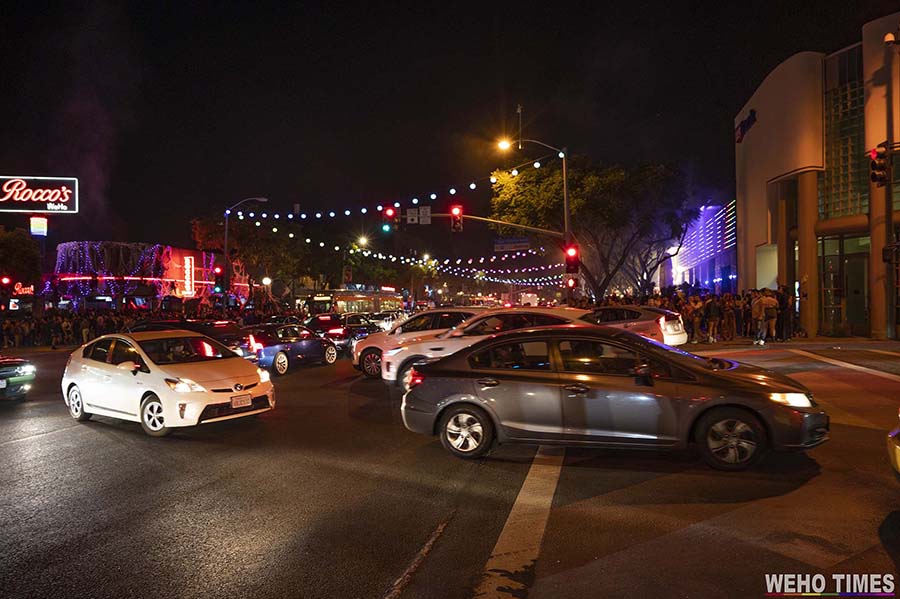 The plan includes an increased level of public safety personnel working from Friday through the entire weekend, as well as Halloween itself. Safety personnel will include officers from West Hollywood Sheriff’s Station, Los Angeles County Fire Department, members from Security Ambassador Program, as well as City Code Enforcement and other department staff involved in safeguarding the public and maintaining our existing infrastructure such as removing our trash and pressure washing our sidewalks.

The crowds prove West Hollywood is still a Halloween destination. Some costumes great, but others getups were not up to the caliber that the Carnaval tends to inspire. However, there were still some very noteworthy moments that were captured below.