The City of West Hollywood honored veterans and active members of the United States Armed Forces during its annual 2022 Veterans Day ceremony this morning, Friday, November 11, 2022, at the Sal Guarriello Veterans’ Memorial, located on the corner of Santa Monica Boulevard and Holloway Drive. 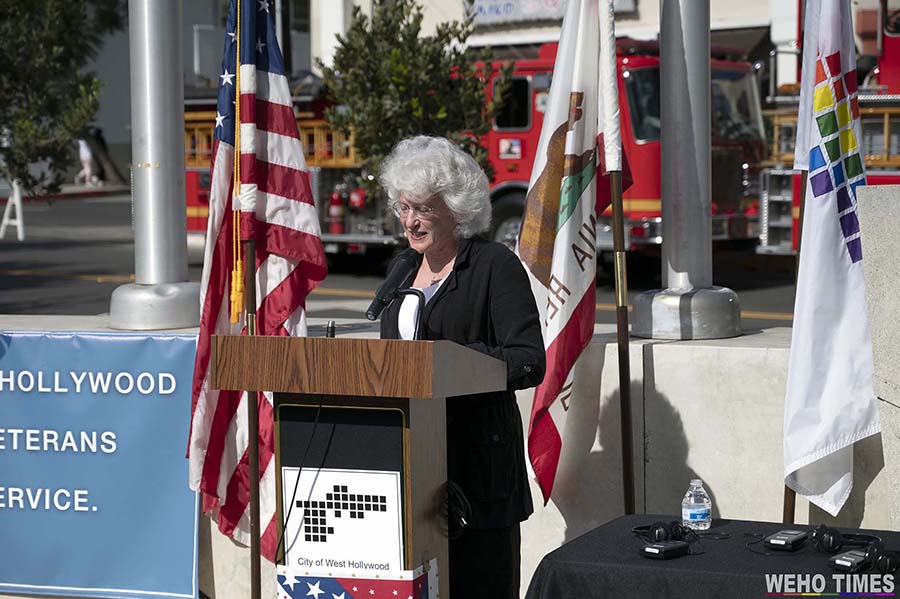 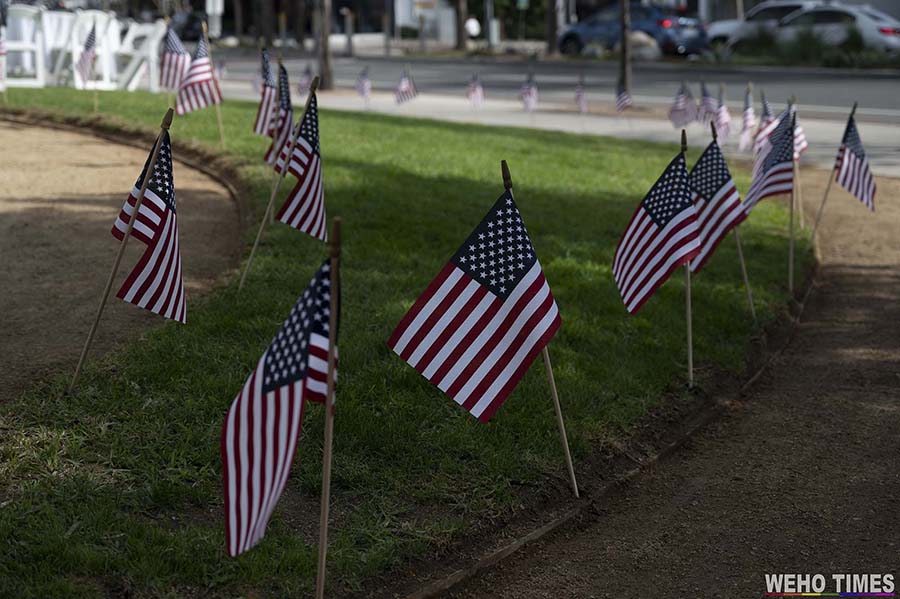 The program featured a presentation of wreaths by West Hollywood Mayor Lauren Meister, the playing of Taps by Michael Kallin, presentation of colors by UCLA ROTC Air Force Color Guard, Pledge of Allegiance by Andy Harland and a rendition of the National Anthem by Gay Men’s Chorus Los Angeles. The Mayor and council members gave remarks before introducing the main speakers.

The first speaker was Bradley Slumson, the Director of Operations and Co-Founder of
Operation Blankets of Love (OBOL) one of the few organizations assisting veterans with pets, including homeless and low-income veterans with pets. Brad helping vets with their pets on a Stand Down Day. OBOL is a one-of-a-kind animal welfare and emergency
relief non-profit organization that works to help to save the lives of homeless animals. Since 2008, OBOL has been providing pet food, and critical pet items to animal rescues and shelters. This makes the dogs and cats healthier, happier and more adoptable. 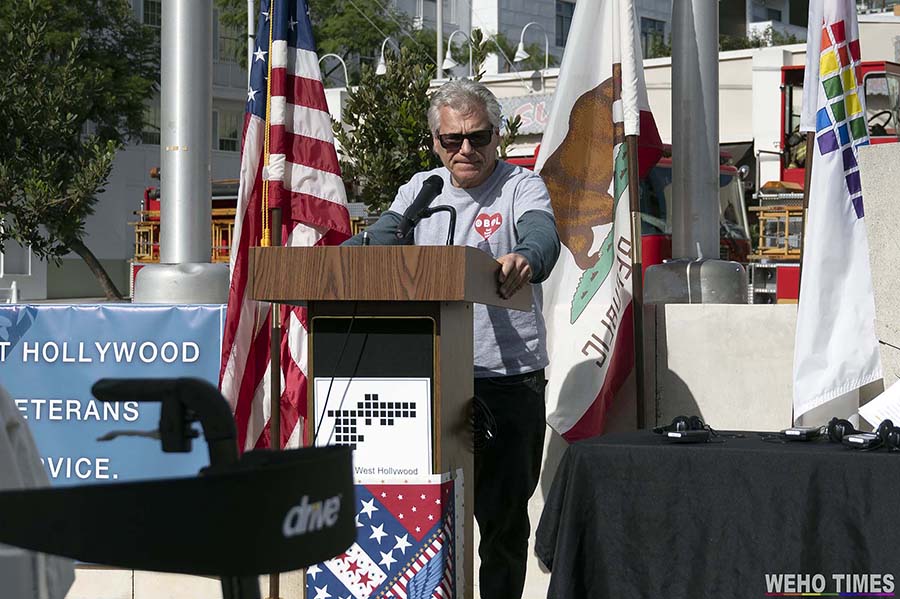 The second main speaker was Tess Barragan Banko, MSW/MPA (USMC Veteran) who
serves as the Project and Community Development Director for the West Los Angeles Veterans Collective WLAVC.org), a billion-dollar transformative effort that will result in the largest permanent supportive housing and services community for homeless and at-
risk Veterans, families and caretakers in the nation aboard the 70+ acre North Campus of the West Los Angeles Veterans Administration (VA) campus. 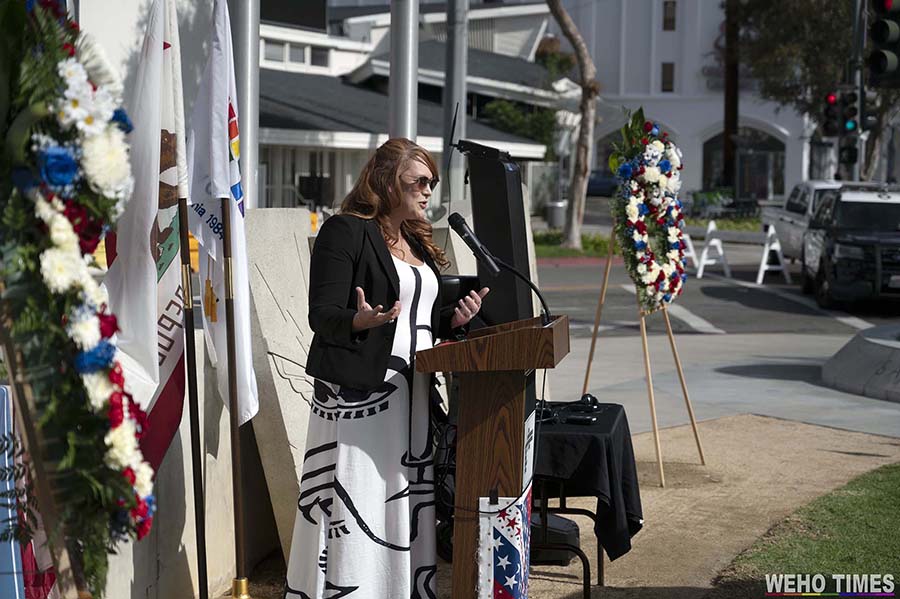 Both speakers were given a City Proclamation at the end of the ceremony. 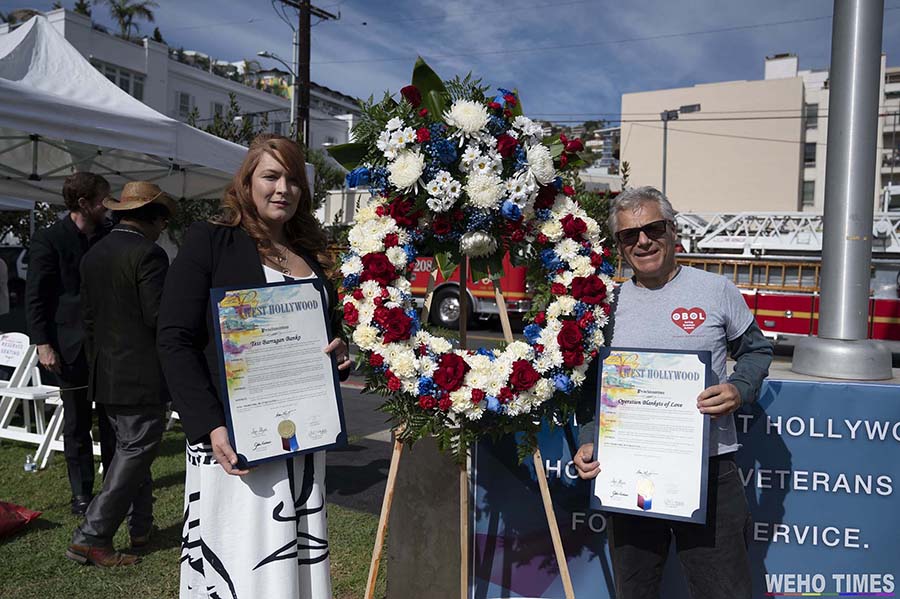